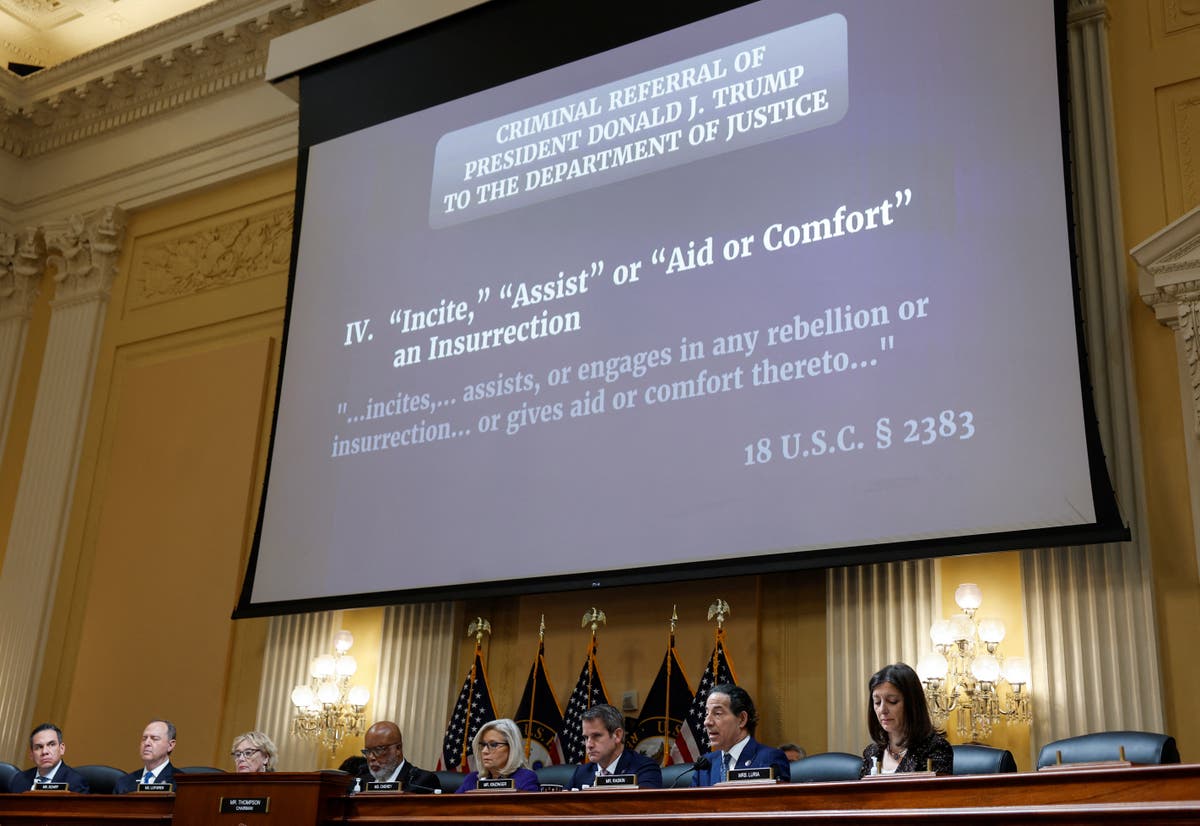 A US House committee investigating the 2021 Capitol insurrection has recommended criminal charges be pursued against Donald Trump.

The recommendations came after an eighteen-month investigation into the chaotic scenes on January 6 last year where thousands of Trump supporters attempted to prevent the peaceful transfer of power to Joe Biden.

The Democratic-led panel recommended that Trump and others be charged with obstruction of an official proceeding, conspiracy to defraud the United States, and conspiracy to make a false statement to the federal government.

A fourth referral was made against Trump for the charge of “inciting, assisting or aiding or comforting an insurrection.”

The vote, which passed unamiously, is unprecedented.

Announcing the recommendations, Democratic Rep Jamie Raskin said: “Ours is not a system of justice where the foot soldiers go to jail and the ringleaders get a free pass.” 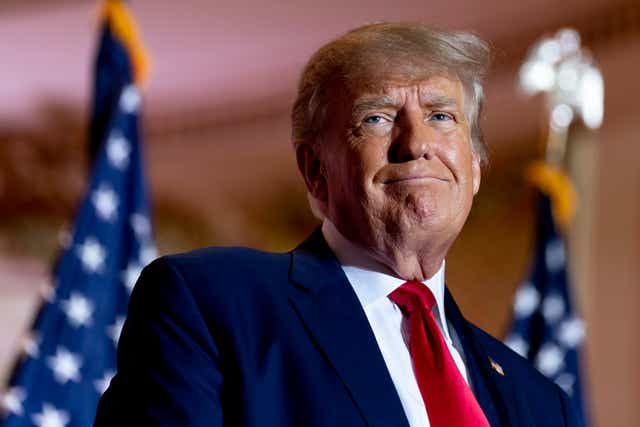 Former US president Donald Trump
While potentially damaging to Trump’s bid to win the presidency in 2024, the recommendations are non-binding and the Justice Department has the decision on whether to pursue prosecutions.

“If we are to survive as a nation of laws and democracy, this can never happen again," said Rep Bennie Thompson, the select committee’s chairperson, said as the meeting began.

He slammed Trump for summoning the mob to the Capitol and said his unfounded claims of electoral fraud had undermined faith in American democracy.

“If the faith is broken, so is our democracy. Donald Trump broke that faith," Rep Thompson said.

The panel’s Republican vice chairwoman, Wyoming Rep. Liz Cheney, said in opening remarks that every president in American history has defended the orderly transfer of power, "except one."

A final report is expected to be released in full on Wednesday. 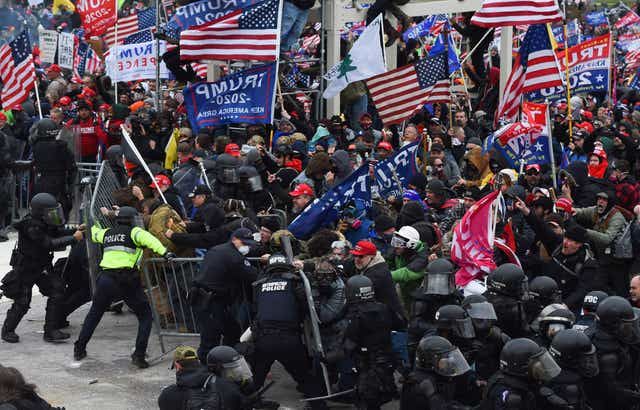 The panel conducted more than 1,000 interviews since it launched in July 2021.

Many of Trump’s former aides testified about his unprecedented pressure on states, on federal officials and on Vice President Mike Pence to find a way to thwart the electoral result.

The committee also heard in great detail how Trump riled up the crowd at a rally that morning and then did little to stop his supporters for several hours as he watched the violence unfold on television.

Trump has faced a series of legal problems since leaving office.

His real estate company was convicted on December 6 of carrying out a 15-year-long criminal scheme to defraud tax authorities.

However, Trump has dismissed the many investigations he faces as politically motivated. He says the January 6 committee is biased against him.

He said before the meeting on his Truth Social platform: “The highly partisan Unselect Committee is illegally leaking confidential info to anyone that will listen.

“How much longer are Republicans, and American Patriots in general, going to allow this to happen."

Oh ya 40 days ago
Trump is 1 and done. He will not admit to there being a problem with his clot shots and millions are dying. The States needs a leader that can admit mistakes were made and his ego will never let that happen. This message will mean more to you if you lose a loved one to sudden death syndrome

Brad 40 days ago
Soon, all these J6 Jeffrey Epstein files will be released after Trump runs during 2024.
Pedophile connections to all these J6 panels that deserve prison time for $200,000,000 million wasted on Donald Trump fake crimes
View all comments (2)Add comment