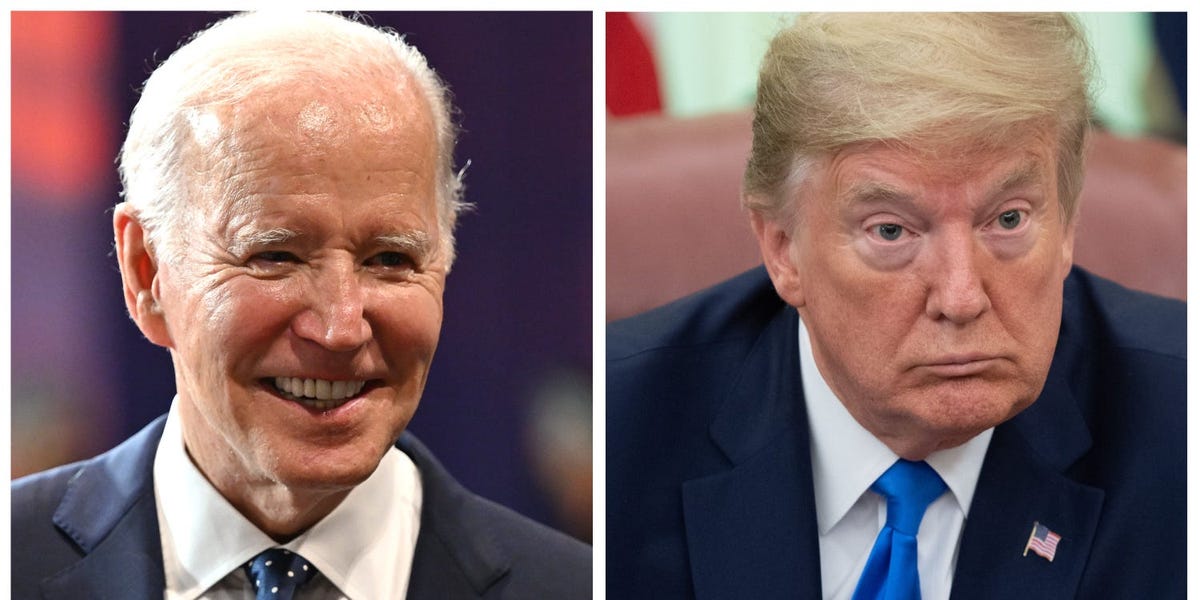 President Joe Biden mocked what his predecessor billed as a "MAJOR ANNOUNCEMENT!" on Thursday with one of his own, releasing a checklist of his administration's recent accomplishments.
Shortly after Donald Trump announced that he's selling NFT "trading cards" for $99 each, Biden tweeted, "I had some MAJOR ANNOUNCEMENTS the last couple of weeks, too…"

It's not the first time Biden has made fun of Trump on Twitter.

Trump's big announcement came a day after he teased it on Truth Social, leaving people to speculate about whether he would announce a 2024 running mate.

Instead, the former president released a cartoon image of himself dressed as a superhero and announced on Truth Social that his "limited edition" digital trading card NFTs "feature amazing ART of my Life & Career!" He directed customers to a new website to purchase the cards and explained that they're "very much like a baseball card, but hopefully much more exciting."

He introduces himself in a video on the website as "hopefully your favorite president of all time, better than Lincoln, better than Washington." The "artwork" displayed in the video portrays his likeness on Mount Rushmore, holding a torch near the Statue of Liberty, riding an elephant or shooting laser beams from his eyes as he rips open his shirt to reveal a superhero body.

Each card comes with a chance to win prizes, such as dinner with Trump or golf at one of his "beautiful" courses. "This makes a great Christmas gift," he says.
#Donald Trump  #Joe Biden

Me 52 days ago
Biden caused the inflation that he's taking credit for reducing and his war on fossil fuel is far from over. Who cared about Britney Spears? She's just another fraud by this fraudulent administration. Every "win" by Biden is a loss for the US and freedom.

Oh ya 52 days ago
Trump has lost his mind. DeSantis will send Trumpy back to the golf course where he can spend the rest of his days knowing that he was 1 and done. His kids must be horribly embarrassed. His youngest son will likely leave home and go live with slow joe and his nurse as it would be less embarrassing than living with Mr Ego
View all comments (2)Add comment