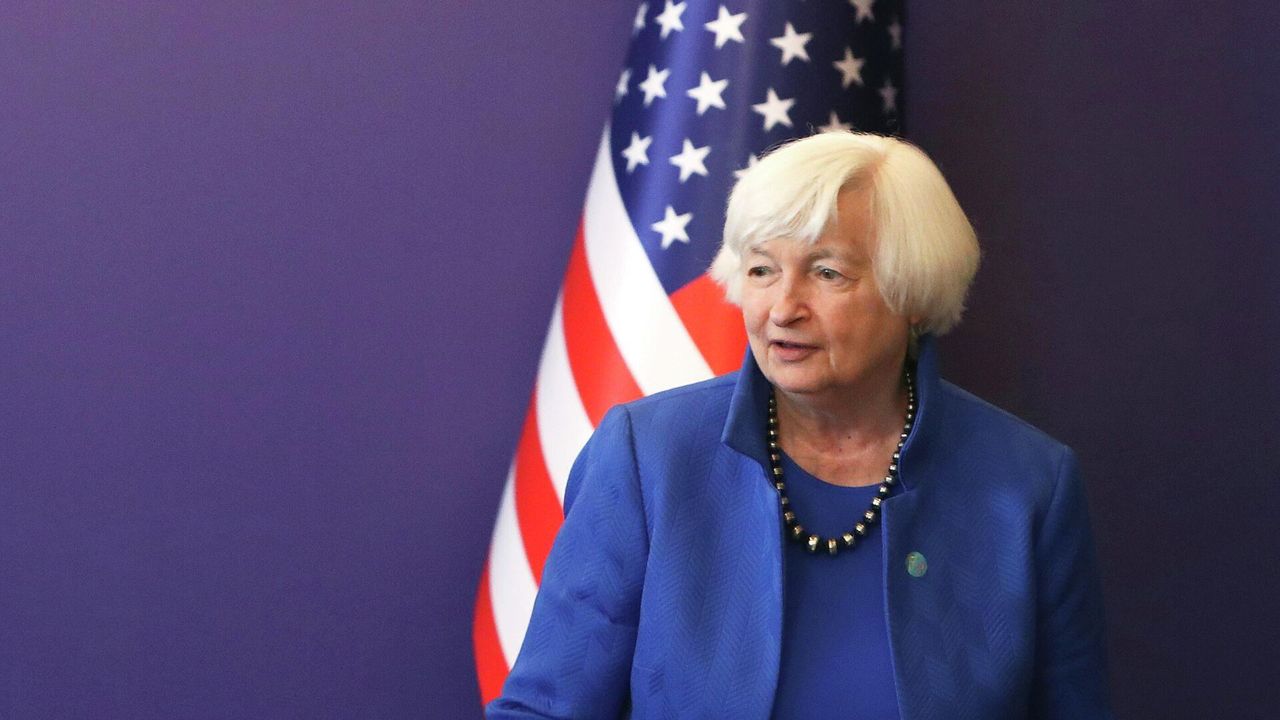 Listen to the article
0:00
0:00
US Treasury Secretary Janet Yellen suggested federal officials could launch a national security review into Elon Musk’s purchase of Twitter
The senior US official previously said there was “no basis” for an investigation into the $44 billion deal

US Treasury Secretary Janet Yellen has said federal officials could seek to launch a review into billionaire entrepreneur Elon Musk’s recent purchase of Twitter if it were deemed to carry national security risks.

Speaking at an event hosted by the New York Times on Wednesday, Yellen claimed she “misspoke” when she said there was “no basis” to investigate Musk or his finances during an interview earlier this month, now clarifying that the government could take that step after all.

“I’m not going to say specifically what we are looking at. We don’t comment on what’s in progress,” she said, but added the Treasury “does look at transactions that involve foreign investments in the United States to see if they create national security risk.”

While she stopped short of confirming that a probe was underway, Yellen said: “if there are such risks it would be appropriate for the Treasury to have a look.”

The secretary’s comments follow earlier reports that the Treasury had already requested approval to begin reviewing Musk’s Twitter deal, though sources told the Washington Post at the time that such actions are “fairly routine” and do not always result in a full-fledged investigation.

Earlier this month, President Joe Biden also stated that Musk’s “relationships with other countries is worthy of being looked at,” following reports that foreign investors such as Saudi Prince Alwaleed bin Talal now hold significant stakes in Twitter. However, Biden stressed that he was not claiming the billionaire had done anything “inappropriate,” and did not indicate that he was under investigation.

Musk has faced pressure from abroad as well, with the European Commission recently threatening to ban Twitter outright should the platform run afoul of the EU’s digital regulations. According to a Wednesday report in the Financial Times, the bloc has presented Musk with a “checklist of rules” and demanded he submit to an “extensive independent audit” sometime next year, insisting Twitter must continue to “aggressively” police disinformation and hate speech.

The billionaire has repeatedly vowed to make Twitter a bastion of free expression, even suggesting an “amnesty” for previously banned accounts so long as they did not violate the law or post spam. However, critics have argued the more hands-off approach will foster hatred, extremism and misinformation online, with some even urging major platforms like Apple and Google to remove Twitter from their app stores.
#Joe Biden  #Elon Musk

Oh ya 66 days ago
Yes it is routine but it is MORE routine if the owner supports a Republican.
View all comments (1)Add comment