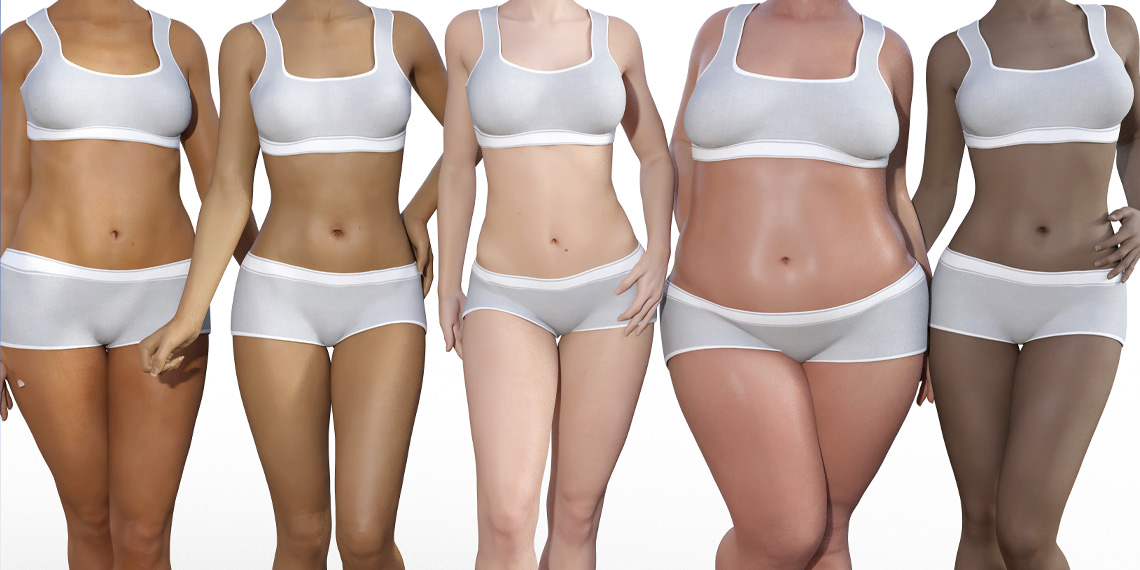 Listen to the article
0:00 / 0:00
Voice by MediaWorks
New research provides evidence that how women judge the transition from normal to overweight in other women’s bodies is related to perceptions of their own body size and their body dissatisfaction. The findings have been published in the journal Frontiers in Psychology.
“There are laboratory studies showing that one’s assessment of other people’s body sizes can be modified by re-training, which is relevant to eating disorders,” said lead researcher Katri Cornelissen, a senior lecturer at Northumbria University, Newcastle.

In the new study, 129 women from provided demographic information along with their height and weight (which was used to calculate their BMI) before completing measures of eating disorder symptoms, body dissatisfaction, depression, and self-esteem.

The participants were then shown a series of photorealistic computer-generated images of a female body that varied in BMI from 12.5 (underweight) to 44.5 (obese). They were asked to “Find the best match to your own body size/shape” and to “Find where the woman just changes from normal size to overweight, in your opinion.” All participants completed both rating tasks, but the order of the tasks was randomized. They also completed a distractor task between the two rating sessions “to minimize any carry over between the two kinds of body size judgment.”

The researchers found that the participants’ actual body size (their calculated BMI) was unrelated to their judgments of the position of the “normal/overweight” boundary. But the size participants perceived themselves to be was related to their judgments of the “normal/overweight” boundary.

The findings demonstration that “misperception of own and others body size is not restricted to people with eating disorders and is common to everyone,” Cornelissen told PsyPost.

“In other words, there are two opposing influences that we can identify (perceptual factor and the attitudes and feelings you have about your own body) that are impacting on the point someone else is perceived as overweight.”

Future research could investigate whether the findings extend to other cultures and to non-adults. The participants were recruited from the United Kingdom, Poland, Norway, and the Czech Republic, and they ranged in age from 18 to 53. “There are obvious caveats: the extent to which the same phenomena is same or different in children and whether the same phenomena holds across non-western cultures,” Cornelissen said.

“Extensive research has shown that perceptions and attitudes you have about your own body are strongly influenced by a) the extent to which you internalize the cultural information about ideal body shape and size, and b) the extent to which you compare yourself to your peers. It is highly likely that both of these influences play important part in the effects identified in the current study, and will need to be explicitly measured in the future.”

Despite the caveats, “the findings are of clinical importance,” Cornelissen explained. “In people with eating disorders, untreated body dissatisfaction (the difference between the size you are the size you think you are) is a risk factor for relapse. Therefore, the current study may help to establish the rationale for novel additional treatments to alleviate body image dissatisfaction over and above treatments as usual.”