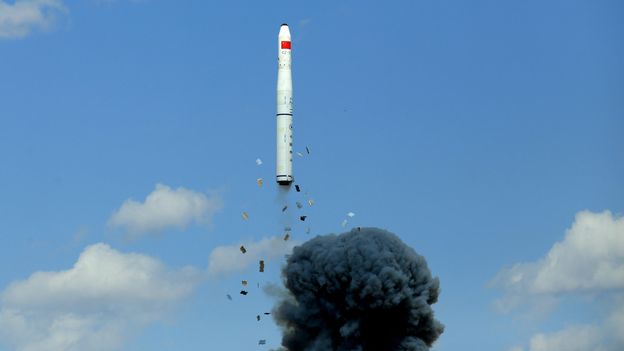 What's the risk of being hit by falling space debris?

The end of a satellite's journey usually results in a fiery descent to Earth. With more in space than ever before, predicting where and when they land will become a pressing challenge.

Earlier this year, there were two separate incidents of space debris hurtling back to Earth in unexpected places.

The uncontrolled re-entry of a Chinese Long March 5B rocket over Malaysia was swiftly followed by reports in July of some spacecraft parts turning up in regional New South Wales, Australia – now confirmed to be from a SpaceX Crew-1 mission.

As the space industry grows, it's safe to say such incidents will only become more frequent – and they could pose a risk. But how much of a risk, exactly?

Space debris refers to the leftover components of a space system that are no longer required. It might be a satellite that has reached the end of its life (such as the International Space Station will when it reaches the end of its operational life in 2031), or parts of a rocket system that have fulfilled their purpose and are discarded.

To date, China has launched three Long March 5B rockets, and each has been deliberately left in an uncontrolled orbit. This means there was no way of knowing where they would land.

As for the SpaceX debris found in the Snowy Mountains, Australia, SpaceX de-orbits its rocket parts in a controlled fashion, and designs other components to burn up upon re-entry into Earth's atmosphere. But as you can see from the latest news, these things don't always go to plan.

So how dangerous is space debris, really?

Well, as far as we know only one person has ever been hit by it. Lottie Williams, a resident of Tulsa in Oklahoma, US, was struck harmlessly in the shoulder by a piece in 1997. It was about the size of her hand and thought to have come from a Delta II rocket. She picked it up, took it home and reported it to authorities the next day.

However, with more and more objects going into space, and coming back down, the chances of someone or something being struck are increasing. This is especially true of large, uncontrolled objects such as the Long March 5B. 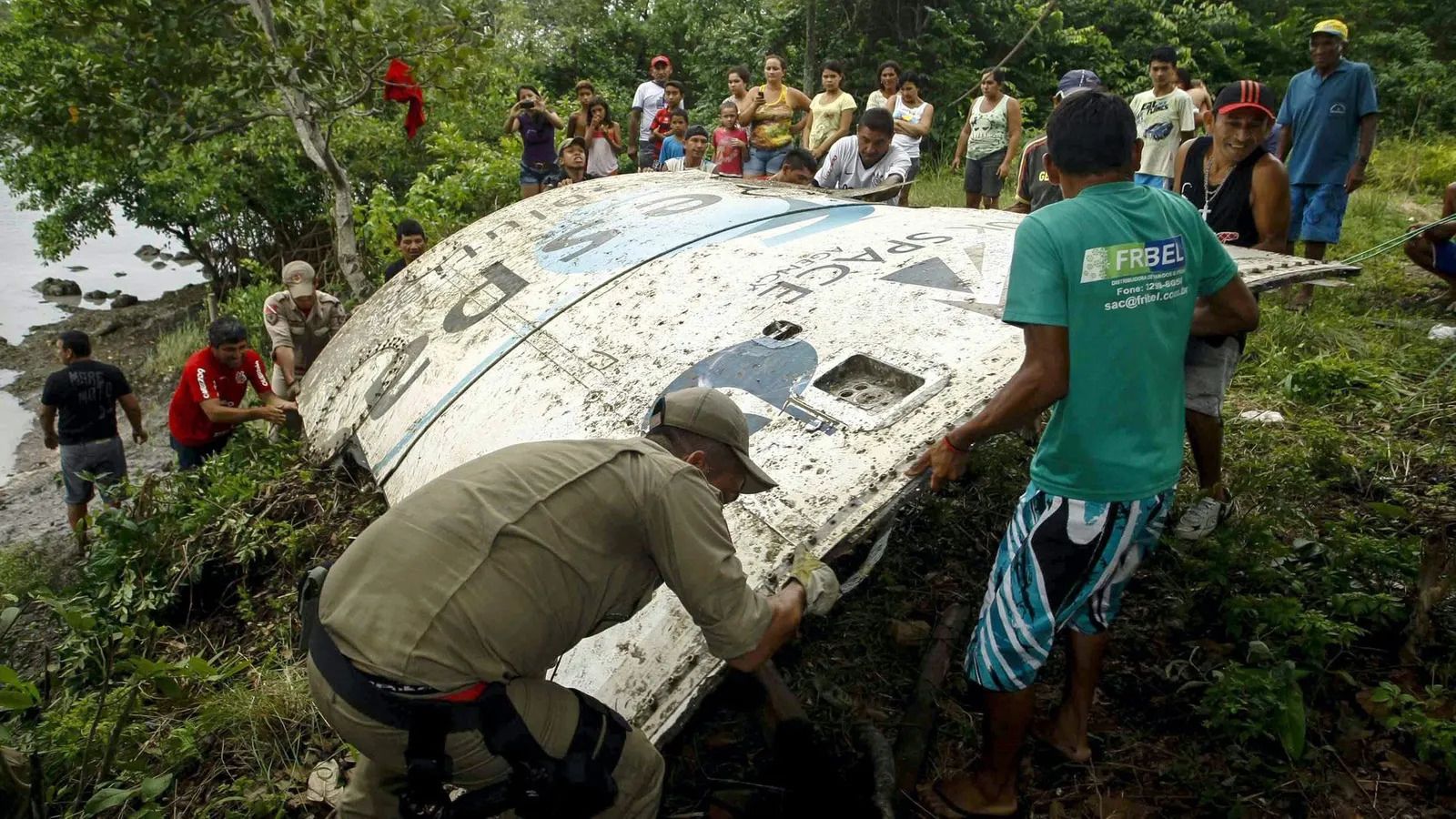 In 2014, a large piece of space debris landed near Salinopolis, Brazil. The debris bears the logos of the UK Space Agency and a European satellite company

Of the three times this model of rocket has been launched: the first re-entered on 11 May 2020, with components landing on two villages in the Ivory Coast, the second re-entered on 9 May 2021, near the Maldives, and the third re-entered on this year over Indonesia and Malaysia, with debris landing around these islands.

So should I be worried?

There are several factors behind these estimates, but let's just focus on one key one for now. The image below shows the orbital path the recent Long March 5B-Y3 rocket followed for its final 24 hours (different objects take different orbital paths), as well as its re-entry location marked in red.

As you can see, the rocket orbits above land for a substantial amount of time.

Specifically, in these orbits the vehicle spends about 20% of its time over land. A broad estimate tells us 20% of land is inhabited, which means there is a 4% chance of the Long March 5B re-entry occurring over an inhabited area.

This may seem pretty high. But when you consider how much "inhabited land" is actually covered by people, the likelihood of injury or death becomes significantly less.

The chance of damage to property, on the other hand, is higher. It could be as high as 1% for any given re-entry of the Long March 5B.

Also, the overall risk posed by space debris will increase with the sheer number of objects being launched and re-entering the atmosphere. Current plans of companies and space agencies around the world involve many, many more launches.

China's Tiangong Space Station is due to be finished by the end of 2022. And South Korea recently became the seventh country to launch a satellite payload heavier than one tonne – with plans to expand its space sector (along with Japan, Russia, India and United Arab Emirates).

It's highly likely the chances of being hit are only going to go up (but will hopefully remain very small).

How can we be prepared?

Two questions come to mind: can we predict debris re-entries, and what can we do to reduce risk?

Let's start with predictions. It can be extremely challenging to predict where an object in an uncontrolled orbit will re-enter Earth's atmosphere. The general rule of thumb says uncertainty of the estimated re-entry time will be between 10% and 20% of the remaining orbital time.

This means an object with a predicted re-entry time in 10 hours will have an uncertainty margin of about one hour. So if an object is orbiting Earth every 60-90 minutes, it could enter pretty much anywhere.

Improving on this uncertainty margin is a big challenge and will require significant amounts of research. Even then, it's unlikely we'll be able to predict an object’s re-entry location more accurately than within a 1,000km (621-mile) range.

Reducing risk is a challenge, but there are a couple of options.

First, all objects launched into an Earth orbit should have a plan for safe de-orbiting into an unpopulated area. This is usually the SPOUA (South Pacific Ocean Uninhabited Area) – also known as the "spacecraft cemetery".

There’s also the option to carefully design components so they completely disintegrate upon re-entry. If everything burns up when it hits the upper atmosphere, there will no longer be a significant risk.

There are already some guidelines requiring space debris risk minimisation, such as the United Nations guidelines for the Long-term Sustainability of Outer Space Activities – but the mechanisms for these aren't specified.

Moreover, how do these guidelines apply internationally, and who can enforce them? Such questions remain unanswered.

In summary, should you be concerned about being hit by space debris? For now, no. Is further research on space debris important for the future? Absolutely.