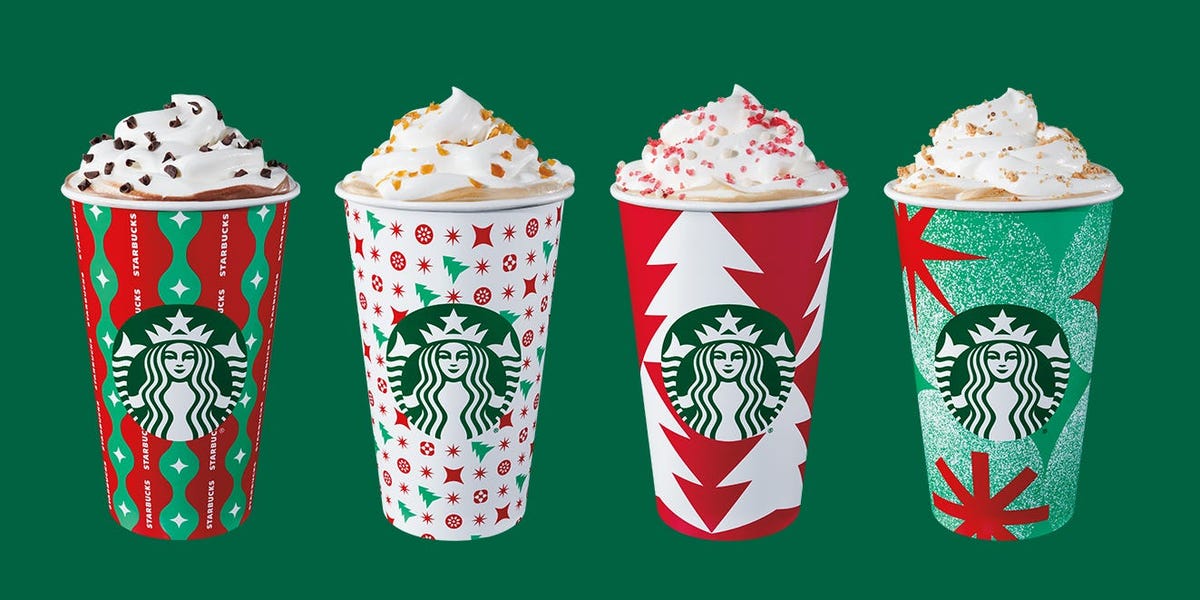 We asked Starbucks baristas which customer habits annoy them most. Here are 5 things they want you to stop doing right now.

If you want to get on your Starbucks barista's good side this holiday season, avoid doing these five things when ordering or visiting the store.
Red-cup season at Starbucks is well underway, and holiday cheer has begun to fire on all cylinders. The signature reusable cup started out as a marketing tool, and now nearly everyone on the planet looks forward to its release as the mark of the start of the holiday season — even baristas.

"Love red-cup season," Tayla, a former Starbucks barista who's based in the UK, told Insider. "Festive drinks are all super simple to make and spirits are lifted."

While many memories from seasons past are holly and jolly for baristas, some are a bit grinchy — and they don't have to be. Insider spoke with three current and former Starbucks baristas about their biggest customer pet peeves, and what customers can do to make the holiday season more cheerful. (The baristas asked to omit their last names for privacy and professional reasons, but Insider has verified their identities and employment with documentation.)

1. Blaming your barista for shortages

It's super frustrating when your favorite item is amiss as a result of supply-chain issues. But some customers direct those strong feelings toward their baristas.

Tayla said that product shortages tend to bring out the sensitive and aggressive side of customers. "We'd once ran out of a particular bagel," she said. "One woman was very unhappy about the situation. She tried to get her order for free as a result, but fortunately I was able to hand her over to my manager."

When customer frustrations reach a boiling point, baristas said they're trained to roll with the situation and offer alternative beverage suggestions or explain to the customer how supply-chain problems continue to be an issue. Rather than having a pout or tossing around complaints about missing menu items, baristas ask that customers navigate the scenario with a bit of grace.

If a server or barista goes the extra mile, it seems like a common courtesy to offer something on top of that $5 cup of coffee. Unfortunately, some baristas have found that tipping at Starbucks is a courtesy that's not so common.

"Sometimes a customer buys $15 worth of drinks, pays with a $20, and tells us to keep the change," Jack, an Indiana-based barista, told Insider. "The customer calls it doing his part."

Baristas also have the ability to try and sway some extra tips their way by placing clever voting-themed tip jars out on the coffee counter. Some folks who stumble upon these tip jars laugh and throw a bit of extra change their way, but for the most part, Jack said, these jars go unnoticed.

3. Ordering something complicated, then not picking it up right away

"People that order all kinds of amendments to their drinks, where the beverage doesn't even resemble the starting drink, are not ideal," Meg, a former barista from downtown Indianapolis, said.

"Any hot day sun's out, Frappuccino's out," Tayla added. "Frappuccinos take so long to make, and you usually get soaked in the process." If you're ordering something complicated, they said, be ready to hear your name called and pick it up — no one likes to see a hot drink go lukewarm at the end of the coffee bar, especially a barista.

4. Correcting the spelling of your name

Speaking of your name, Tayla said, don't correct the spelling if a barista gets it wrong on your cup. "It's all part of the fun."

5. Not cleaning up your mess

Tayla said messy customers are a pain — for example, if they stick a muffin in their coffee cup and leave it out for a store worker to pick up. "They are horrific to clean," she said.

"Just be nice. Clean up your trash," Meg added. "Don't leave your cups for others to discard and don't leave your wrappers, napkins, and stir sticks to be your barista's problem. If you have difficulty locating the trash, feel free to ask your barista."

All of the baristas that spoke with Insider agreed that mean customers were few and far between when compared to the kind ones. They also said that, at the end of the day, they enjoyed their jobs.

"I did love working at Starbucks," Tayla said. "The community behind the bar was always lovely and, in my experience, so were most of the customers."