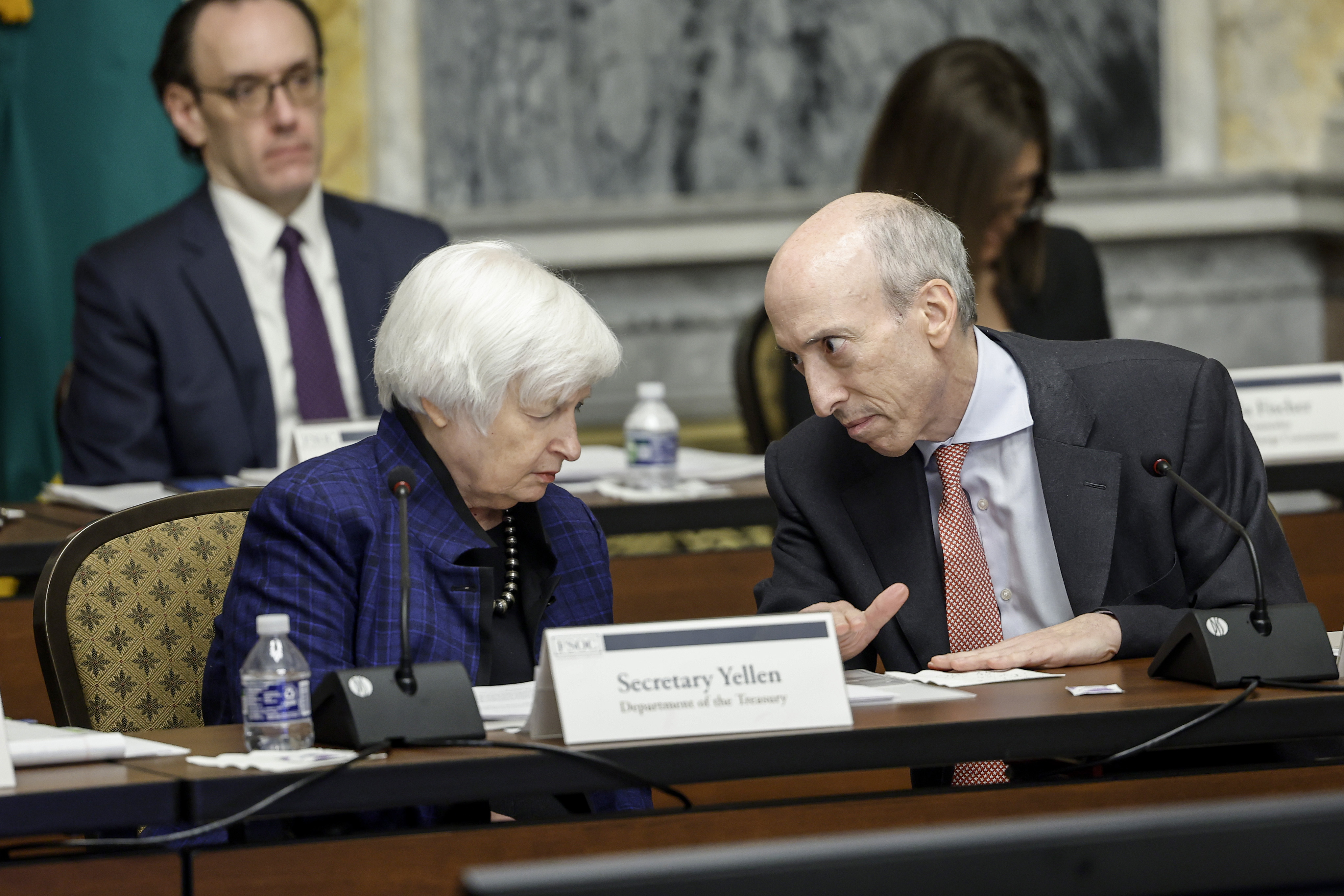 The oversight gaps that allowed for the disastrous failure of FTX underscore the deep risks of trading on unregulated digital currency exchanges.

The epic collapse of FTX and founder Sam Bankman-Fried’s investment empire has left Washington officials scratching their heads: Why didn’t U.S. regulators stop this mess before it took down the crypto market?

There wasn’t much they could do, according to more than a half-dozen interviews with regulators, lawmakers, lawyers and other compliance experts. The Bahamas-based exchange’s offshore location and sprawling corporate structure made it a difficult target for the federal agencies tasked with protecting investors from fraud and manipulation.

“Blaming them?” said John Reed Stark, a crypto skeptic who once led the Securities and Exchange Commission’s internet enforcement office. “That’s like Oswald blaming the Secret Service because he killed Kennedy.”

The oversight gaps that allowed for the disastrous failure of FTX — which until just weeks ago was one of the world’s most respected crypto businesses before it was exposed as a house of cards — underscore the deep risks of trading on unregulated digital currency exchanges. It has prompted policymakers in Congress and at federal agencies to consider new laws and more aggressive penalties to head off a future meltdown. Crypto has flourished in a regulatory gray area, where even activities that resemble traditional financial products have escaped oversight.

A big question is whether regulators have sufficient authority or need more power. Two key financial market agencies — the SEC and the Commodity Futures Trading Commission — are facing scrutiny about why they didn’t do more to shield consumers. 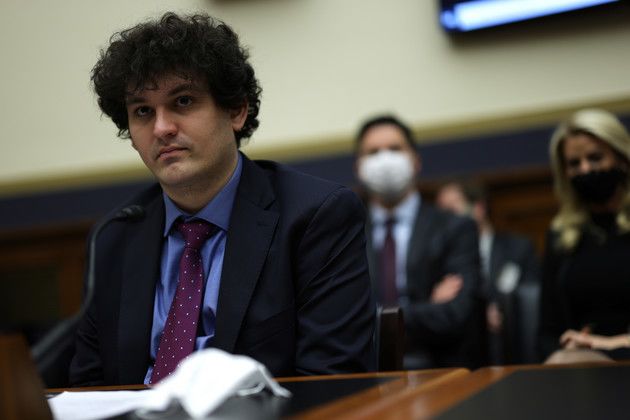 CEO of FTX Sam Bankman-Fried testifies during a hearing before the House Financial Services Committee December 8, 2021.
“Part of what we’re seeing is a sign that the financial regulatory system is not able to evolve as quickly as it needs to, to address emerging threats,” said Kate Judge, a professor at Columbia Law School.

FTX’s bankruptcy filings include hair-raising allegations of top executives — including Bankman-Fried, a former political mega-donor — treating FTX and its 130 affiliates like a slush fund. Behind its sleek veneer, FTX was actually a loosely organized network of investment firms, crypto businesses and holding companies with no centralized accounting system, little oversight of personnel and few internal controls to prevent Bankman-Fried and other employees from dipping into the company till.

“Never in my career have I seen such a complete failure of corporate controls and such a complete absence of trustworthy financial information as occurred here,” FTX’s new CEO John Ray III, who previously managed Enron’s restructuring, wrote in a bankruptcy filing on Thursday. “This situation is unprecedented.”

Because FTX’s Bahamas-based parent company never registered with the SEC or the Commodity Futures Trading Commission — and spent tens of millions of dollars on a Washington influence campaign to fend off any argument that it was required to do so — FTX’s internal operations were never scrutinized like Wall Street banks or traditional exchanges.

The SEC and the CFTC have the power to launch investigations into businesses that aren’t registered with them, but there needs to be an indication of potential fraud or manipulation impacting the securities and derivatives markets they regulate.

“You can never stop fraud,” CFTC Chair Rostin Behnam said in a Nov. 14 interview. “A regulated entity is certainly going to be in a much better position to avoid issues around illegal activity or using customer money for illegal reasons.”

It’s one reason why SEC Chair Gary Gensler has been calling for crypto exchanges to register with his agency, according to sources familiar with the commission’s thinking. Registered exchanges have to fork over their books upon demand.

Gensler, who led the CFTC during the Obama administration, has argued for two years that securities laws cover most crypto activity.

But the SEC’s efforts to probe unregistered digital currency businesses are often met by fierce resistance — including costly legal battles from industry and broadsides from crypto-friendly lawmakers in Congress.

In March, Gensler even spoke with Bankman-Fried, fellow FTX executives and stock exchange operator IEX about IEX’s plans to enter the crypto market, according to people familiar with the meeting. FTX’s U.S. affiliate later announced an investment in IEX.

Before the executives could get far into their presentation, Gensler interrupted and spent the rest of the meeting talking about how crypto exchanges should meet the standards of stock exchanges, the people said, asking not to be named while discussing private conversations.

“I don’t think — under our framework — that there was an opportunity for the SEC to intervene in this case,” Rep. Stephen Lynch (D-Mass.), who chairs the House Financial Services Committee’s financial technology task force, said in an interview.

Senate Banking Chair Sherrod Brown (D-Ohio) said the SEC chief “believes he has the authority to do a lot of things, but Gensler’s problem was he inherited an agency that essentially opened the door for these crypto companies.”

The CFTC had oversight of one component of Bankman-Fried’s empire, LedgerX, a derivatives exchange that had been registered with the agency for roughly four years before it was acquired by FTX’s U.S. affiliate in 2021.

Critics such as the consumer group Better Markets have complained in recent days that the CFTC should have pursued red flags surrounding FTX.

But Behnam said the CFTC only has the ability to look at LedgerX — one of the FTX entities that’s not bankrupt and continues to operate.

“Any rational person would take from that that regulation worked,” said Behnam, who has repeatedly called on Congress to give his agency more authority over exchanges that facilitate trading of Bitcoin and other crypto commodities.

Behnam has thrown his support behind a Senate bill that would empower his agency to police digital assets, but the legislation is now facing political headwinds because it also had the backing of FTX.

Treasury Secretary Janet Yellen on Wednesday urged Congress to address crypto regulatory gaps that were identified in an Oct. 3 Financial Stability Oversight Council report spotlighting the dangers that could develop with the industry’s unregulated growth. The council is led by Treasury and includes other top financial regulators, including the heads of the SEC and the CFTC.

In the meantime, with Congress likely to be at odds for months over how to police the market, Yellen wants regulators to start stretching their authority.

“We have very strong investor and consumer protection laws for most of our financial products and markets that are designed to address these risks,” she said in a statement. “Where existing regulations apply, they must be enforced rigorously so that the same protections and principles apply to crypto assets and services.”
Add Comment