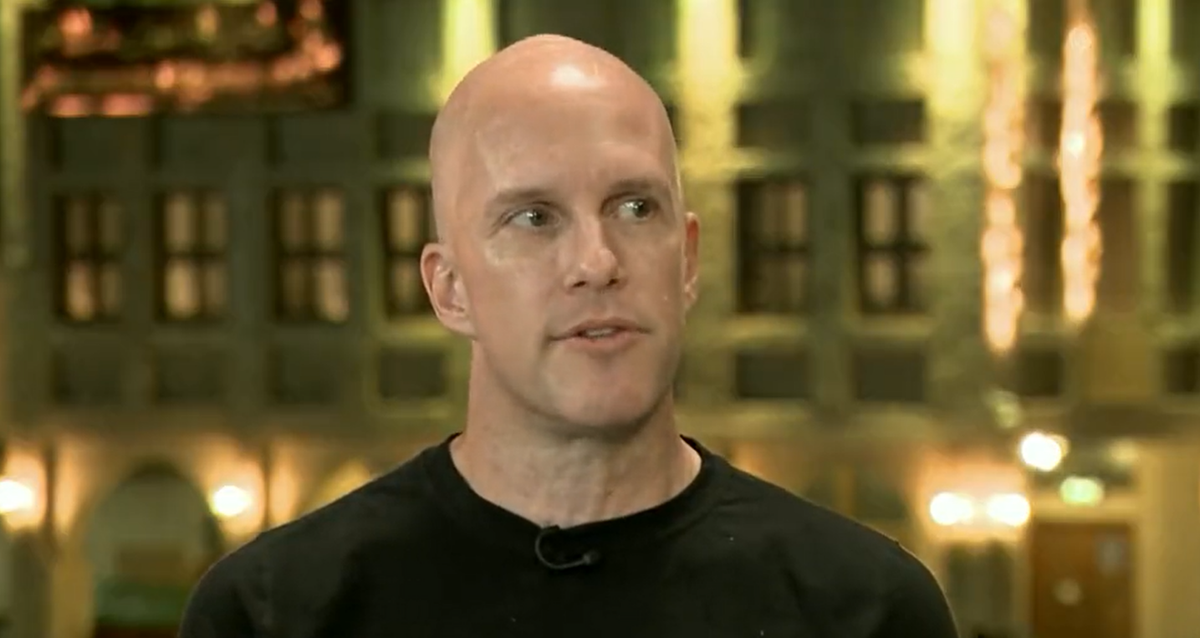 Popular American sports journalist Grant Wahl died on Friday after suffering “acute distress” while covering a match at the World Cup in Qatar, his agent said.
US Soccer has stated that it was “heartbroken to learn” of Wahl's death and the 48-year-old’s wife, Celine Gounder, has described herself as “in complete shock”.

Wahl, a former Sports Illustrated sportswriter who moved to the Substack online publishing platform, had been tweeting about the Netherlands’ quarter-final with Argentina on Friday night.

His agent, Tim Scanlan, told Reuters that Wahl had “appeared to suffer some kind of acute distress in the start of extra time” at the Lusail Stadium.

Scanlan said attempts were made to revive Wahl in the press box before he was taken to a local hospital, where he was pronounced dead.

“We are in touch with the U.S. Embassy and relevant local authorities to ensure the process of repatriating the body is in accordance with the family’s wishes,” the SC spokesperson said.

Qatar’s World Cup organisers, the Supreme Committee for Delivery and Legacy (SC), paid tribute to Wahl’s “enormous love of football” and offered condolences to his family, friends and media colleagues. FIFA stated its “disbelief and immense sadness” at his death.

“Everyone's emotional and it's really traumatic,” Scanlan said. “He was a true advocate for both the men's and women's games and really just cared deeply about the sport. He was empathetic and just truly a brilliant writer.”

Wahl said in late November he was briefly detained when he tried to enter a World Cup stadium in Qatar while wearing a rainbow shirt in support of the LGBTQ+ community in a country where same-sex relations are illegal.

He said World Cup security denied him entry to the United States' opener against Wales at the Ahmad Bin Ali Stadium in Al Rayyan and asked him to take his shirt off. Wahl wrote on Monday that he had visited a hospital while in Qatar.

“I didn't have Covid (I test regularly here), but I went into the medical clinic at the main media center today, and they said I probably have bronchitis,” he posted on Substack.

US State Department spokesman Ned Price said on Twitter the department had been in close communication with Wahl's family.

“We are engaged with senior Qatari officials to see to it that his family’s wishes are fulfilled as expeditiously as possible,” said Price.

The world footballing community shared in an immediate outpouring of grief over the news.

“He was a kind and caring person whose passion for soccer and dedication to journalism were immeasurable,” Major League Soccer Commissioner Don Garber said in reaction to news of Wahl's death.

“This is so devastating,” World Cup winner Megan Rapinoe said on Twitter. “All the love to his family and loved ones.”
#Covid

Oh ya 58 days ago
Just have to love all the new names they are inventing for died suddenly from the clot shot. If you failed the world IQ test and took the jab you best start reading alternative news on what you might be able to do to get the spike proteins out of your body that the jab is making your body produce nonstop. And get right with your God
View all comments (1)Add comment