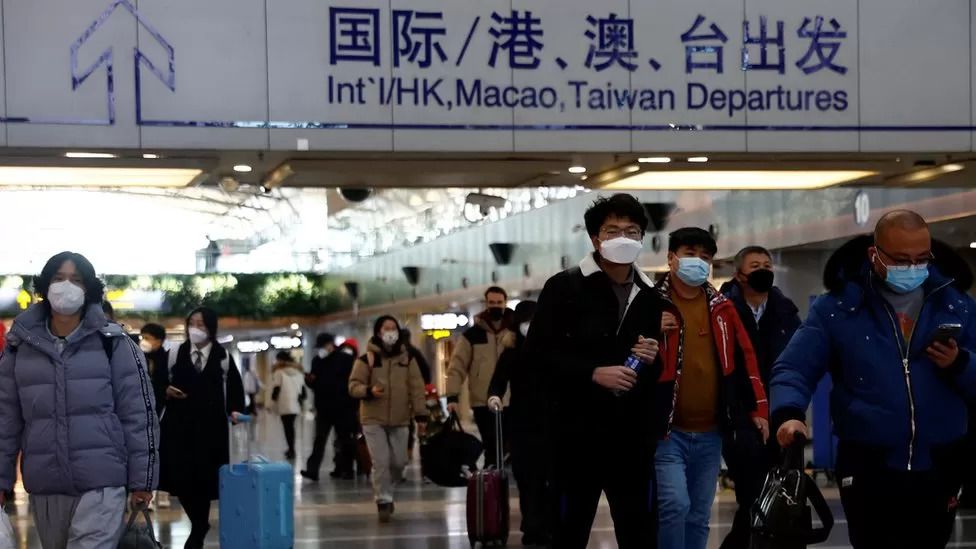 US imposes Covid testing for visitors from China

Listen to the article
0:00
0:00
The US has become the latest country to impose Covid testing on visitors from China, after Beijing announced it would reopen borders next week.
Italy, Japan, Taiwan and India also announced mandatory tests, but Australia and UK said there were no new rules for travellers from China.

After three years of being closed to the world, China will let people travel more freely from 8 January.

But the country's ongoing Covid surge has sparked wariness.

China is reporting about 5,000 cases a day, but analysts say such numbers are vastly undercounted - and the daily case load may be closer to a million. Hospitals are overwhelmed and residents are struggling to find basic medicines, according to reports.

On Wednesday, the US said a lack of "adequate and transparent" Covid data in China had contributed to the decision to require Covid tests from 5 January for travellers entering the country from China, Hong Kong and Macau.
#Covid

Oh ya 31 days ago
Thats right test the Chinese and let millions cross the border untested and un jabbed. America your government hates you and wants you to die so latinos can replace you. If you can see this go get a seeing eye dog
View all comments (1)Add comment