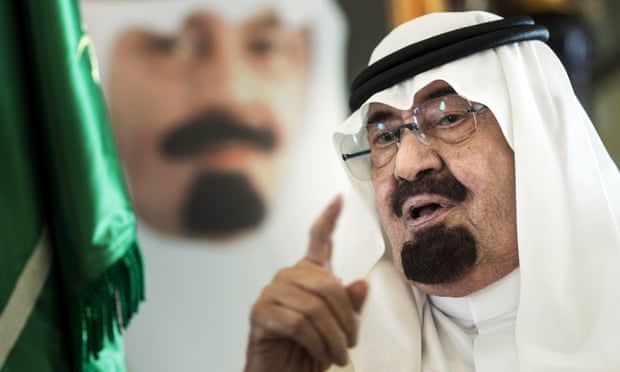 Payments to a future Saudi king and other officials allegedly approved as part of huge arms deal
The British government approved payments of up to £60m to a future king of Saudi Arabia, his son and other high-ranking officials as part of a huge arms deal and then sought to conceal them in what it described as a “deniable fiddle”, a trial has heard.

Opening the defence of one of two men accused of corruption in the arms deal, Ian Winter QC told Southwark crown court that some of the payments were made to the then Prince Abdullah, who later became the Saudi monarch for a decade.

Winter also told the court that internal documents recorded that the British government and Abdullah organised “a deniable fiddle” to hide the payments.

The QC also alleged that the British government ensured payments continued to be paid to high-ranking Saudis until 2020 – eight years after the Serious Fraud Office began an investigation into the same payments.

Winter is representing Jeffrey Cook, 65, who, along with John Mason, 79, is being prosecuted by the SFO for authorising corrupt payments amounting to £7.9m to senior Saudis between 2007 and 2012.

The payments were made, according to the SFO, to ensure that a British firm, GPT, received lucrative contracts from the Saudi military.

Cook, a former Ministry of Defence civil servant, was GPT’s managing director. Mason worked for an offshore firm, Simec, that is accused of funnelling the bribes to the Saudis.

The contracts awarded to GPT were part of a large arms deal managed as a formal agreement between the UK and Saudi governments that had started in the 1970s.

Winter told the court the British government decided in 1978 that large payments had to be paid personally to Abdullah, then a prince, to ensure that the British won the original arms deal. This was a “fundamental necessity without which the contract would not have been awarded to the British”, he added.

He said the British government “decided that it was in the public interest, bearing in mind the value of the … contract, to enter into a binding contractual agreement with Prince Abdullah” to be given the payments.

He alleged that Abdullah and the MoD organised the original deal on the basis of what the MoD “called at the time, ‘the deniable fiddle’. They actually recorded that phrase in reports and file notes at the time.”

Winter said “both Prince Abdullah and the British government wanted a deniable fiddle that would enable the payments to be made, but which would permit them to deny their involvement through the use of a private contractor”. In recent years, the role of private contractor had been performed by GPT.

He said “very senior” officials in the British government approved every penny of the payments that were made as part of the arms deal in what at one stage was called “top cover”. This included the money paid to Abdullah, and more recently his son Prince Miteb, and other high-ranking officials. Abdullah died in 2015 after 10 years on the Saudi throne.

He alleged that the UK government facilitated the payments amounting to £60m to be made from the late 1970s to 2020, when GPT’s contracts ended.

The SFO began its investigation into GPT in 2012 after complaints from whistleblowers.

Winter told Mr Justice Bryan that “even after the prosecution’s balloon had gone up … the MoD set about working on creating a new system that did not involve GPT having to make the” payments to senior Saudis. He alleged that the payments were moved through an offshore route by the MoD.

He added that legally, the payments did not amount to corruption if the Saudi and British governments had authorised them.