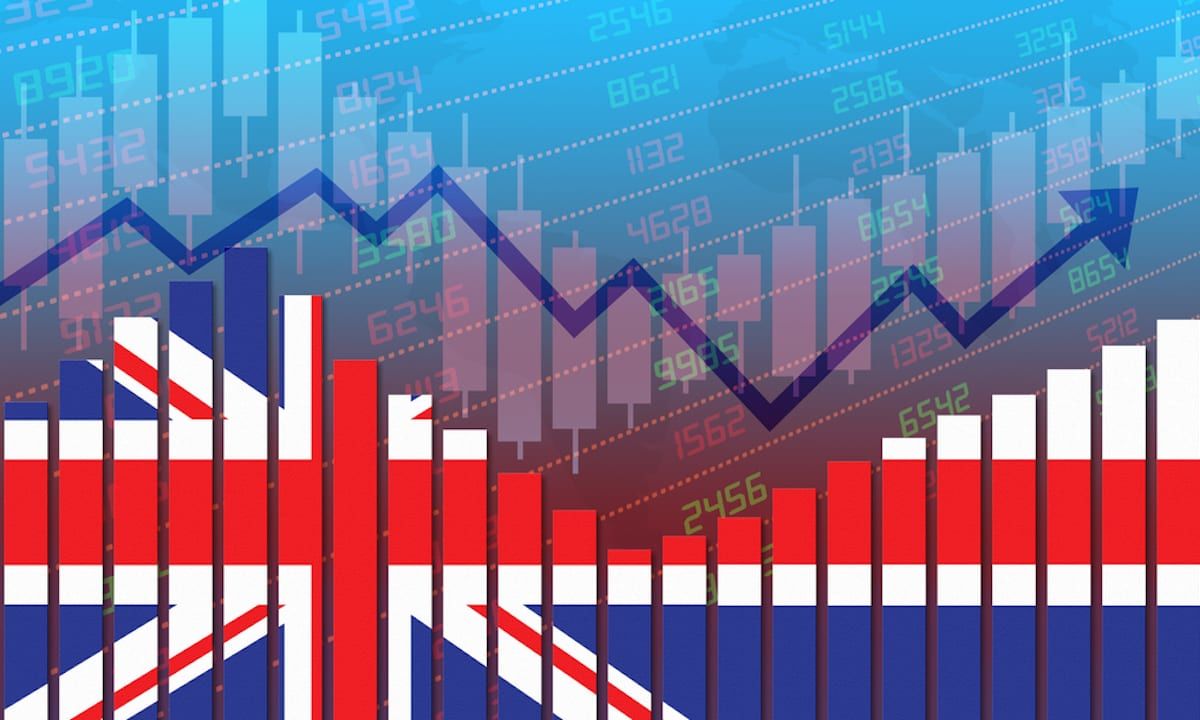 The UK economy unexpectedly grew in November, helped by a boost from the World Cup, official figures show.

The economy expanded by 0.1%, helped by demand for services in the tech sector and in spite of households being squeezed by rising prices.

The Office for National Statistics (ONS) said pubs and restaurants also boosted growth as people went out to watch the football.

But it is still unclear whether soaring costs will tip the UK into recession.

Although the November reading of gross domestic product - a measure of all the activity by businesses, the government and people in the UK - was much better than anticipated, the overall picture still suggests the economy is stagnating as food and energy bills go up and people cut back.

The November increase marks a slowdown from a 0.5% rise in October, which was largely as a result of a bounceback from businesses shuttering to mark Queen Elizabeth II's funeral in September.

Economists have suggested that the latest data makes it less clear whether the UK will have entered a recession at the end of last year.

A recession is defined as two three-month periods, or quarters, of shrinking economic output in a row.

When a country is in recession, it is a sign that its economy is doing badly. During a downturn, companies typically make less money and the number of people unemployed rises. Graduates and school leavers also find it harder to get their first job.

Between July and September, UK economic output shrank by 0.3%.

Rail workers and Royal Mail staff staged walkouts over pay and working conditions in November. Darren Morgan, director of economic statistics at the ONS, told the BBC's Today programme: "We definitely saw the impact of industrial action in today's figures.

"We saw reasonably large falls in rail transport, postal work and warehousing and this sector had the biggest drag on the economy in November."

There was continued industrial action in December, which widened to include NHS workers as well as Border Force staff at six UK airports. It could have a knock-on effect on next month's figures, which will reveal if the technical definition of a recession has been met.

Mr Morgan said the economy would have to shrink by 0.6% in December to send the UK into a recession.

Although there might have been a brief improvement in November, the Federation of Small Businesses (FSB) warned that concerns over the economy haven't yet been laid to rest.

The national chair of the FSB, Martin McTague, said: "With costs remaining high for small firms and households alike, policymakers cannot rest on their laurels. Inflation needs to be brought down, there remains huge uncertainty over energy prices and consumer confidence remains stubbornly low."

'The next 12 months are going to be tough'

At Gtech in Worcester, staff have definitely noticed the economy slowing down.

The company designs and sells cordless vacuum cleaners and other tools. After a busy pandemic, when people were keen to invest in keeping their homes and gardens looking nice, demand has begun to decline.

"We can feel that, yes, there's probably a recession coming on, people are finding things difficult," suggests Nick Grey, founder of the business. "They're kind of worried about their basic costs of heating and fuel and all the rest of it and the worries of inflation."

Despite that, the firm gave its staff a £1,000 cost-of-living payment in December, and gave its lower-paid staff a relatively more generous pay rise than the senior workers, as they are more affected by rising costs.

"I think the next 12 months are going to be tough," says Mr Grey. "We're just trying to make sure we do the basics well, and that when all this blows over, we're positioned well to grow and recover."

While the surprise today was that the economy grew in the month of November, the trend over three months is still down, by 0.3%. Overall the UK economy still appears to be weak but it is not certain it is in formal recession, and depends on the next set of figures released in a month.

The World Cup boosted pubs, pizza delivery and the ad industry helping the economy more than normal. But a series of previous monthly figures from the past year were revised down, leaving the less volatile three-month measure heading downwards. The impact of strikes was partly behind falls in transport and postal services of 4.7% and 3.1% respectively.

So a mixed bag of new and one-off factors, and statistical revisions that will probably still leave the Bank of England further raising rates next month, as it does its most thorough assessment of the state of the economy.

Speaking on Friday, Chancellor Jeremy Hunt said he had a "clear plan" to halve inflation, which measures the rate at which prices rise and is at a 40-year high.

But shadow chancellor Rachel Reeves said the latest figures would "be deeply concerning to families already struggling with the soaring cost of living."

Pantheon Macroeconomics said whether or not the UK is already in recession, potentially causing more pain for households, is "hanging in the balance".

While the manufacturing sector shrank in November and construction stagnated, the services sector, which includes a wide range of industries from hospitality to accountancy, grew.