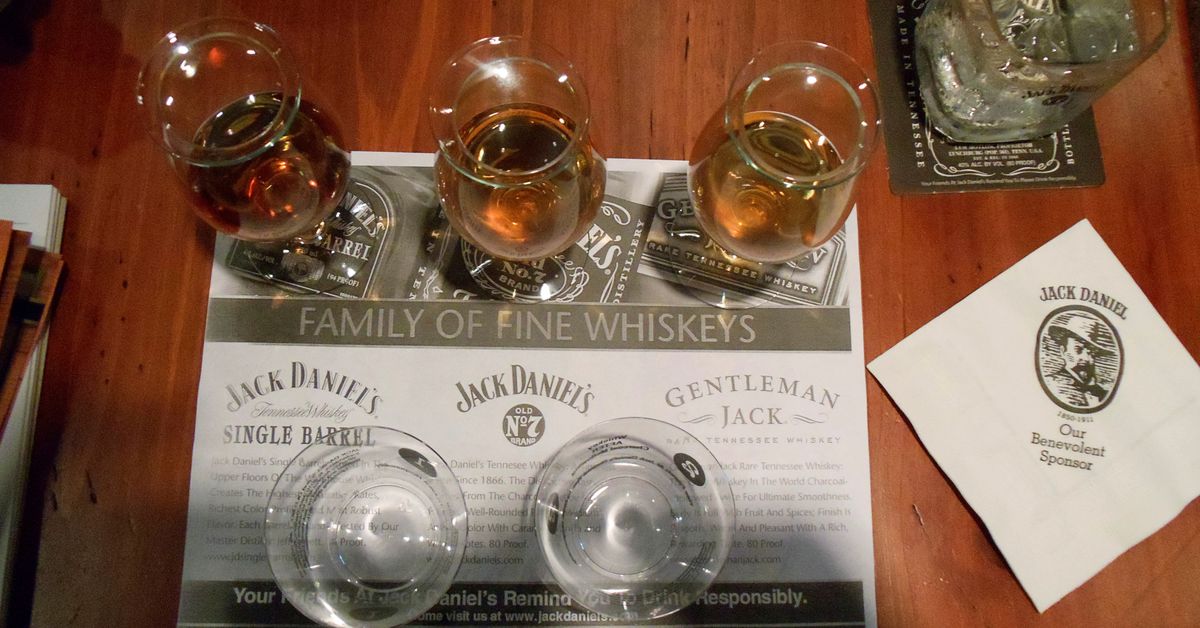 The U.S. Supreme Court on Monday decided to referee a dog fight, agreeing to hear a bid by liquor brand Jack Daniel's to stop a company that sells dog toys from using designs that parody its trademarked Old No. 7 Black Label Tennessee Whiskey bottle.
The justices took up an appeal by Jack Daniel's Properties Inc, owned by Louisville, Kentucky-based Brown-Forman Corp (BFb.N), of a lower court's ruling in the trademark dispute that VIP Products LLC's "Bad Spaniels" toy is an "expressive work" covered by the U.S. Constitution's First Amendment free speech protections.

Phoenix-based VIP's toy mimics the design of the Jack Daniel's bottle with comical dog-themed text alterations, like replacing "Old No. 7" with "the Old No. 2, on your Tennessee Carpet" and alcohol descriptions with "43% Poo By Vol." and "100% Smelly."

After Jack Daniel's sent a cease-and-desist notice, VIP asked an Arizona federal court in 2014 to rule that its toy did not infringe the whiskey company's trademark rights.

The San Francisco-based 9th U.S. Circuit Court of Appeals in 2020 overturned a judge's ruling in favor of Jack Daniel's, finding that VIP's toy was a creative work with a "humorous message" that was entitled to First Amendment protections.

The Supreme Court last year rejected a request by Jack Daniel's to reconsider that ruling. The whiskey maker then filed a new appeal of a related 9th Circuit decision in August.

Jack Daniel's told the high court that the decision made it "virtually impossible to stop misleading or tarnishing use of a mark whenever a copycat deploys 'humor.'"

Bennett Cooper, a lawyer for VIP Products, said that while he would have preferred the court not hear the Jack Daniel's appeal, the dispute provides the justices with a chance to adopt a clear standard for parodies that reconciles trademark law with free speech values.

"We think ours is a good test case to create a national standard," Cooper said.