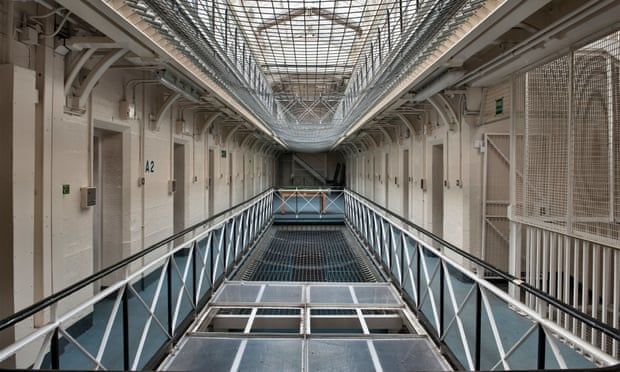 Analysis: Report finds 85% of inmates were locked up for 23 hours a day, with sadly predictable results. It cannot be ignored

By and large we know by now how hospitals, care homes, schools and most other state-run institutions coped, or didn’t, with the Covid pandemic. But not until now, with this shocking, distressing, authentic and academically robust study, have we had the unvarnished truth about conditions in UK prisons.

The report, by the prisoner-led charity User Voice and Queen’s University Belfast, reveals that 85% of prisoners reported being locked up for at least 23 hours a day, for long periods. The consequences were sadly predictable: anxiety, depression, self-harm and off-the-scale mental illness.

“Prisoners are medicated all day and just sleep and scream out of their windows all night,” says one account. “I mean, 23 hours of bang-up is really not good,” says another. “Some of these lads are really ill, there’s one bloke who is screaming at the top of his lungs … his head is going further and further down the drain.”

This in a system that was in meltdown pre-Covid, with soaring suicide and self-harm rates. It was overcrowded and underfunded and short-staffed. Prison mental health services were at best inadequate before Covid; since the outbreak, in some jails they have been nonexistent. Support services largely disappeared, gym stopped, education stopped, family visits stopped. Even taking a shower became difficult.

I read many reports about life and death in prisons and this is the most comprehensive and authoritative to have come my way. It demands to be read and acted upon, because the torture – and I do not use the word lightly – detailed in its pages did not end with the lifting of Covid restrictions in our society at large.

According to the UN’s Nelson Mandela rules, the definition of solitary confinement is 22 hours a day with no meaningful human contact. Undergo 15 consecutive days of solitary and it equates to torture. This report shows thousands of prisoners have endured far longer in solitary than that – and still are enduring, in some prisons.

Thousands of prisoners came to the end of their sentences during the Covid crisis, released into society without rehabilitation or proper healthcare after enduring this torture. As the report asks: “How can the mental health timebomb created during this period be addressed?”

Dr Bob Johnson, a former consultant psychiatrist in prisons, who has seen the report, said: “We put in prison people because they have done things which hurt society. So we hurt them more as a way of improving them. This treatment amounts to torture, it’s insane and sadistic and guaranteed to inflict pain on society.”

Back in 1991, a Guardian editorial hailed Lord Woolf’s report on the Strangeways prison riot as a “blueprint for the restoration of decency and justice into jails, where conditions had been intolerable”. It was ignored by the government and probably forgotten by the general public.

Take it from one who was there – in Strangeways and many other prisons – before and after Woolf: conditions now are worse for many thousands incarcerated due to mental health conditions. The public would be wise to ensure the government doesn’t get away with it this time.