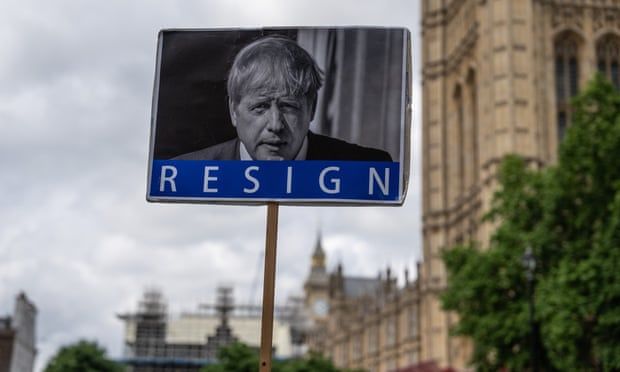 Analysis: With 148 votes against him, the task of governing is likely to become more, not less difficult in the months ahead

Boris Johnson’s allies had always said about the vote of no confidence that victory by just one vote was still a win, and he would remain in Downing Street and get on with delivering “the people’s priorities”.

They will no doubt be cracking opening the bubbly on Monday evening. But the truth is that with 148 votes against him, the task of governing is likely to become more, not less difficult in the weeks and months ahead.

As rebel MPs determined to oust him are likely to point out at the earliest opportunity, those 148 rebels dramatically outnumber Johnson’s working majority of 75.

While they are not a coherent group of zealots, of the kind that ultimately saw off Theresa May over Brexit policy, his detractors do share a set of concerns they may now feel emboldened to pursue more vocally – including by withholding their support in the voting lobbies.

Some are irked by the fact the government is on a trajectory towards the highest tax burden since Clement Attlee was in power.

Others have spoken out in recent months about the illiberal nature of Johnson’s government, which has become more marked in recent months as he tried to appease the right wing of his party after his position appeared under threat in January.

The former minister Jesse Norman – biographer of the Conservative intellectual hero Edmund Burke – pointed in his blistering letter on Monday to the plan to send asylum seekers to Rwanda, and the ban on noisy protests.

Yet more MPs are frustrated at the sense of drift and indecision in the face of a mounting economic crisis – or simply fear for their seats, with a party leader the public appear to be firmly convinced is a proven liar.

Johnson did little to win over the latter group at Monday’s 1922 Committee meeting, where he appeared unrepentant about Partygate, even telling MPs he would attend boozy lockdown leaving bashes again.

It is just possible that the bullish Johnson is not feeling as bloody-minded as the briefing suggests, and after the humiliation of being booed outside St Paul’s on Friday, his fragile ego could finally get the better of him and prompt him to resign.

But most colleagues believe he is likely to remain in Downing Street, hoping to bulldoze his way through to the next general election.

Just as Theresa May survived a no-confidence vote in December 2018 but found herself driven out of office a few months later, however, Johnson’s win is unlikely to quell the ferment in his deeply unhappy party.

Indeed, his margin of victory was narrower than May’s: the 211 votes he won represent 59% of the parliamentary party – a smaller proportion than the 63% she secured. Take out the payroll vote of about 130 MPs, and he won the support of just 80-odd backbenchers, against 148 who rejected his leadership. To put it more simply: 41% of Johnson’s MPs no longer have confidence in him.

And there are significant hurdles ahead, not least a pair of challenging byelections on 23 June, in Wakefield and Tiverton and Honiton, both of which the Conservatives fear they could lose, the former to Labour and the latter, to the Lib Dems.

Given the narrowness of his victory, Johnson’s cabinet colleagues could yet decide in the coming days that it would be for the good of the party if he resigned – though it would be a moot point whether he would do so, even then.

Or if the party’s standing in the polls continues to worsen in the coming months, backbench MPs could also urge the 1922 Committee to change the leadership contest rules, to make it possible to attempt to topple him again within a year – particularly if one of more of the putative challengers are ready to go.

Meanwhile, though, Johnson is likely to continue to face low-level guerrilla warfare from disgruntled backbenchers, of the kind that ultimately made May’s life in Downing Street all but impossible.

So for the time being, Johnson is safe – but the outcome is anything but a ringing endorsement of the man who led his party to a crushing electoral victory, little more than two years ago.