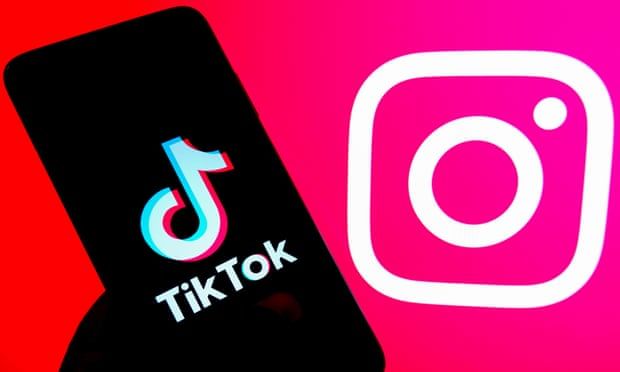 ‘Stop trying to be TikTok’: user backlash over Instagram changes

Updates to copy features of arch-rival leave some users struggling to find friends and family content
Instagram’s head defended the app against a user backlash, after the social network launched a series of changes intended to make it more like its arch-rival TikTok.

The changes, which include an extremely algorithmic main feed, a push for the service’s TikTok-style “reels” videos, and heavy promotion of the TikTok-style “remix” feature, have resulted in users struggling to find content from friends and family, once the bread and butter of the social network.

“We’re hearing a lot of concerns from all of you,” Adam Mosseri said in a video posted to Twitter. “I’m hearing a lot of concerns about photos, and how we’re shifting to video. We’re going to continue to support photos, but I need to be honest: more and more of Instagram is going to become video over time. We’re going to have to lean in to that shift while continuing to support photos.”

“The idea is to help you discover new and interesting things on Instagram that you might not even know exist,” he said. “You can snooze all recommendations for up to a month, but we’re going to try and get better at recommendations because we think it’s one of the best ways to help creators reach a new audience and grow their following.

The backlash against the changes was typified by Kylie Jenner, a member of the Kardashian clan and social media power user, who posted a widely shared story on the site calling on the service to “make Instagram Instagram again”. Her post was re-shared by her older sister Kim Kardashian.

Stop trying to be TikTok, I just want to see cute photos of my friends,” Jenner added, signing the post “sincerely, everyone”.

The intervention may be lighthearted, but in the influencer world, Jenner means serious business. In 2018, a single tweet from the socialite asking “does anyone else not open Snapchat any more” wiped $1.3bn off the market cap of the social network, cementing the impression that a much-vaunted redesign had failed to land and forcing the company to backtrack a few weeks later.

Instagram’s makeover is widely seen as a response to TikTok’s continued growth, in particular among younger American users. In the UK, Instagram remains the third most-visited social network, according to Ofcom stats from September 2021, but globally TikTok appears to lead, with more downloads than any other app, according to the analytics firm Sensor Tower.

By boosting algorithmic recommendations, allowing users to “remix” posts (akin to TikTok’s “Duet” feature), and promoting full-screen vertical video above photos, Instagram is attempting to turn its main app experience into something similar to that of the Chinese-owned upstart.

Its sister app, Facebook, is undergoing a similar rebirth. Last week, Mark Zuckerberg announced a revival of the “chronological feed” in the main Facebook app, alongside a newly algorithmic “home” tab, again an attempt to imitate TikTok’s popular “For you” page.