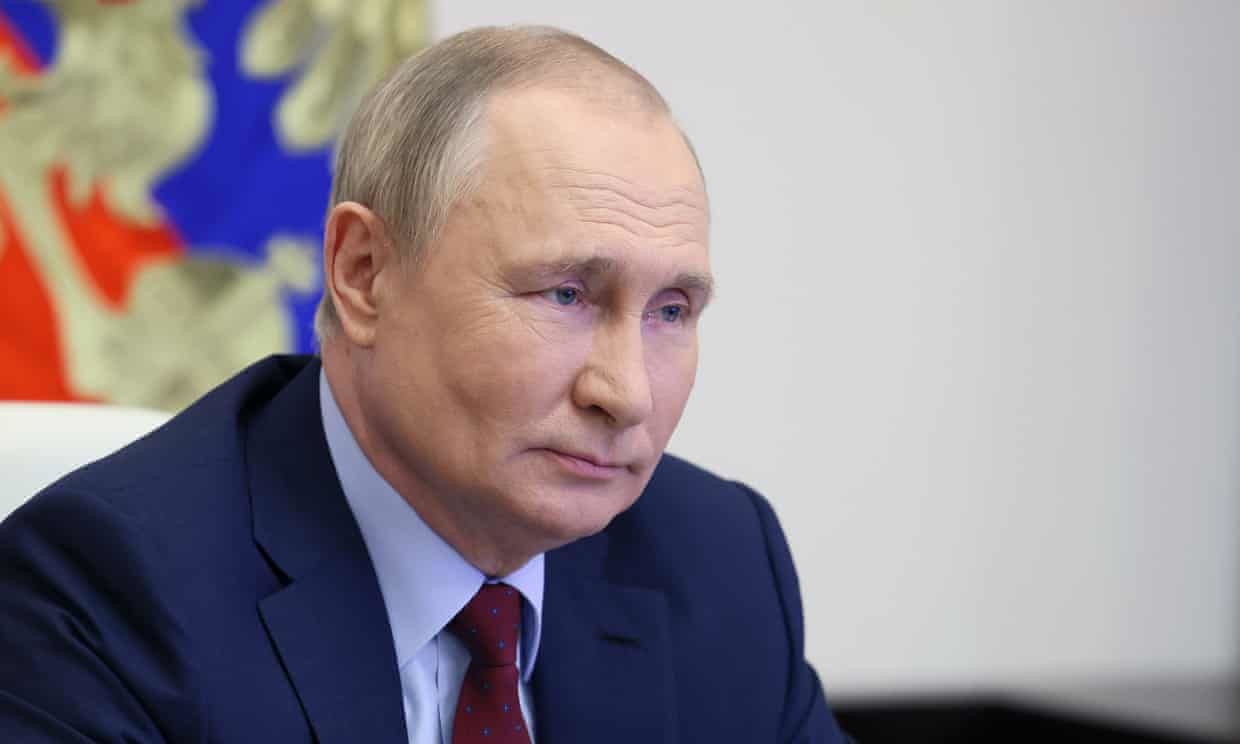 The perverse effects of sanctions means rising fuel and food costs for the rest of the world – and fears are growing of a humanitarian catastrophe. Sooner or later, a deal must be made.
It is now three months since the west launched its economic war against Russia, and it is not going according to plan. On the contrary, things are going very badly indeed.

The first set of economic measures were introduced immediately after the invasion, when it was assumed Ukraine would capitulate within days. That didn’t happen, with the result that sanctions – while still incomplete – have gradually been intensified.

There is, though, no immediate sign of Russia pulling out of Ukraine and that’s hardly surprising, because the sanctions have had the perverse effect of driving up the cost of Russia’s oil and gas exports, massively boosting its trade balance and financing its war effort. In the first four months of 2022, Putin could boast a current account surplus of $96bn (£76bn) – more than treble the figure for the same period of 2021.

When the EU announced its partial ban on Russian oil exports earlier this week, the cost of crude oil on the global markets rose, providing the Kremlin with another financial windfall. Russia is finding no difficulty finding alternative markets for its energy, with exports of oil and gas to China in April up more than 50% year on year.

That’s not to say the sanctions are pain-free for Russia. The International Monetary Fund estimates the economy will shrink by 8.5% this year as imports from the west collapse. Russia has stockpiles of goods essential to keep its economy going, but over time they will be used up.

But Europe is only gradually weaning itself off its dependency on Russian energy, and so an immediate financial crisis for Putin has been averted. The rouble – courtesy of capital controls and a healthy trade surplus – is strong. The Kremlin has time to find alternative sources of spare parts and components from countries willing to circumvent western sanctions.

When the global movers and shakers met in Davos last week, the public message was condemnation of Russian aggression and renewed commitment to stand solidly behind Ukraine. But privately, there was concern about the economic costs of a prolonged war.

These concerns are entirely justified. Russia’s invasion of Ukraine has given an added boost to already strong price pressures. The UK’s annual inflation rate stands at 9% – its highest in 40 years – petrol prices have hit a record high and the energy price cap is expected to increase by £700-800 a year in October. Rishi Sunak’s latest support package to cope with the cost-of-living crisis was the third from the chancellor in four months – and there will be more to come later in the year.

As a result of the war, western economies face a period of slow or negative growth and rising inflation – a return to the stagflation of the 1970s. Central banks – including the Bank of England – feel they have to respond to near double-digit inflation by raising interest rates. Unemployment is set to rise. Other European countries face the same problems, if not more so, since most of them are more dependent on Russian gas than is the UK.

The problems facing the world’s poorer countries are of a different order of magnitude. For some of them the issue is not stagflation, but starvation, as a result of wheat supplies from Ukraine’s Black Sea ports being blocked.

As David Beasley, the executive director of the World Food Programme put it: “Right now, Ukraine’s grain silos are full. At the same time, 44 million people around the world are marching towards starvation.”

In every multilateral organisation – the IMF, the World Bank, the World Trade Organization and the United Nations – fears are growing of a humanitarian catastrophe. The position is simple: unless developing nations are energy exporters themselves, they face a triple whammy in which fuel and food crises trigger financial crises. Faced with the choice of feeding their populations or paying their international creditors, governments will opt for the former. Sri Lanka was the first country since the Russian invasion to default on its debts, but is unlikely to be the last. The world appears closer to a full-blown debt crisis than at any time since the 1990s.

Putin has rightly been condemned for “weaponising” food, but his willingness to do so should come as no surprise. From the start, the Russian president has been playing a long game, waiting for the international coalition against him to fragment. The Kremlin thinks Russia’s threshold for economic pain is higher than the west’s, and it is probably right about that.

If proof were needed that sanctions are not working, then President Joe Biden’s decision to supply Ukraine with advanced rocket systems provides it. The hope is that modern military technology from the US will achieve what energy bans and the seizure of Russian assets have so far failed to do: force Putin to withdraw his troops.

Complete defeat for Putin on the battlefield is one way the war could end, although as things stand that doesn’t appear all that likely. There are other possible outcomes. One is that the economic blockade eventually works, with ever-tougher sanctions forcing Russia to back down. Another is a negotiated settlement.

Putin is not going to surrender unconditionally, and the potential for severe collateral damage from the economic war is obvious: falling living standards in developed countries; famine, food riots and a debt crisis in the developing world.

The atrocities committed by Russian troops mean compromising with the Kremlin is currently hard to swallow, but economic reality suggests only one thing: sooner or later a deal will be struck.
#Joe Biden
Add Comment