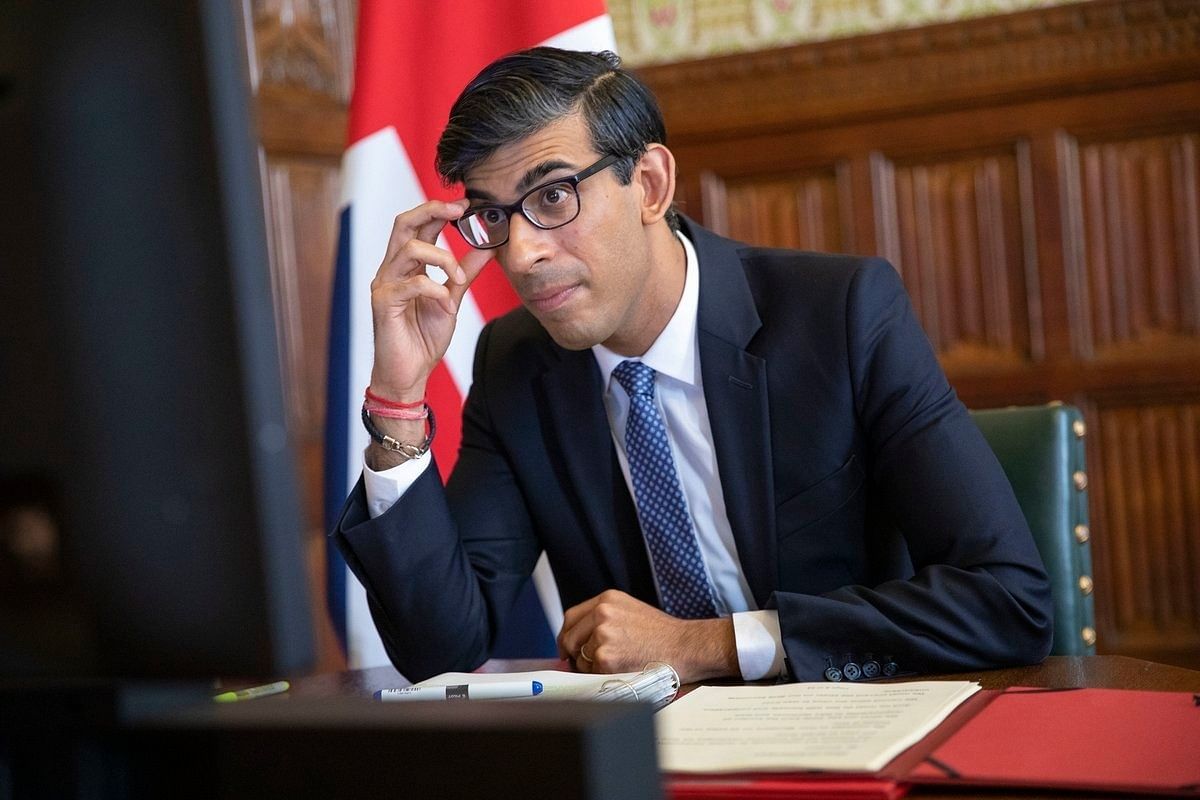 Rishi Sunak is facing a major backbench rebellion over the government's plans to prevent “harmful” material (criticism) on the internet.

Their amendment to the Online Safety Bill is due to be voted on next week.

The idea was suggested under Boris Johnson, but eventually dismissed in favour of higher fines for firms.

Asked about the proposal, Culture Secretary Michelle Donelan said she was "not ruling out" accepting any of the amendments.

Speaking to the BBC's Newscast podcast, she said she was "strongly in favour of bolstering protection for children" and would take "a sensible approach" when considering MPs' ideas.

The rebellion follows other significant backbench revolts in recent weeks over housing targets for councils and restrictions on onshore wind farms.

On both of those issues, the prime minister backed down and offered concessions to avoid defeat in the House of Commons.

Under the rebels' proposals, senior managers at tech firms could face up to two years in jail if they breach new duties to keep children safe online. The provision would not apply to search engines.

These duties include taking "proportionate measures" to stop children seeing harmful material, including through measures such as age verification, taking content down, and parental controls.

Currently the bill would only make managers criminally liable for failing to give information to media regulator Ofcom, which is set to gain wide-ranging powers to police the internet under the new law.

Making managers liable for a failure to comply with broader safety duties in the bill was rejected after a consultation ahead of the bill's introduction, which concluded it could make the UK tech sector less attractive.

Companies failing in their legal duties, including protecting children, could be fined up to 10% of global revenue.

However, supporters of the amendment, including child protection charities, argue that only personal liability for company bosses will ensure the child safety provisions are effective.

Tory rebels point to the construction and financial services industries, which have similar personal liabilities for company managers.

A leading Tory rebel, Miriam Cates, told the BBC the group met Ms Donelan earlier this week, and ministers recognise the "strength of feeling" over the issue.

She added that they were open to government concessions, but any proposal to change the law would have to retain personal liability for managers.

"I think that is the key driver of change," she told the BBC's World Tonight programme, adding: "In the construction industry we've seen a massive drop in accidents and deaths in construction since the senior manager liability was introduced."

Labour has confirmed to the BBC that it supports the rebel Tory amendment. It means the government, which has a working majority of 68, is at serious risk of defeat.

However, the Open Rights Group has expressed concern about the idea. Policy manager Dr Monica Horten said: "This amendment is not at all clear on what basis the tech company directors could be indicted.

"Fear of a prison sentence could lead to children being restricted from all types of content that they are legally entitled to see, either because it would be swept away or they would be denied access."

The Online Safety Bill was introduced in March under Mr Johnson, and has been repeatedly altered during its passage through Parliament.

Its progress was further delayed last month when the government decided to make more changes to the bill.

It is due to return to the Commons next Tuesday, after which it will begin what is likely to be a long journey through the House of Lords.