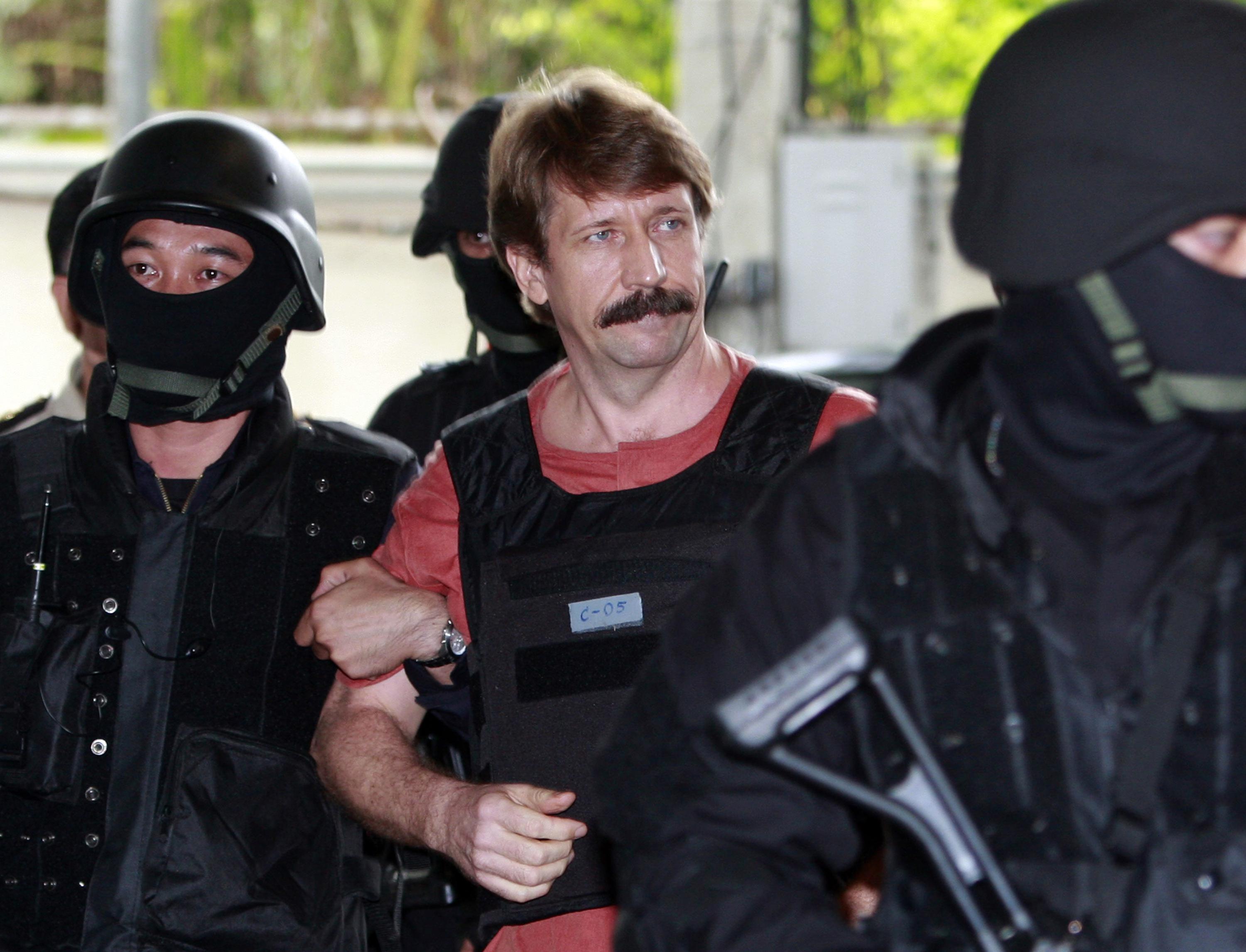 Reviled and revered Russian arms dealer is back in spotlight

A Russian arms dealer labeled the “Merchant of Death” who once inspired a Hollywood movie is back in the headlines with speculation around a return to Moscow in a prisoner exchange.
If Viktor Bout, 55, is indeed eventually freed in return for WBNA star Brittney Griner and former U.S. Marine Paul Whelan, as some published reports suggest, it would add to the lore around a charismatic arms dealer the U.S. has imprisoned for over a decade.

Depending on the source, Bout is a swashbuckling businessman unjustly imprisoned after an overly aggressive U.S. sting operation, or a peddler of weapons whose sales fueled some of the world’s worst conflicts.

The 2005 Nicolas Cage movie, “Lord of War” was loosely based on Bout, a former Soviet air force officer who gained fame supposedly by supplying weapons for civil wars in South America, the Middle East and Africa. His clients were said to include Liberia’s Charles Taylor, longtime Libyan leader Moammar Gadhafi and both sides in Angola’s civil war.

Shira A. Scheindlin, the former New York City federal judge who sentenced Bout before returning to private law practice, can be counted among those who would not be disappointed by Bout’s freedom in a prisoner exchange.

“He’s done enough time for what he did in this case,” Scheindlin said in an interview, noting that Bout, a vegetarian and classical music fan who is said to speak six languages, has served over 11 years in U.S. prisons.

He was convicted in 2011 on terrorism charges. Prosecutors said he was ready to sell up to $20 million in weapons, including surface-to-air missiles to shoot down U.S. helicopters. When they made the claim at his 2012 sentencing, Bout shouted: “It’s a lie!”

Bout has steadfastly proclaimed his innocence, saying he’s a legitimate businessman and didn’t sell weapons. He’s had plenty of support from high-level Russian officials since he was first arrested. A Russian parliament member testified when Bout was fighting extradition from Thailand to the U.S.

Last year, some of his paintings were displayed in Russia’s Civic Chamber, the body that oversees draft legislation and civil rights.

Bout’s case fits well into Moscow’s narrative that Washington is lying in wait to trap and oppress innocent Russians on flimsy grounds.

“From the resonant Bout case a real ‘hunt’ by Americans for Russian citizens around the world has unfolded,” the government newspaper Rossiiskaya Gazeta wrote last year.

Increasingly, Russia has cited his case as a human rights issue. His wife and lawyer claimed his health is deteriorating in the harsh prison environment where foreigners are not always eligible for breaks that Americans might receive.

Last month, Russia’s human rights commissioner Tatyana Moskalkova said: “We very much hope that our compatriot Viktor Bout will return to his homeland.”

Moskalkova said the Ministry of Foreign Affairs, the General Prosecutor’s Office, and the Ministry of Justice were working to see if Bout might qualify for transfer to Russia to serve the rest of his sentence.

“We are also constantly in dialogue in order to find a compromise in resolving this issue,” she said.

Now held in a medium-security facility in Marion, Illinois, Bout is scheduled to be released in August 2029.

“If you asked me today: ‘Do you think 10 years would be a fair sentence,’ I would say ‘yes,’” Scheindlin said.

“He got a hard deal,” the retired judge said, noting the U.S. sting operatives “put words in his mouth” so he’d say he was aware Americans could die from weapons he sold in order to require a terrorism enhancement that would force a long prison sentence, if not a life term.

“The idea of trading him shouldn’t be unacceptable to our government. It wouldn’t be wrong to release him,” Scheindlin said.

Still, she said an even exchange of Griner for Bout would be “troubling.” The WNBA star and two-time Olympic gold medalist was arrested in February at a Moscow airport, where police said they found cannabis oil in a vape canister in her luggage. While the U.S. government has classified her as “wrongfully detained,” Griner pleaded guilty to drug possession charges on July 7 at her trial in a Russian court. Her trial is scheduled to resume Thursday.

Scheindlin said Griner was arrested for something that “wouldn’t be five minutes in jail.”

That sentiment is shared by others. The St. Louis Post-Dispatch said in a July 9 editorial that Bout illegally trafficked billions of dollars of weapons “to feed wars around the world” and has “the blood of thousands on his hands,” while Griner “made a stupid mistake with a tiny amount of cannabis. She harmed no one.”

Griner could face up to 10 years in prison. Her guilty plea was not unanticipated by those who understand that similar moves commonly precede prisoner swaps. Whelan was arrested three years ago on espionage charges that the U.S. has said were trumped up and false.

In April 2012, Scheindlin imposed the mandatory minimum 25-year sentence that Bout now serves, but she said she did so only because it was required.

At the time, his defense lawyer claimed the U.S. targeted Bout vindictively because it was embarrassed that his companies helped deliver goods to American military contractors involved in the war in Iraq.

The deliveries occurred despite United Nations sanctions imposed against Bout since 2001 because of his reputation as a notorious illegal arms dealer.

Prosecutors had urged Scheindlin to impose a life sentence, saying that if Bout was right to call himself nothing more than a businessman, “he was a businessman of the most dangerous order.”

Bout was estimated to be worth about $6 billion in March 2008 when he was arrested in Bangkok, Thailand. U.S. authorities tricked him into leaving Russia for what he thought was a meeting over a business deal to ship what prosecutors described as “a breathtaking arsenal of weapons — including hundreds of surface-to-air missiles, machine guns and sniper rifles — 10 million rounds of ammunition and five tons of plastic explosives.”

He was taken into custody at a Bangkok luxury hotel after conversations with the Drug Enforcement Administration sting operation’s informants who posed as officials of the Revolutionary Armed Forces of Colombia, also known as the FARC. The group had been classified by Washington as a narco-terrorist group.

The “Merchant of Death” moniker was attached to Bout by a high-ranking minister of Britain’s Foreign Office. The nickname was included in the U.S. government’s indictment of Bout.
Add Comment