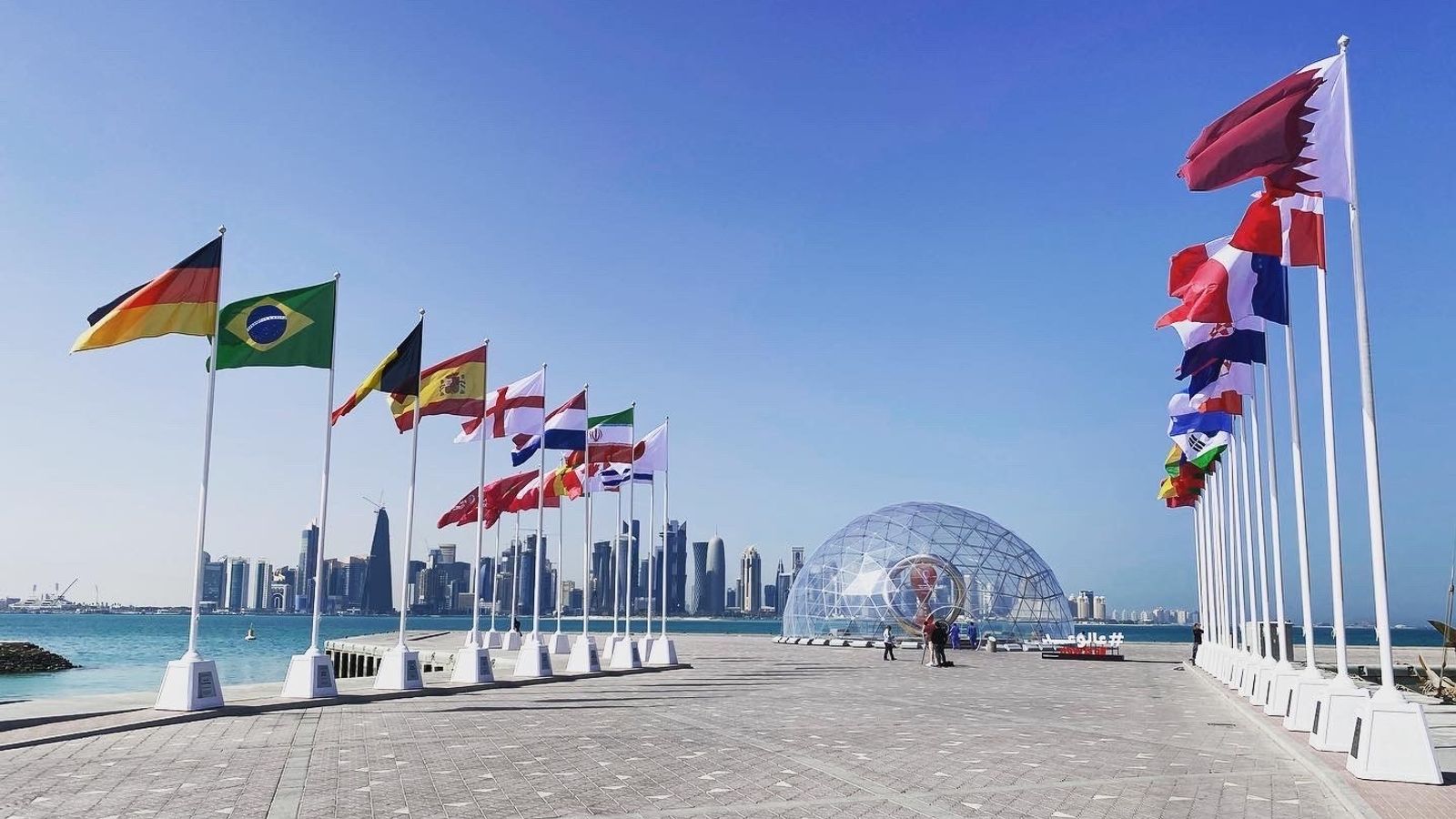 Qatar World Cup 2022: Some hotels refuse to accept same-sex couples, according to investigation

Reporters say they contacted 69 hotels on FIFA's official list of recommended accommodations - posing as a newly wed gay couple - and found three refused to accept reservations. Twenty others said they would accommodate them as long as they did not publicly show that they were gay.
Some World Cup hotels in Qatar have refused to allow same-sex couples to stay and others have asked customers to avoid public displays of affection, according to an investigation.

Homosexuality is illegal in Qatar - but FIFA and Qatari authorities have previously insisted that everyone is welcome at this year's tournament.

However, a team of Norwegian, Swedish and Danish reporters said they contacted 69 hotels on FIFA's official list of recommended accommodations - posing as a newly wed gay couple - and found three refused to accept reservations.

Twenty other hotels said they would accommodate them as long as they did not publicly show that they were gay.

Thirty-three hotels had no issues and were happy to book rooms for same-sex couples, according to the report by Norwegian Broadcaster NRK, Sweden's SVT and Denmark's DR.

"FIFA is confident that all necessary measures will be in place for LGBT+ supporters so that they, like everyone else, can feel welcome and safe during the championships," football's world governing body told the reporters in its response to their investigation.

It added it had made Qatar's Supreme Committee for Delivery & Legacy (SC) at the World Cup aware of the findings.

The committee said Qatar is a "conservative country" but was "committed to delivering an inclusive FIFA World Cup experience that is welcoming, safe and accessible to all".

It added, however, that it would take action against hotels that do not comply.

"Everyone is welcome in Qatar, regardless of their race, background, religion, gender, sexual orientation or nationality. All fans should feel welcome to book accommodation with the knowledge that the private lives of individuals living or visiting Qatar are respected," it said.

"More than 100 hotels in Qatar that will accommodate visiting football fans, players, officials and other core stakeholders, will be required to comply with the Sustainable Sourcing Code," a committee spokesperson told Reuters news agency.

"As a result, hotel operators complying with the Sustainable Sourcing Code are subsequently monitored and evaluated.

"The SC treats any violation of this code or instance of discrimination with the utmost seriousness.

"We would welcome further information on these allegations to ensure any partner associated with the FIFA World Cup does not fall short of the standards expected."

England manager Gareth Southgate had previously voiced his concerns, saying in March that he was unhappy some fans will not feel safe travelling to the event due to concerns over human rights issues in the country.

The same month, FIFA president Gianni Infantino told the Associated Press news agency: "Everyone will see that everyone is welcome here in Qatar, even if we speak about LGBTQ+."

The World Cup in Qatar will take place from 21 November to 18 December.
Add Comment