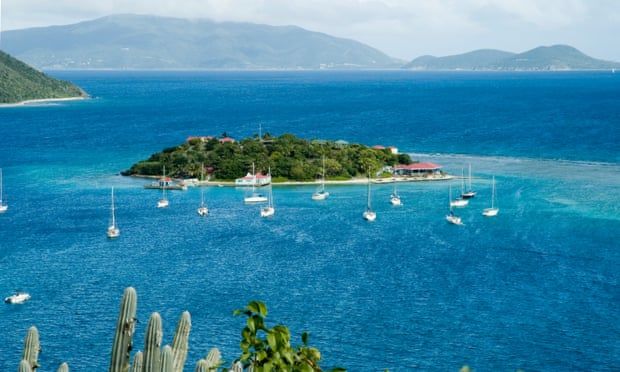 UK decided to suspend the constitution and democracy one month before ex-leader charged with drug offences and a UK inquiry finds governance issues. The question is what Zuckerberg can lecture BVI about good governance…
The Foreign Office is risking a political backlash on the British Virgin Islands if it goes ahead with plans recommended by an independent commission of inquiry to impose a form of direct rule on the islands from London after allegations of maladministration and corruption.

Natalio Wheatley, the acting BVI premier elevated to the office after the former premier Andrew Fahie, 51, was arrested on drug running charges in Miami on Thursday, said he opposed the plan for direct rule for two years, with the British appointed governor taking charge and being advised by a council of local politicians.

Fahie was arrested after an undercover operation conducted by the US Drug Enforcement Agency.

Foreign Office minister Amanda Milling is due to arrive at the islands shortly where she will hold talks before the Foreign Office makes a decision on direct rule next week.

Wheatley is from the same party as the former premier, but is seen as independent of him. His objections to direct rule have the support of the opposition party, so the UK must decide how to set about reform of BVI governance if the elected assembly and government retain existing powers over domestic policy.

An inquiry into corruption in the territory, led by Sir Gary Hickinbottom, whose report was hurriedly published by the Foreign Office in the immediate wake of the premier’s shock arrest, argued direct rule is necessary because the allegations of systematic rule-breaking, stretching back over one or more administrations, were so serious that time was needed for constitutional reform to be introduced, and investigations to be held into specific examples of corruption.

But the retired judge submitted his report, including this recommendation, on 4 April, with what he said was a heavy heart on the assumption that Fahie would still be in office. Arguably, his detention in a jail in Miami, along with the head of the BVI Ports Authority, Oleanvine Maynard, will weaken any Fahie allies who wished to block reforms or specific corruption investigations. Fahie, according to a DEA affidavit, had boasted he used his powers of office to protect his allies.

Fahie was also resisting plans to introduce a public register of beneficial ownership, a means of lifting the veil of secrecy over the BVI’s tax haven status. The Foreign Office believes corruption on the islands is linked more to drugs than money laundering. Yet more than half the shell companies identified in the Panama Papers are registered in the BVI, Hickinbottom’s report found.

In an address on Facebook, Wheatley said he was gravely concerned by the anchor of the Hickinbottom recommendations – the partial suspension of the constitution and direct rule by the UK for at least two years.

“What this would mean in real terms is that there would no longer be elected representatives who represent the people of the districts and the territory in the house of assembly where laws are made for our society. There would be no government ministers to advance the public priorities or a cabinet to approve a policy. All of that authority would be invested in the governor.

“The benefit of representative democracy to the public is the understanding and responsiveness of the elected representatives to their challenges and also to serve as conduits of their views, especially on reforms.”

Hickinbottom had proposed an ad hoc council be formed to advise the governor.

Wheatley said the strengthening of the system of BVI government “can be achieved without the partial or full suspension of the constitution”.

He said extraordinary powers exist under the constitution that can be exercised if necessary and, in an olive branch to London, said he recognised that the governor had a duty to ensure the security of the territory, acknowledging he has authority to mount the necessary criminal investigations.

Proposing an alternative path, Wheatley said: “What is in the best interest is an enhanced cooperation mechanism to impose the reforms under a tight timetable without resorting to direct rule.”

He said there were already signs of a better partnership between the elected cabinet and the governor, pointing to the progress BVI and the UK had made in imposing sanctions in response to Russia’s invasion of Ukraine.

However, the inquiry found that elected officials “can and do make decisions – which expend huge sums of public money and affect the lives of all those who live in the [British Virgin Islands] – as they wish, without applying any objective criteria, without giving any reasons and without fearing any comeback”.

The report said these decisions include matters such as procurement of contracts, selling crown land and grants of residence.

Also highlighted was the scale of police corruption; the report pointed out that in November 2020, in a single operation, the Royal Virgin Islands police force seized 2.353 tons of cocaine from the home of a serving police officer who is currently under arrest. At the time the chief of police gave his evidence to the inquiry, “the RVIPF had nine officers suspended for various offences, including not only possession with intent to supply, but also possession of an unlicensed firearm, making obscene publications, handling stolen goods and indecent assault”.

The string of islands inhabited by 35,000 people, east of Puerto Rico, operates under a 2007 constitution that gives the islands limited self-governance under a governor who is the ultimate executive authority as the representative of the Queen.
#Commission of Inquiry  #Hickinbottom  #Facebook  #Fahie
Add Comment