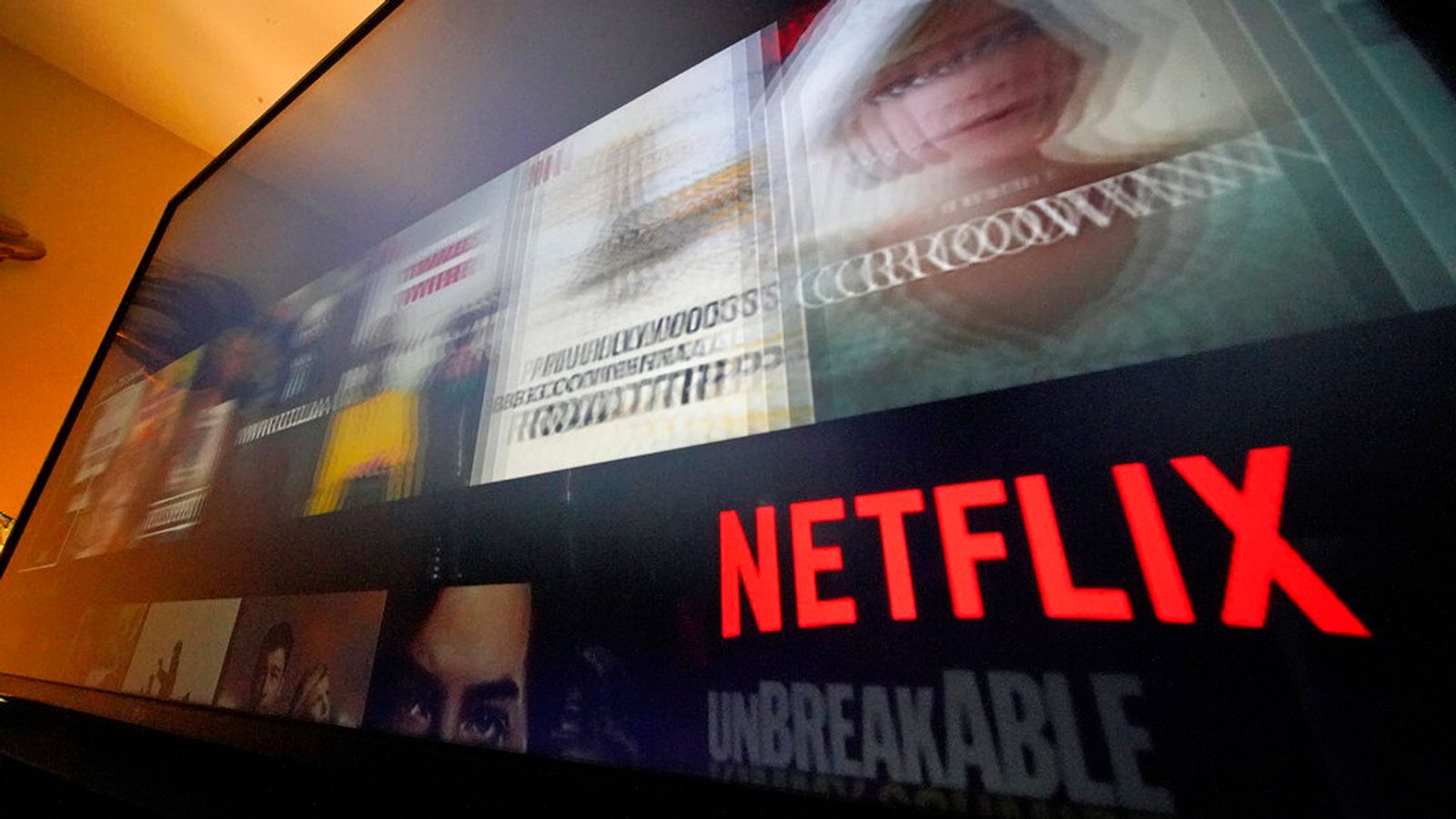 One might have thought, to judge from the acres of newsprint and hours of airtime devoted to its documentary about the Duke and Duchess of Sussex, that this would be a boom time for Netflix.
Not so.

Shares of the streaming giant fell by more than 8% this afternoon, wiping $11.5bn from its stock market value, on a report that its new advertising-funded service has got off to a poor start.

Digiday, a specialist publication that covers the digital media market, reported that audiences for the service have fallen short of the numbers that Netflix guaranteed advertisers.

It said, quoting five advertising agency executives, that audiences had only been around 80% of the numbers promised to advertisers in some cases and that, as a result, Netflix was offering them refunds on adverts yet to run.

Reporter Tim Peterson quoted one ad agency executive as saying: "They can't deliver. They don't have enough inventory to deliver. So they're literally giving the money back."

The article said that Netflix had been selling ads on a so-called 'pay on delivery' basis: in other words, advertisers only pay the company for viewers who actually watch their adverts.

It said that Netflix has been charging more, per numbers viewing adverts on its platform, than rival Disney+ - which briefly overtook Netflix earlier this year as the world's biggest streaming platform.

The article added that, in some cases, advertisers had not been taking a refund but instead rolling over their ad spend to the first three months of next year in the hope that Netflix can build a bigger audience over time.

Other advertisers, though, have sought refunds so they can deploy their ad spend elsewhere during the crucial Christmas season.

Netflix launched its new ad-funded service last month - seven months after first announcing it was thinking about the idea - in a bid to bolster its revenues.

The company shocked Wall Street when, in April, it announced it had suffered a fall in subscriber numbers during the first three months of the year.

The ad-supported service, which Netflix promised would carry just four to five minutes worth of advertising per hour, was launched in the US with a monthly subscription fee of $6.99.

Other streaming platforms, including Disney+, Hulu (which is jointly owned by Disney and Comcast, the parent company of Sky News) and HBO Max, which is owned by Warner Bros Discovery, are expected to charge more for their ad-funded services.

Wall Street is currently watching keenly to see whether Disney+ changes the price of its services more broadly following the dismissal last month of Bob Chapek, its former chief executive, who was replaced by his predecessor Bob Iger.

Digiday said that, while Netflix had struggled to meet its existing promises to advertisers, it was still seeking for ad deals for next year.

Separately, Netflix shares have also come under pressure after downbeat comments from one of the company's sternest critics on Wall Street.

Laura Martin, analyst at the investment bank Needham & Co, said that she eventually saw the business being overtaken by its competitors and eventually losing customers to them.

She told clients in a note to treat the shares "with caution" and added: "We see Netflix at a competitive disadvantage…because it doesn't own a bundle to lower churn in the US and it has largely saturated its offshore [total addressable market] already."

Today's decline in Netflix shares means that they have fallen by more than 51% so far this year - although they have rallied by some 60% since hitting their year's low in early May.
Add Comment