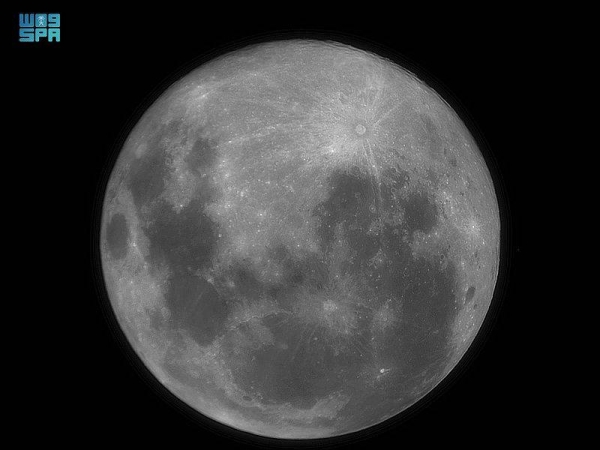 The moon will reach its closest point to Earth for the third time in 2022 on Wednesday, Majed Abu Zahra, president of Jeddah Astronomy Society stated.
The Jeddah Astronomy Society has clarified that the sky of the Arab world will witness a full moon on July 13, corresponding to Dhu Al-Hijjah 14, and it will represent the third giant full moon and the closest this year, noting that people will be able to watch it throughout the night.

Abu Zahira said that the moon will rise on Wednesday at noon, local time, and will reach the highest point in the sky tilting towards the south before sunset, and it will remain visible until it sets at midnight local time.

He indicated that the moon would reach the moment of completion at exactly 09:37 p.m. Makkah time.

He added that the moon at this time would have crossed half its orbit around the Earth during the month, after 9 hours and 38 minutes from its arrival at the perigee.

This conjunction of the moon will make its apparent size larger by 14% in addition to that it will be 30% brighter compared to the smallest full moon when it is at its farthest point from the Earth.

During the next few days, the distance between the moon and the sun will increase every night, as the moon approaches the full moon, Abu Zahra said, indicating that instead of the moon rising in the afternoon, it will be delayed until it rises with the sunset.
Add Comment