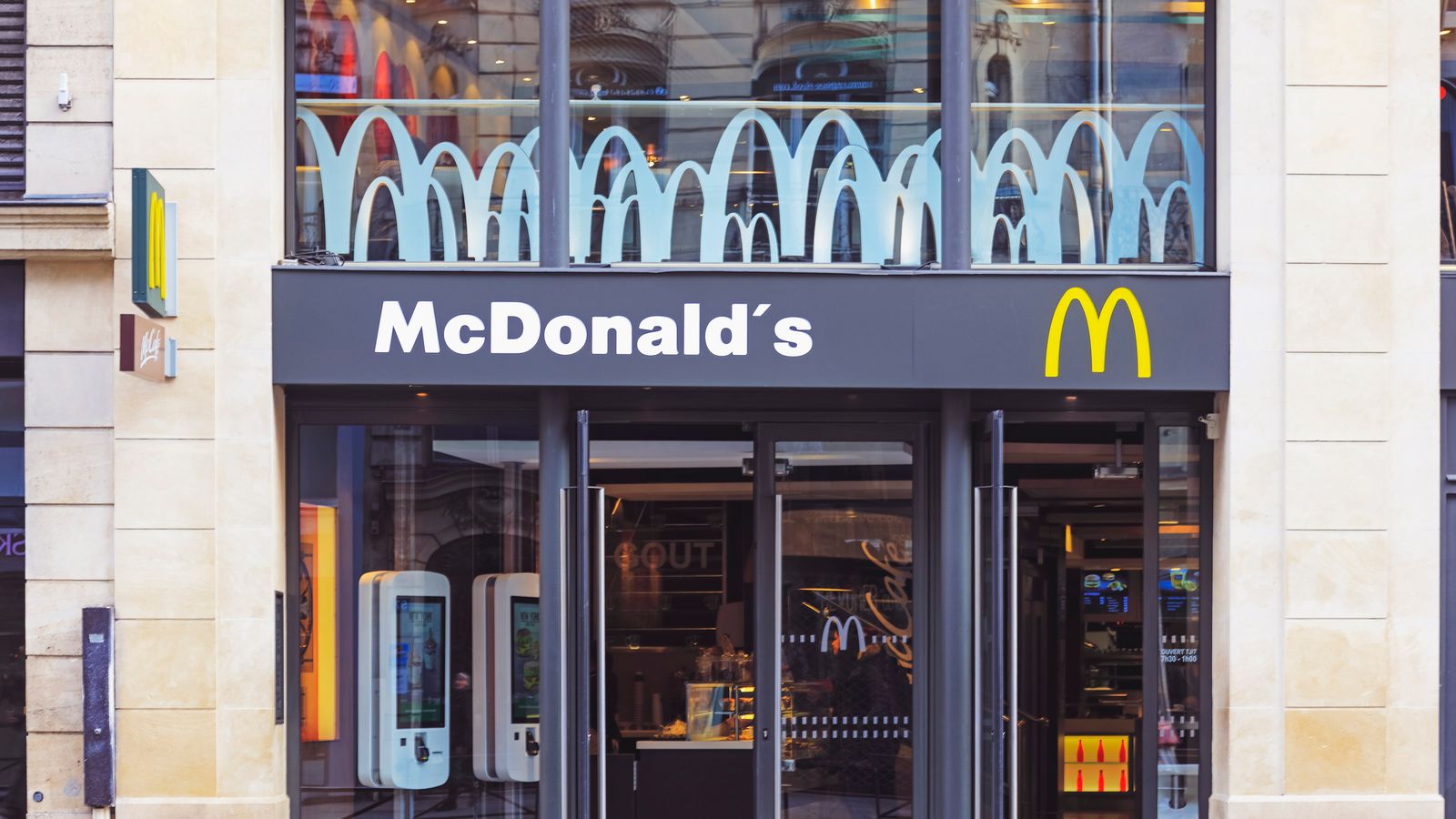 French prosecutors alleged that the US fast food giant was hiding French profits in Luxembourg, where taxes are lower, from 2009 to 2020 and reporting artificially low profits in France.
McDonald's has agreed to pay France €1.2 billion (£1 billion) to settle a case in which the fast-food giant was accused of years of tax evasion.

French prosecutors alleged that the US fast food giant was hiding French profits in Luxembourg, where taxes are lower, from 2009 to 2020 and reporting artificially low profits in France.

The company was accused of doing this by diverting fees paid by its franchise restaurants in France to units in other countries, which reduced its taxable income.

French media first reported in 2014 that authorities were investigating royalties sent to a McDonald's subsidiary in Luxembourg.

Following a legal complaint by unions in 2016, a tax fraud probe was launched and McDonald's French headquarters were searched.

McDonald's lawyers said the settlement was not an admission of guilt.

"It's a judicial agreement… to avoid a trial, which is a very long and inevitably uncertain process," lawyer Denis Chemla told reporters.

McDonald's is the latest in a string of multinational firms that have been accused of tax dodging.

Google, now Alphabet Inc, agreed to pay France $1 billion in 2019 in a similar settlement after being accused of unfairly shifting profits in the country.

McDonald's has 1,500 restaurants in France, many of which are franchises and pay a licensing fee for using the brand, IT systems and restaurant decoration.

The company said the settlement covered the use of its brand and know-how for the years from 2009 to 2020.

The tax and criminal cases it faces in France will now be closed.