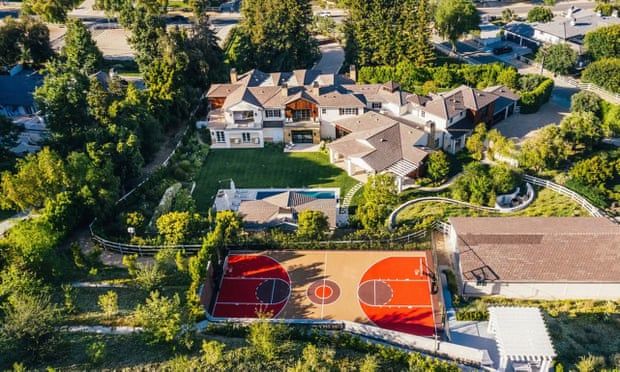 Madonna has listed her California mansion for $26m, a little more than a year after buying it from the R&B singer the Weeknd.

The singer-songwriter paid $19.3m for the property, located 20 miles from Los Angeles in the star-studded Hidden Hills neighbourhood, in April 2021.

The 12,500 sq ft home has nine bedrooms, a two-storey wall of windows, an infinity saltwater pool and spa and an orange basketball court.

The Weeknd, whose real name is Abel Tesfaye, was the home’s first owner and paid $18.2m for the property in 2017.

The Blinding Lights singer originally listed the mansion, which has a climate-controlled glass wine cellar, a theatre room and a five-car garage, for $25m in 2020. But after 10 months on the market, Madonna snapped it up for almost $6m less. The Weeknd has since moved to a $70m property in Bel Air. 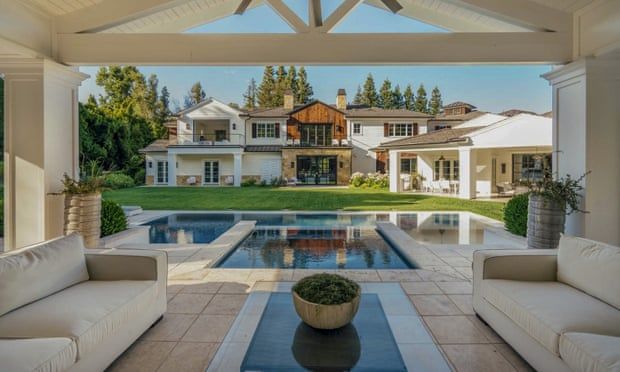 The estate has a total of nine bedrooms and 11 bathrooms.

The property is located in 1.2 hectares (3 acres) of land accessible via a guarded gate and includes a barn, a gym and a dance studio.

Madonna has listed the house with the Beverly Hills Estates, which represented the singer when she bought the property last April.

The agency describes the main house as sitting at the end of an olive tree-lined driveway with a “storybook bridge”, a great room with an indoor-outdoor bar and adjoining outdoor living room, and a formal dining room with a fireplace. 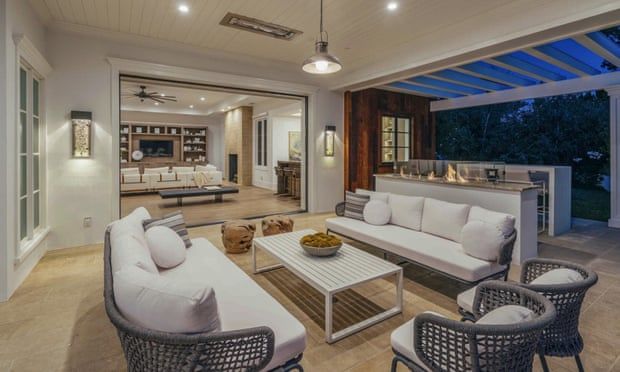 Interior of the house.

The gated Hidden Hills community is a favourite neighbourhood for some of Hollywood’s biggest names, including the Kardashians.

The Canadian hip-hop star Drake recently sold a pair of houses in the area to Matthew Stafford, the quarterback of the LA Rams NFL football team, for $11m.

Last year, Madonna announced a lucrative career-spanning deal with her original record label, Warner Music, in which her four-decade catalogue of hits including Papa Don’t Preach and Like a Virgin will be rereleased over the coming years.