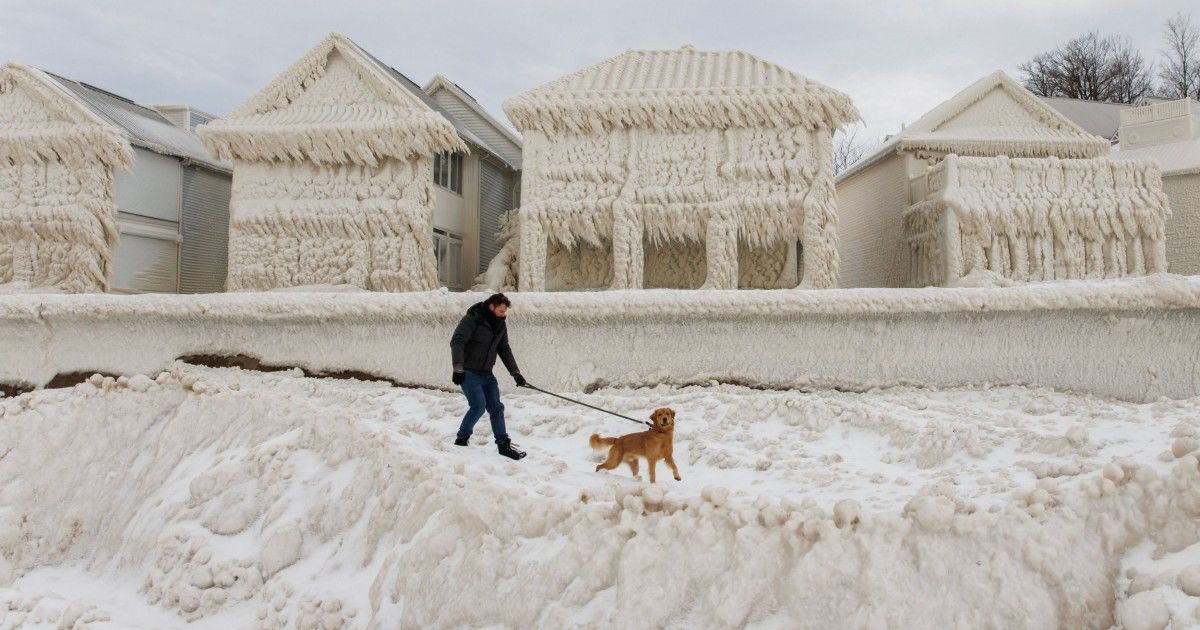 Crystal Beach in Canada is truly living up to its name as a massive winter storm last week left it coated in ice.

The lakefront community in Fort Erie, Ontario, is close to the border of New York city Buffalo which has been especially battered by the blizzard.

Looking like it was straight out of the Disney film Frozen, Crystal Beach has been dusted by snow and ice, blanketing rooftops, windows, sheds and cars.

Province officials have issued a weather warning due to the powerfully frigid winds and piles upon piles of snow.

Nearly 15,000 Fort Erie residents were left without power over the weekend, with a December 26 update from Canadian Niagara Power saying nearly 4,000 people are still without electricity.

The gusts have proved so intense that they threw water onto a row of buildings sitting on the lakefront. 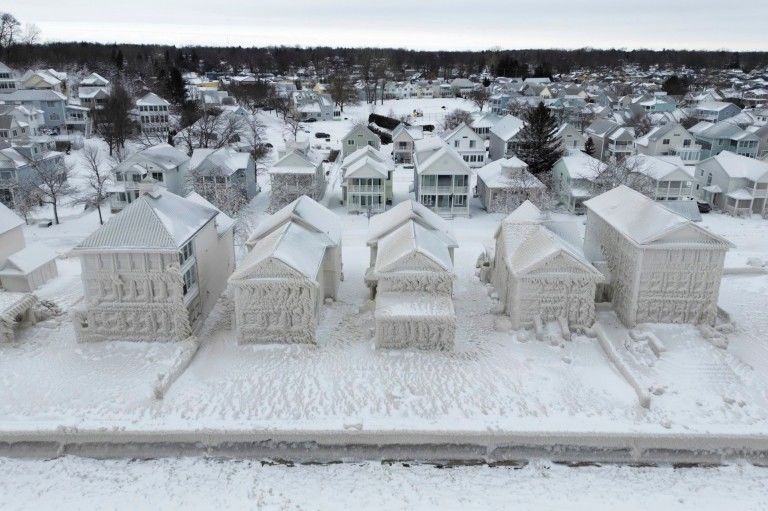 Lake water was splashed onto the houses by the wind 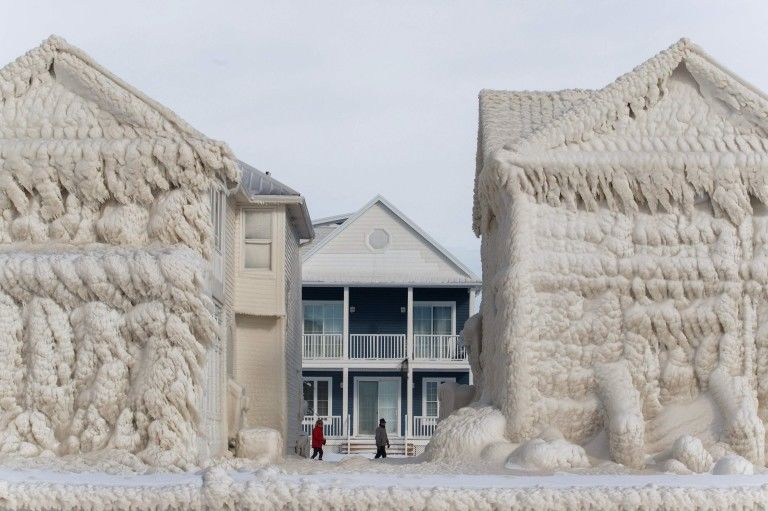 The lakefront houses were completely crystalised by the ice 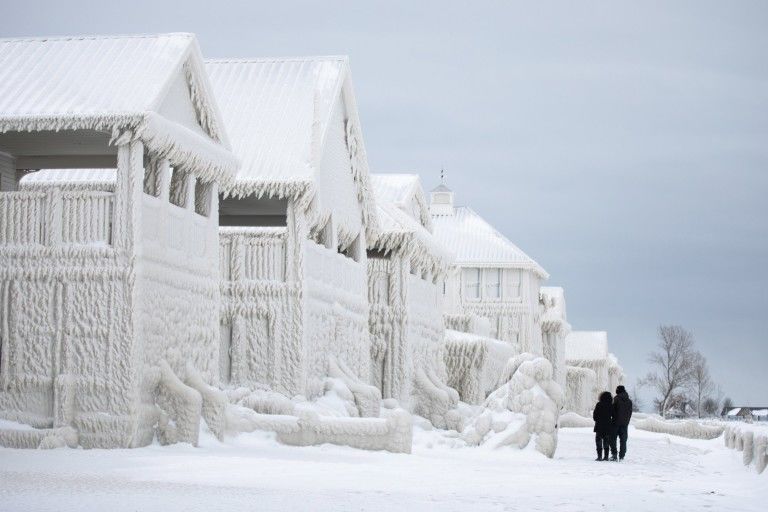 Residents are worried, however, about the water pooling when it melts

Resident Derek Tupling told CTV News Toronto on Tuesday: ‘(The waves) were coming up over the break wall. They were probably 10, 15 feet high, up above the break wall.

‘So, you can just imagine the sheer volume and strength of water coming up over the wall to hit it and then freeze – flash freeze – immediately. It’s absolutely incredible.’

Tupling said the ice on the backs of the home is at least a foot thick, raising fears of the pooling water that could follow when it thaws.

‘We’ve been here for a long time and have never seen weather as bad as that over that period of time,’ he added.

‘The damage that’s been caused and the destruction on the backsides of these houses of where we are now is unbelievable.’ 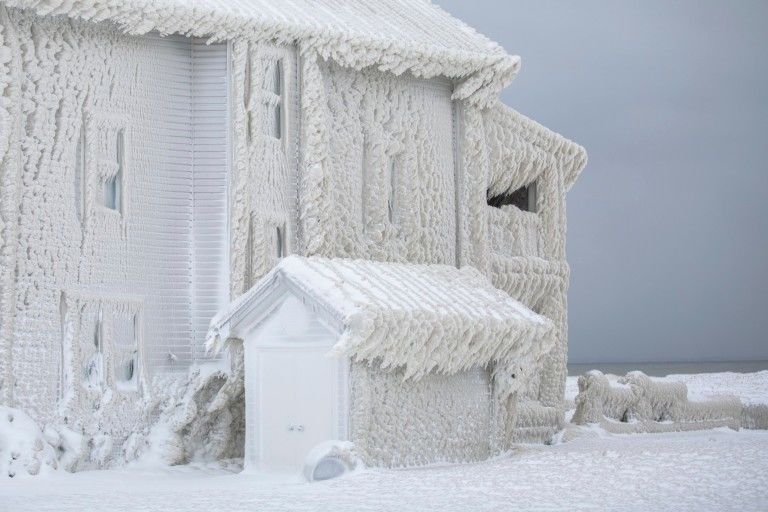 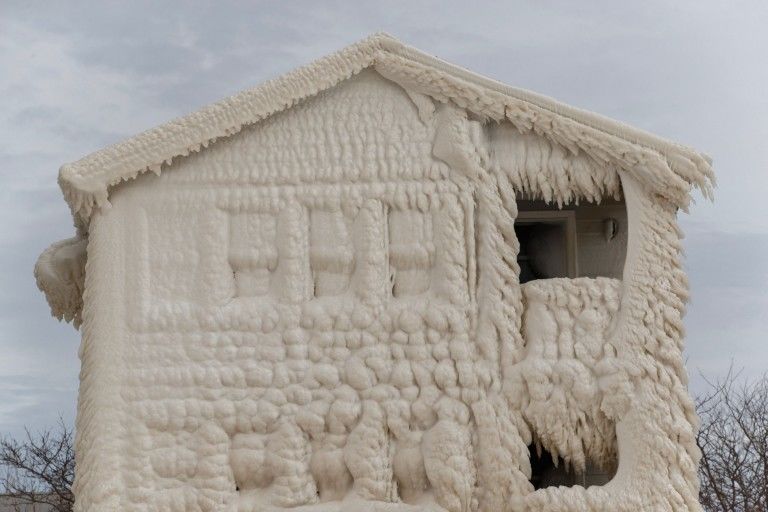 The ice clung to almost every part of the properties 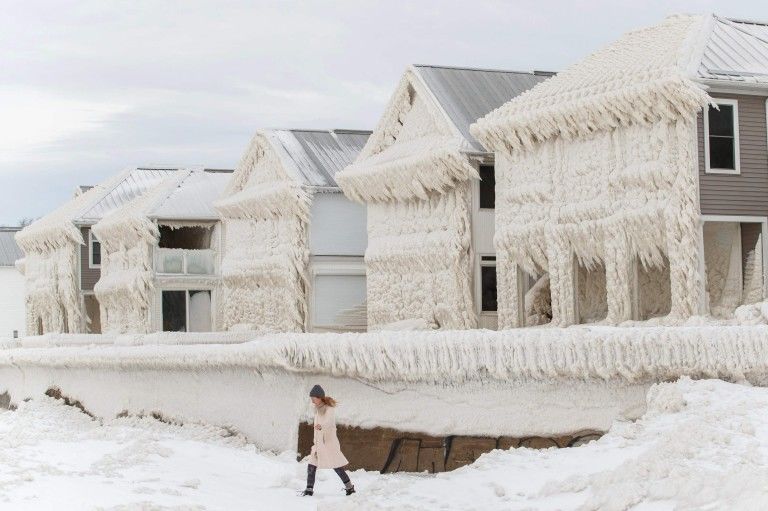 Many Crystal Beach locals were left in disbelief waking up to the whiteout conditions – and they certainly weren’t alone.

Tourists were stunned to see the mighty Niagara Falls had almost frozen solid due to the cold, while the deep freeze iced a lighthouse into a sculpture.

Though this has all come with a heavy price.

Officials have said the storm, which collided with the region on December 23 and lasted roughly 36 hours, is one of the worst in recent memory.