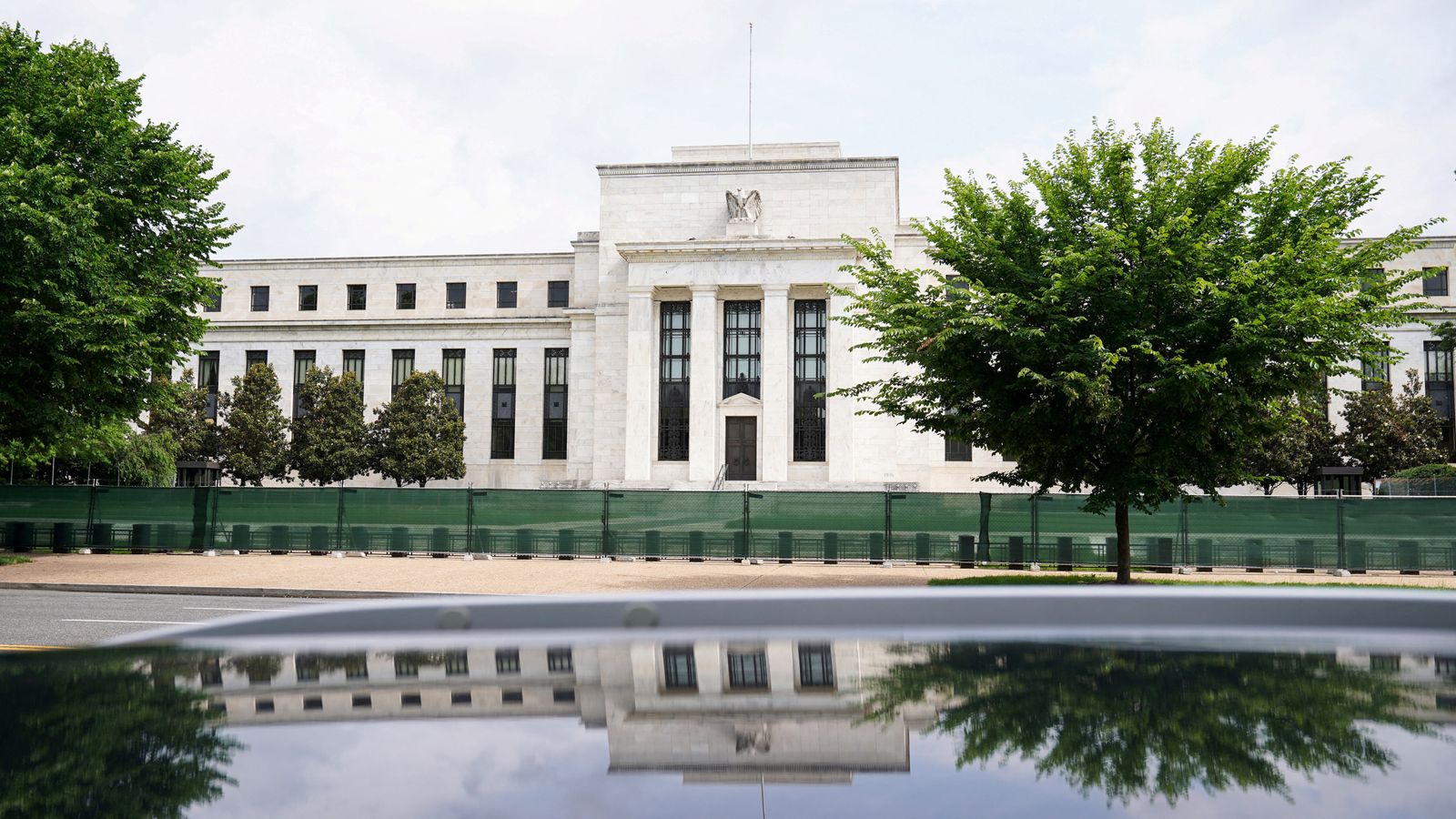 The Federal Reserve will be particularly worried that inflation in the US - as shown by the core figure - appears to be being generated domestically.

Inflation eased in the United States in September for the third month running, but the underlying picture is awful and interest rates will rise further than predicted.

It is encouraging that the headline rate of inflation - CPI - fell on a year-on-year basis to 8.2%. It increasingly looks, on this measure, as if US inflation peaked at 9.1% in June, which was the highest in four decades, slipping to 8.5% in July and 8.3% in August.

That was, though, slightly higher than the 8.1% that the market had been expecting. Worse still was the figure for so-called 'core' inflation, the figure which strips out volatile elements such as energy and food.

This came in at 6.6% on a year-on-year basis - up from 6.3% in August and the biggest such increase since August 1982. On a month-on-month basis, core inflation was up 0.6% from August, again significantly ahead of the 0.4% that Wall Street had been expecting.

The news all but guarantees another big interest rate rise from the US Federal Reserve next month.

The Fed has raised its main policy rate - Fed Funds - by 75 basis points (three quarters of 1%) at each of its previous three meetings and is almost certain to do so again next month. That would take Fed Funds to a range of 3.75%-4%. The big question now is whether the Fed goes for a full 100 basis point increase and takes its policy rate to a range of 4%-4.25%.

What will particularly have worried the Fed is that inflation in the US - as shown by the core figure - increasingly appears to be being generated domestically. Previously, there was a case for saying that it had been externally generated, with the war in Ukraine pushing up both energy and food prices. The strength of the core inflation numbers, though, give the lie to that.

As Seema Shah, chief global strategist at Principal Asset Management, put it: "After today's inflation report, there can't be anyone left in the market who believes the Fed can raise rates by anything less than 75 basis points at the November meeting.

"In fact, if this kind of upside surprise is repeated next month, we could be facing a fifth consecutive 0.75% hike in December with policy rates blowing through the Fed's peak rate forecast before this year is over.

"The composition of the inflation reading is perhaps even more worrisome than the overall number. Increases in shelter and medical care indices, the stickiest segments of the CPI basket, confirm that price pressures are extremely stubborn and will not go down without a Fed fight.

"What's more, with food also a key contributor to this month's number, it suggests household budgets may be coming under severe pressures. Slowing growth yet rising inflation - the combination none of us, and least of all the Fed, want to see."

As with the Bank of England in the UK, the Fed has come under pressure for being behind the curve, slow to pick up on inflationary pressures building in the system last year and responding more rapidly with interest rate rises.

It has, though, responded to the take-off in inflation more aggressively than any other central bank around the world.

The Fed's main policy rate - Fed Funds - stood at a range of 0%-0.25% at the end of last year but has since been increased five times and now stands at the current range of 3%-3.25%. It represents the fastest pace at which the Fed has raised interest rates since the early 1980s when Paul Volcker, one of the Fed's most revered chairmen of all time, declared war on the high inflation levels that had blighted the US during the 1970s. 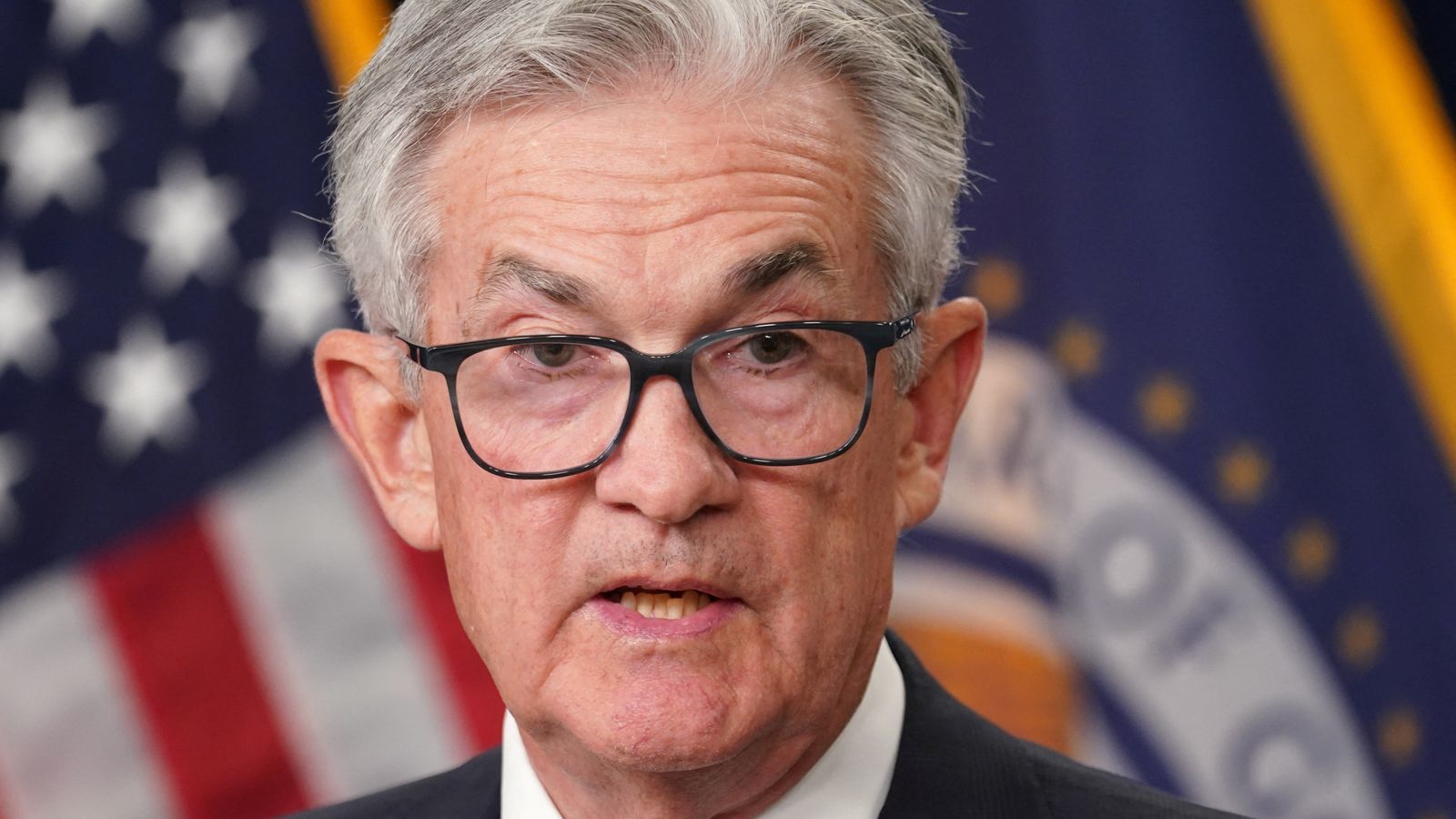 The Fed seems certain to continue raising rates aggressively and the expectation must be that interest rates in this cycle will now peak at a higher level than was previously expected.

Jerome Powell, the Fed chairman, has indicated that he would even be prepared to risk a US recession if that is the price that needs to be paid to bring inflation back under control.

The August number had already delivered a warning that core inflation was the main concern. That will now intensify.

Part of the strength in US core inflation reflects, as in the UK, the tight labour market. The number of people of working age who are actually seeking work has fallen on both sides of the Atlantic - pushing up wages for those who are in work. Those higher labour costs for employers are ultimately passed on to their consumers.

If the hot inflation number mean higher interest rates in the near term, it also means pain further down the line to those exposed to them, both businesses and homeowners.

In particular for many US consumers, who during the summer enjoyed a respite from inflation in the shape of lower inflation, there may be a fair deal of pain ahead.

And recent history tells us that, when the US consumer suffers, so too does the global economy.