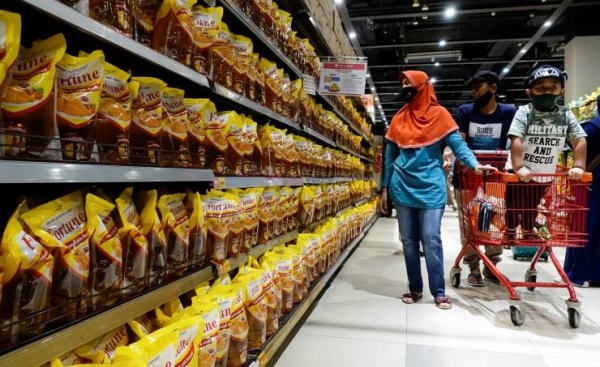 Indonesia, the world's top palm oil producer, announced plans to ban exports of the most widely used vegetable oil on Friday, in a shock move that could further inflame surging global food inflation.
The halting of shipments of the cooking oil and its raw material, widely used in products ranging from cakes to cosmetics, could raise costs for packaged food producers globally and force governments to choose between using vegetable oils in food or for biofuel. Indonesia counts for more than half of global palm oil supply.

In a video broadcast, Indonesia's President Joko Widodo said he wanted to ensure the availability of food products at home, after global food inflation soared to a record high following the war in Ukraine.

"I will monitor and evaluate the implementation of this policy so availability of cooking oil in the domestic market becomes abundant and affordable," he said to Reuters.

"This move is rather unfortunate and totally unexpected," he said.

Alternative vegetable oil prices spiked in response to the measure which will take effect on April 28. Soybean oil, the second most used vegetable oil, rose 4.5% to a record high of 83.21 cents per pound on the Chicago Board of Trade .

Global prices of crude palm oil, which Indonesia uses for cooking oil, have surged to historic highs this year amid rising demand and weak output from top producers Indonesia and Malaysia, plus a move by Indonesia to restrict palm oil exports in January that was lifted in March.
Add Comment