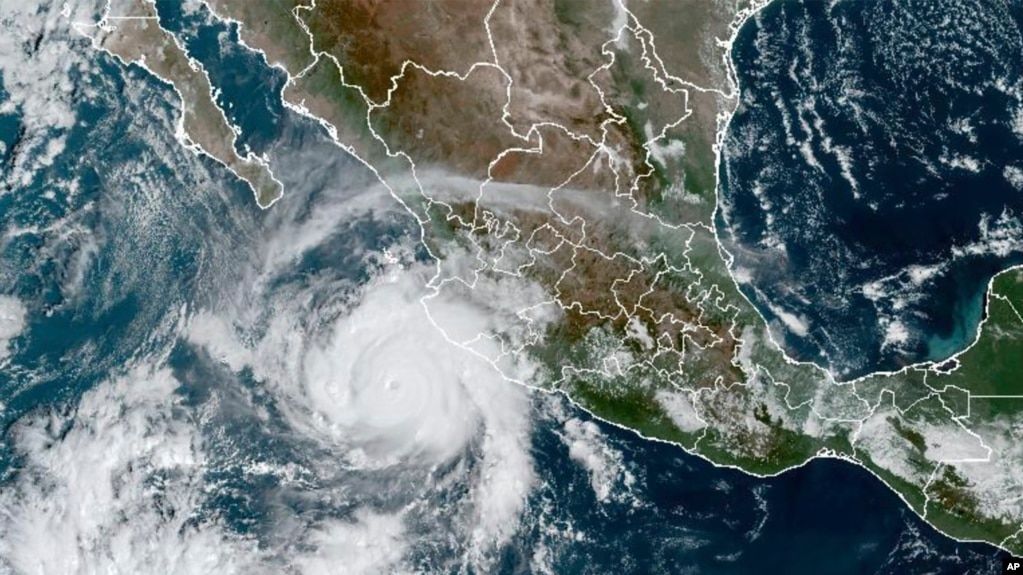 Hurricane Roslyn intensified to a powerful Category 4 storm on Saturday and was expected to keep strengthening as it churned toward tourist zones along Mexico's Pacific coast with expected landfall by Sunday, the U.S. National Hurricane Center (NHC) said.
Roslyn was forecast to pick up strength as it moves parallel to the southwestern coast of Mexico through midday Saturday before making landfall along the coast of Nayarit state Sunday morning, bringing damaging winds and a major storm surge, the NHC said.

Nayarit is home to popular beach destinations like Sayulita and Punta Mita.

Although some weakening was possible beginning on Saturday night, Roslyn was expected to still be near or at major hurricane strength when it makes landfall, the Miami-based forecaster said.

Maximum sustained winds increased to near 130 mph (215 km), and rainfall of 4 to 8 inches was expected on the upper coast of Colima, Jalisco and western Nayarit.

"Heavy rainfall could lead to flash flooding and possible landslides in areas of rugged terrain over coastal southwestern and west-central Mexico," the NHC said.

Preparations to protect life and property "should be rushed to completion" for areas under hurricane warnings along the Jalisco and Nayarit coastlines from Playa Perula to El Roblito, it said.
Add Comment