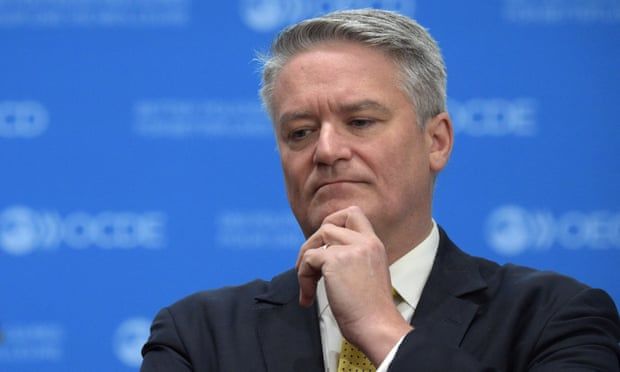 Some doubt the OECD-brokered agreement, which would levy more tax on the world’s largest firms, will ever be implemented
An international deal that would force the world’s biggest multinational companies to pay a fair share of tax has been delayed until 2024 amid fresh wrangling over the painstakingly negotiated agreement.

Mathias Cormann, the secretary-general of the Organisation for Economic Co-operation and Development (OECD), told the World Economic Forum in Davos, Switzerland, that there were “difficult discussions” taking place that meant the deal could not come into force in 2023, as previously hoped.

Cormann said he remained confident an agreement would eventually be implemented to let countries levy more tax on the world’s largest firms based on the sales generated within their borders.

But the US billionaire investor, David Rubenstein, co-chairman of the Carlyle group, said he doubted whether the OECD-brokered deal would ever happen. “Global tax deals sound great but getting them implemented is very difficult,” he told a Davos session before Cormann’s comments.

The deal – which Cormann called “historic and very important” – has two parts. Pillar 1 involves the reallocation of some profits from major multinationals such as US tech companies to countries where they made their sales, while Pillar 2 brings in a global minimum corporation tax rate of 15%.

Cormann said there were “still some difficult discussions under way with relation to the technical aspects” of Pillar 1.

“We deliberately set a very ambitious timeline for implementation to keep the pressure on and we think that has helped keep the momentum going.

“But I suspect it is probably most likely that we will end up with a practical implementation from 2024 onwards.”

Cormann refused to comment on political issues, but said the OECD deal would be better for US multinational companies than a proliferation of different tax regimes overseas if countries tried to individually make them pay a fair share.

He was also “very encouraged by the progress” on Pillar 2, and hopeful that EU members will agree to back it. Pillar 1 requires an international treaty to be agreed, while Pillar 2 is implemented through domestic legislation.

Cormann said that once there was a critical mass of countries imposing a minimum level of corporate tax on profits generated in their jurisdictions, it would be very hard for other countries not to follow.

He explained: “Essentially you leave money on the table for other countries to collect, if you don’t align yourself to that global standard.”

“Without this deal being in place, we risk missing out on the chance to bring billions of pounds currently lost to large multinationals’ tax dodging back to Britain,” he added.

“The Chancellor needs to use his position to urgently get people back round the negotiating table, and do all he can to make sure this landmark deal is delivered.”

Poland has been holding back support for the EU’s directive to implement Pillar 2, but French finance minister, Bruno Le Maire, said on Tuesday he was confident an agreement would be reached.
Add Comment