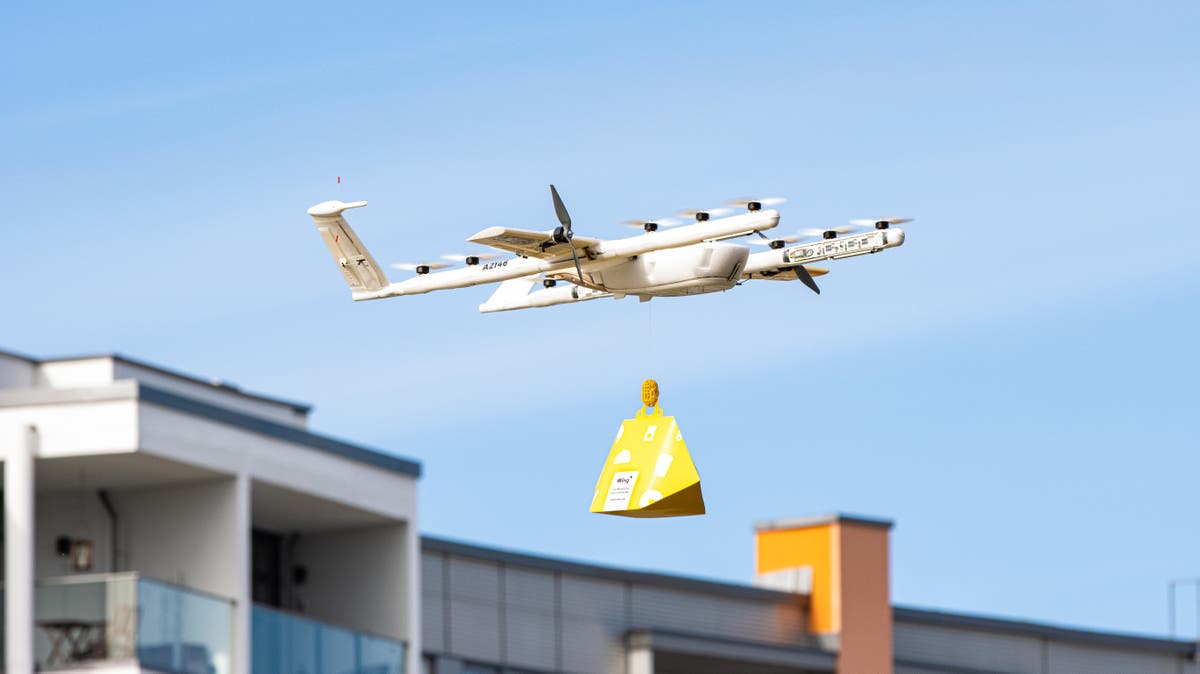 Google will use drones to deliver packages in Ireland

The drones will be dropping free gifts off to locals in the north Dublin suburb of Lusk as part of a trial.
The dream of big-tech companies to deliver parcels by drone is slowly coming to fruition. E-commerce giant Amazon first revealed its ambitious plan to use flying droids to drop off packages back in 2014. Eight years later, Prime Air is available in just two sparsely populated towns in Texas and California. While Google parent Alphabet has gone a step further by bringing drone deliveries to the Finnish capital Helsinki, the largest urban area in the Scaninavian country, home to around 650,000 people. Now, its drone business unit, known as Wing, is coming to the north Dublin suburb of Lusk in Ireland.

The company has started inviting locals to test out the service to get select packages dropped off for free throughout the remainder of the year, reports the Independent.ie. Wing says this trial phase is aimed at getting feedback from the public as it looks to expand the service to more European locations.

However, it adds that the operation will be markedly different to the commercial drone deliveries it runs in the US and Australia. Those locations see Wing drones complete deliveries by lowering packages into front and back gardens using a cord with a hook on the end for the item. The company says this allows for accurate dropoffs, while helping it to avoid any clashes with curious cats and dogs. By comparison, it is limiting deliveries in Dublin to just three spots in the Chapel Farm Park area, in Lusk.

Delivery normally takes between five and 10 minutes from the order being placed via Wing’s app, with the drones buzzing around at an altitude of 50 to 100 metres at a speed of 100kph. The drones take off from an industrial facility 2km outside Lusk, according to Independent.ie. For now, locals can only order a free surprise gift pack three days per week during designated hours. In its commercial markets, Wing delivers everything, from grocery items to coffee to KFC in partnership with local retailers. In October, it reached a milestone by completing 300,000 deliveries since 2014.

Though Wing has made some strides since its inception, it could still be a while till we see drones zooming around the skies of London, or any major metropolis, for that matter. Getting drone deliveries off the ground requires regulatory clearance from aviation authorities.

Still, some businesses are pushing to make them a reality. In May, Royal Mail unveiled plans to set up as many as 50 drone routes over the next three years for rural communities in the wake of test flights. The NHS and Boots have also tested using drones to fly medical supplies and prescription medicines to the Isle of Wight. In addition, Amazon made a successful test delivery by drone in Cambridge back in 2016.
Add Comment