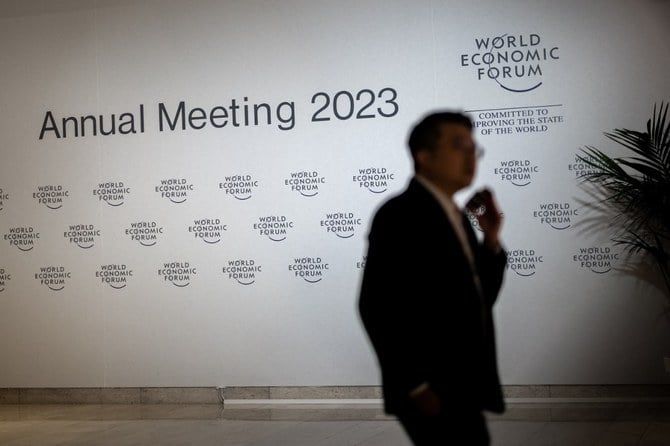 Two-thirds of chief economists at the World Economic Forum have predicted a global recession in 2023 with continued geopolitical tensions, and further monetary tightening in the US and Europe.
The conclusion came in key findings of the Chief Economists Outlook, launched on Monday on the first day of the forum’s Annual Meeting in Davos, Switzerland.

Of the majority predicting a recession, 18 percent said it was extremely likely, against a third of respondents who thought the opposite.

The outlook in September 2022 was slightly less gloomy, when 64 percent of respondents stated that a global recession was “somewhat likely” in 2023.

Saadia Zahidi, managing director at the WEF, said: “With two-thirds of chief economists expecting a worldwide recession in 2023, the global economy is in a precarious position.

“The current high inflation, low growth, high debt, and high fragmentation environment reduces incentives for the investments needed to get back to growth and raise living standards for the world’s most vulnerable.

“Leaders must look beyond today’s crises to invest in food and energy innovation, education and skills development, and in job-creating, high-potential markets of tomorrow. There is no time to lose,” she added.

When surveyed about China, half of the respondents said they expected strong growth while the remainder predicted the opposite. Recent efforts to loosen the country’s zero-COVID policy were aimed at yielding a boost to growth, but it remained to be seen how disruptive the policy shift would be, namely in relation to health impacts.

Inflation was expected to vary significantly across regions, with 5 percent of the chief economists predicting high inflation in China, while 57 percent believed the surge would happen in Europe.

After a year of sharp and coordinated central bank tightening, the chief economists said the monetary policy stance would likely remain constant in most of the world this year.

A majority, however, expected further monetary tightening in Europe and the US – 59 percent and 55 percent, respectively. They highlighted that 2023 was likely to involve a difficult balancing act for policymakers between tightening too much or too little.

Business activity was also forecast to receive numerous blows in 2023. Nine out of 10 respondents expected both weak demand and high borrowing costs to weigh on firms, with more than 60 percent also pointing to higher input costs.

Such a wider economic shift would likely reverberate through trade, investment, labor, and technology flows, creating innumerable challenges as well as opportunities for business.

One positive signal was that supply chain disruptions were not expected to cause a significant drag on business activity in 2023.

While the forum’s Global Risks Report 2023 recently found the cost-of-living crisis to be among the world’s most urgent risks, the chief economists saw the crisis potentially nearing its peak, with 68 percent expecting it to have become less severe by the end of 2023.

A similar trend was evident in relation to the energy crisis, with 64 percent of respondents expecting some improvement by the year's end.

In addition, survey respondents highlighted several potential sources of optimism at the start of 2023, including the strength of household finances, growing signs of easing inflationary pressures, and continued labor-market resilience.
#Covid
Add Comment