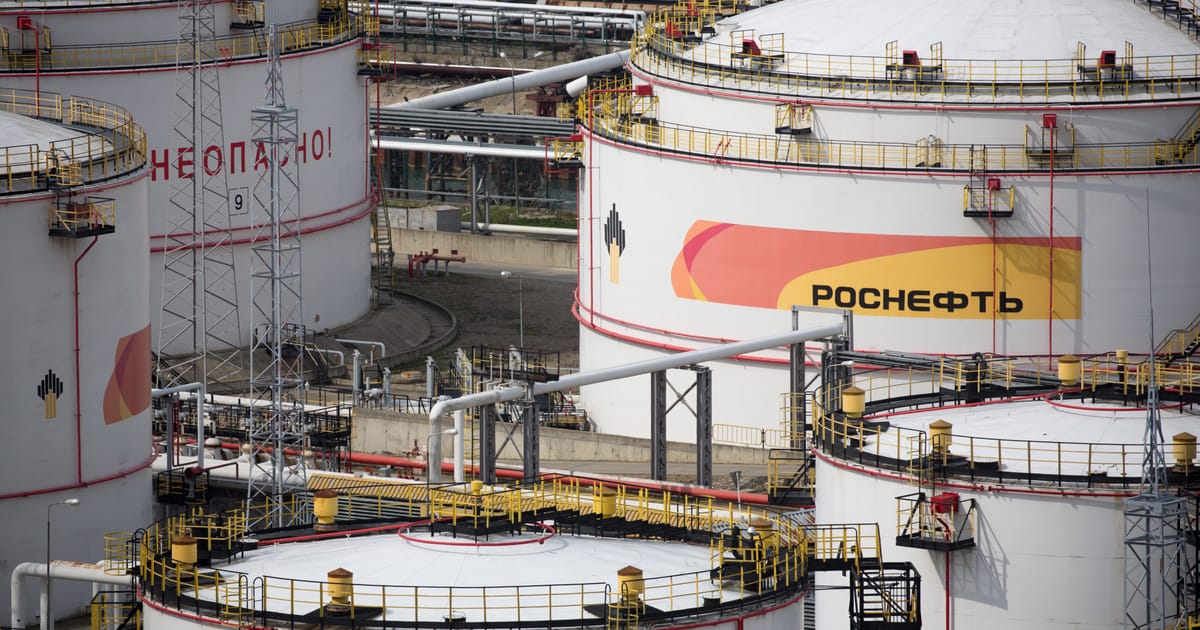 Berlin needs to take decisive action as Russian oil will be banned by sanctions in the months ahead.
Germany has brought the national subsidiary of Russian oil company Rosneft under state control to ensure security of supply from a major refinery whose operations look set to be disrupted by looming EU sanctions on Russian oil.

The challenges posed by Rosneft's role in Germany's energy system are increasingly pressing, and Berlin wants to guarantee that it can produce more refined fuel from crude imported from non-Russian sources. Russia's Druzhba pipeline will soon come under EU sanctions on petroleum products from Russia, due to come into effect in February 2023. A separate ban on tanker imports of Russian oil will come into force in December.

The Schwedt refinery near Berlin, and two others, will be brought under the aegis of the Federal Network Agency. Rosneft Germany is one the largest oil processing companies in the country, accounting for around 12 percent of Germany’s total capacity, the economy ministry said in a statement.

The company will be placed under the “trust administration” of the state regulator, addressing “the looming threat to the security of energy supply,” the ministry said, adding that the move would secure the future of Rosneft Germany’s PCK Schwedt refinery, a major supply point that connects to the Druzhba pipeline from Russia and supplies most of the German capital’s fuel.

Ministers promised a “comprehensive future package that will provide a transformation boost for the region and support the refinery to ensure the supply of oil on alternative delivery routes.”

The MiRo refinery in Karlsrhue and the Bayernoil site in Vohburg will also come state control.

Chancellor Olaf Scholz and Economy Minister Robert Habeck are expected to set out more details of the plan later on Friday.
Add Comment