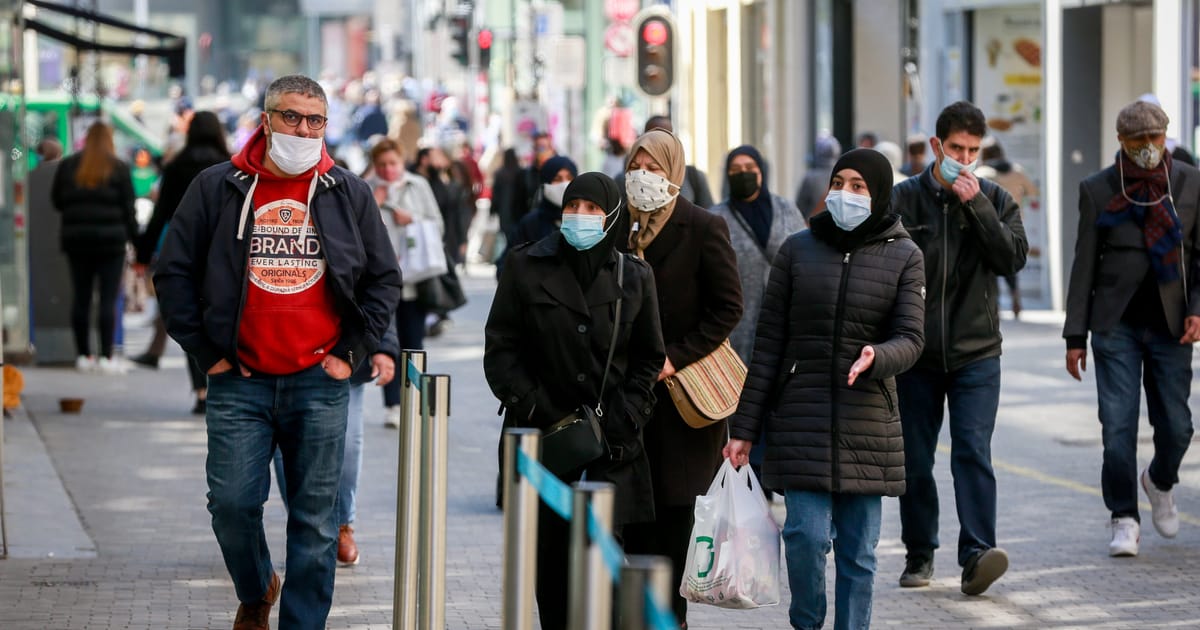 Cases and hospitalizations are rising in Belgium, the UK and Denmark.

COVID-19 cases and hospitalizations are creeping up in Northern Europe where the colder and wetter weather is first being felt across the bloc.

Latest data from Belgium, the U.K. and Denmark points to a gradual uptick in the number of cases and hospitalizations.

Belgium's health authority said its modeling points to a new COVID-19 wave hitting in mid-October. Its data published on Friday suggests the first ripples of this wave have already arrived.

Denmark's infectious disease institute reported first data indicating a reversal in infection rates, which after a long period of decline are now stabilizing or rising slightly across the regions.

The institute also noted that hospitalizations rose 6 percent over the last week, compared with the week before. “People aged 70 to 89 remain the largest group among the newly admitted, as has been the case since the beginning of the year,” the institute said.

Public health authorities including the World Health Organization have been warning for some months of the likely rise in cases again this cold season. Of particular concern is the pressure on health systems, especially with an anticipated surge in other respiratory viruses like flu this winter.

“While COVID-19 rates are still low, the latest data for the last seven days indicate a rise in hospitalizations and a rise in positive tests reported from the community,” said Susan Hopkins, chief medical advisor at the U.K. Health Security Agency.

Hopkins urged those eligible to come forward for their fall vaccine booster, "sooner rather than later," to build up immune protection ahead of the winter.

Europe has authorized boosters that target two types of the Omicron variant, including the one that is dominant now. The U.K. has so far approved one new booster that targets the first Omicron strain, and has bought enough for almost the entire population.

“All of the available boosters provide good protection against severe illness from COVID-19,” Hopkins said.

Oh ya 68 days ago
Unfortunately Frieder lots still believe it. Gringos and locals alike as you an still see them driving alone in the car with their masks on. But as it progress there will be less traffic and easier parking at the store

Frieder Buck 68 days ago
Ah c'mon people...is still ANYONE believing in this narrative?
But an explanation could be that NOW slowly all the "expected vaccine effects" start kicking in, + the immune system of the vaxxed is now so dependent on external help, so if they dont get it, they get cold/the flu/a bit of fever etc etc

Oh ya 68 days ago
Its not covid folks it is antibody dependent enhancement. Yes you took the clot shot and destroyed your ammune system so you are going to catch lots of things even more common colds, flu etc. You failed the world IQ test now you get to live by your mistakes
View all comments (3)Add comment