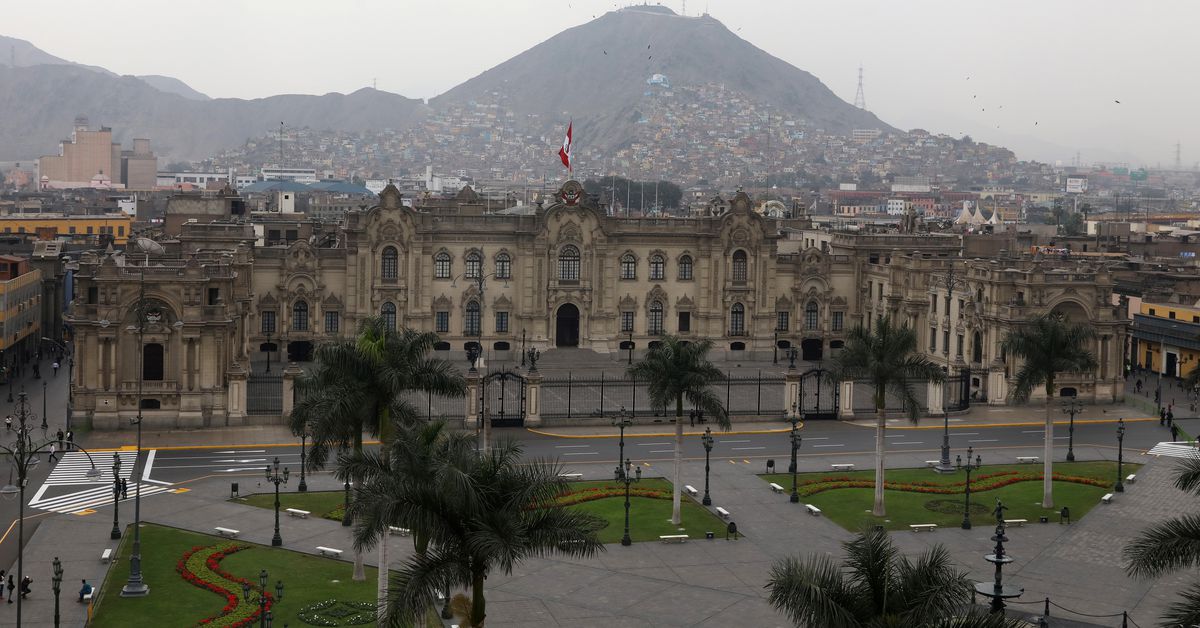 Ex-adviser to Peru president arrested after months on the run

Bruno Pacheco, a former senior adviser to Peru's President Pedro Castillo, has handed himself in to authorities after months on the run amid a corruption investigation, the country's attorney general said on Tuesday.
Pacheco's arrest follows the appointment of a special police team tasked with tracking down and capturing allies of Castillo who are now subjects of criminal investigations.

Two of Castillo's allies remain in hiding, including his former transportation minister and his nephew.

Attorney General Patricia Benavides congratulated the team as she announced Pacheco's arrest, who had been missing since March. Reuters was not immediately able to contact a lawyer for Pacheco.

Left-wing Castillo, who has been in office for just under a year, is himself facing five different criminal probes, including one for an alleged obstruction of justice.

Castillo has faced questioning by prosecutors and has rejected any allegations against him.

The president tweeted Tuesday morning that the news about Pacheco was "satisfactory" and said it debunked claims the executive branch was protecting individuals.

Pacheco became a household name in Peru in November after police found $20,000 in cash that he had allegedly stuffed in a bathroom of his government office. He denied wrongdoing and resigned in November.

He fired his interior minister the day after announcing the creation of a special police team to track down political fugitives, prompting a fresh probe against him.
Add Comment