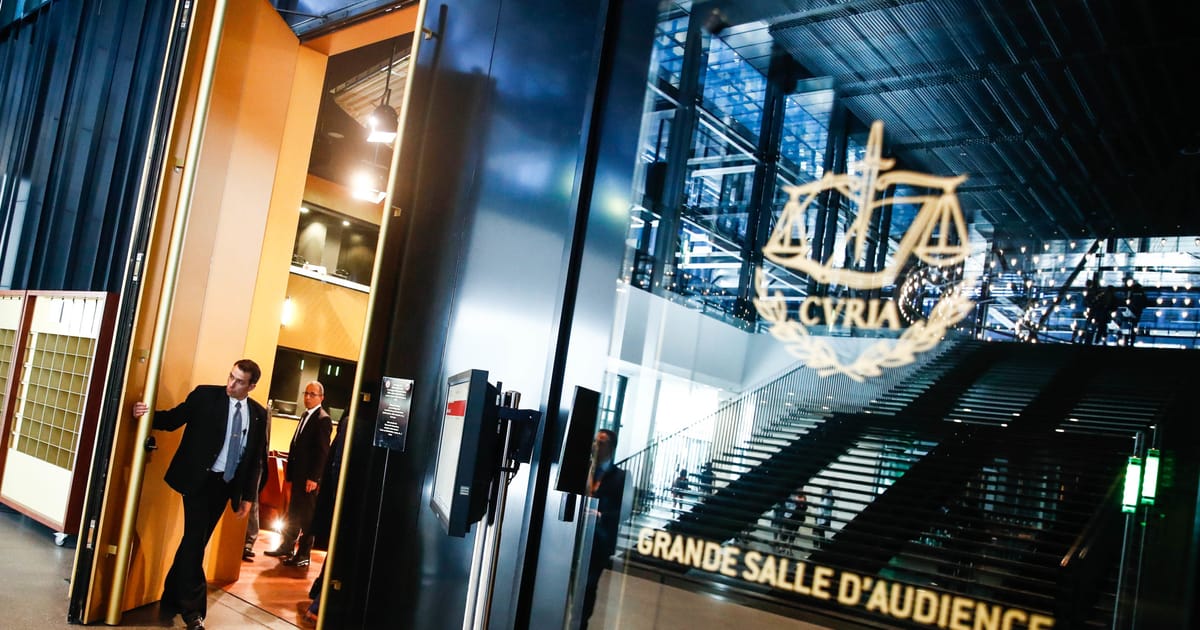 CJEU rules on dispute between Muslim woman and Belgian company over headscarf policy.
The Court of Justice of the European Union ruled Thursday that internal legislation by an employer prohibiting the visible wearing of all religious, philosophical or spiritual signs at work does not constitute direct discrimination.

The background to the ruling was a legal dispute ongoing since 2018 in front of Belgian courts between a Muslim woman and SCRL, a company which manages social housing.

The woman indicated during a job interview that she would not remove her Islamic headscarf during work in order to comply with the company’s policy of neutrality promoted in the terms of employment.

The court ruled that these terms of employment do not breach EU laws for equal treatment in employment that forbid discrimination “on the ground of religion or belief” — and “does not constitute direct discrimination if it is applied to all workers in a general and undifferentiated way.”

It judged that “religion or belief” constitute a single ground of discrimination, covering both religious belief and philosophical or spiritual belief.

Since every person might have a religious, philosophical or spiritual belief that they cannot manifest through clothing under such terms of employment, these terms do not constitute direct discrimination of an individual “on the ground of religion or belief.”

However, the court limited its ruling by stating that such a seemingly neutral rule may well lead to indirect discrimination on the basis of religion and belief when applied. This is a matter for other courts to decide in individual cases, according to the ruling.
Add Comment