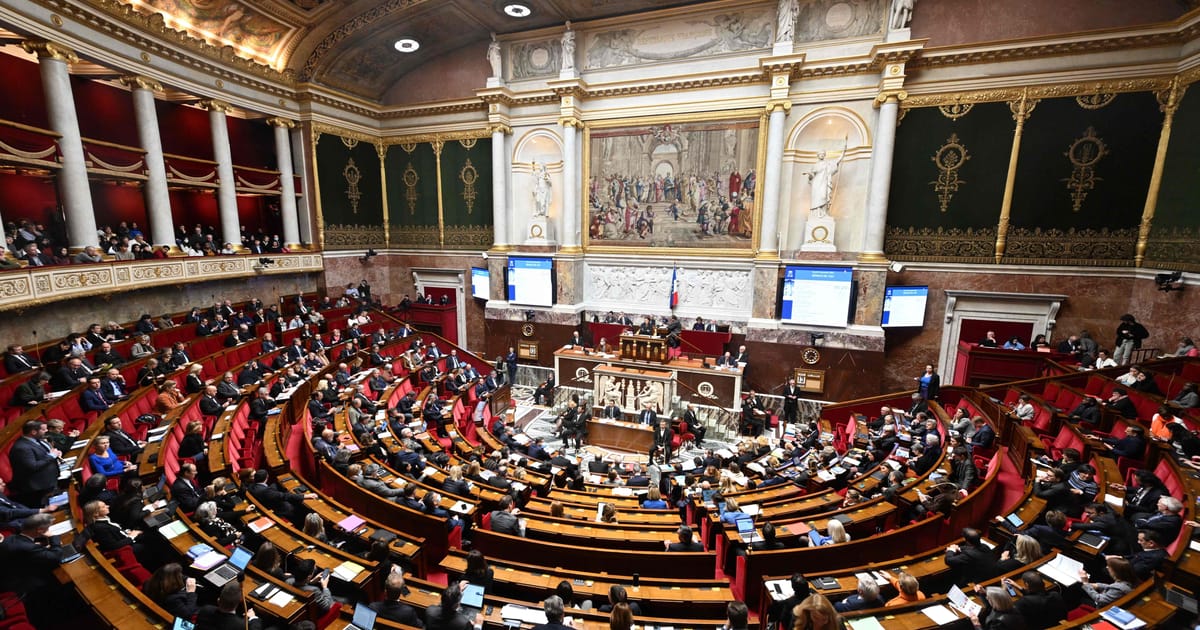 French lawmakers have questioned the country’s lobbying rules in light of the EU scandal.

Just as French President Emmanuel Macron is swooping into Qatar for the historic World Cup match between France and Morocco, the Gulf state’s corruption scandal in the European Parliament is making its way to Paris.

The French head of state ignored calls from opposition lawmakers — including former presidential candidate and Greens MEP Yannick Jadot — to cancel his trip in the wake of the allegations that have already taken down European Parliament former Vice President Eva Kaili.

It’s no surprise that the Qatar corruption scandal at the heart of the EU has become part of the political conversation in France, as Paris has had a decades-long special — and sometimes controversial — relationship with Doha in areas including security, energy and culture.

The Gulf state has also heavily invested in France and owns one of the country’s flagship football clubs: Paris Saint-Germain.

On Tuesday, the French government was confronted in the National Assembly by the opposition about the national rules on lobbying. The framework, a Socialist lawmaker argued, is not fit-for-purpose to prevent similar corruption from foreign countries in France.

“The facts you mention are serious, it is up to the European institutions to shed light on them and draw consequences,” replied junior minister Olivia Grégoire, adding that the executive branch is open to taking another look at the rules to make them stronger.

The corruption allegations in the European Parliament have so far spared French MEPs. Several French lawmakers in Brussels including Manon Aubry and Leïla Chaibi from the Left group said they had been approached by the Gulf state but declined to engage.

However, France is far from immune from the petromonarchy’s influence.

An ongoing investigation by the French financial prosecutor’s office is looking into potential corruption charges related to Qatar being awarded the 2022 World Cup and the role played by high-ranking French officials.

The World Cup has proven controversial in France, including with left-leaning mayors who decided to boycott the game. In November, Alexis Corbière, a leading figure on the left, publicly denounced Qatar’s intense lobbying efforts to change his mind on the World Cup, which he labelled a “social, ecological and democratic aberration.”

Nonetheless, in France’s Parliament, Qatar has emerged as a go-to destination for lawmakers, according to data analyzed by POLITICO’s Paris Influence.

Qatar is the fourth most-visited country by French MPs and senators since 2019, ranking right behind high-profile countries that are targets of French diplomacy such as Israel, the U.S. and China. In total, 12 lawmakers have spent a total of 38 days in the country.

And while lawmakers’ foreign trips can be financed by the private sector, trips to Qatar have been funded directly by the Gulf state, as evidenced in official records.

Official records however do not provide information on budgets and spending, which makes it harder to put a price tag on those travels.

A few lawmakers including centrist senator Olivier Cadic, a staunch defender of Doha, have attended games at the Qatar World Cup. If France wins the semi finals, Macron will travel back to the Arabian peninsula on Sunday.
Add Comment