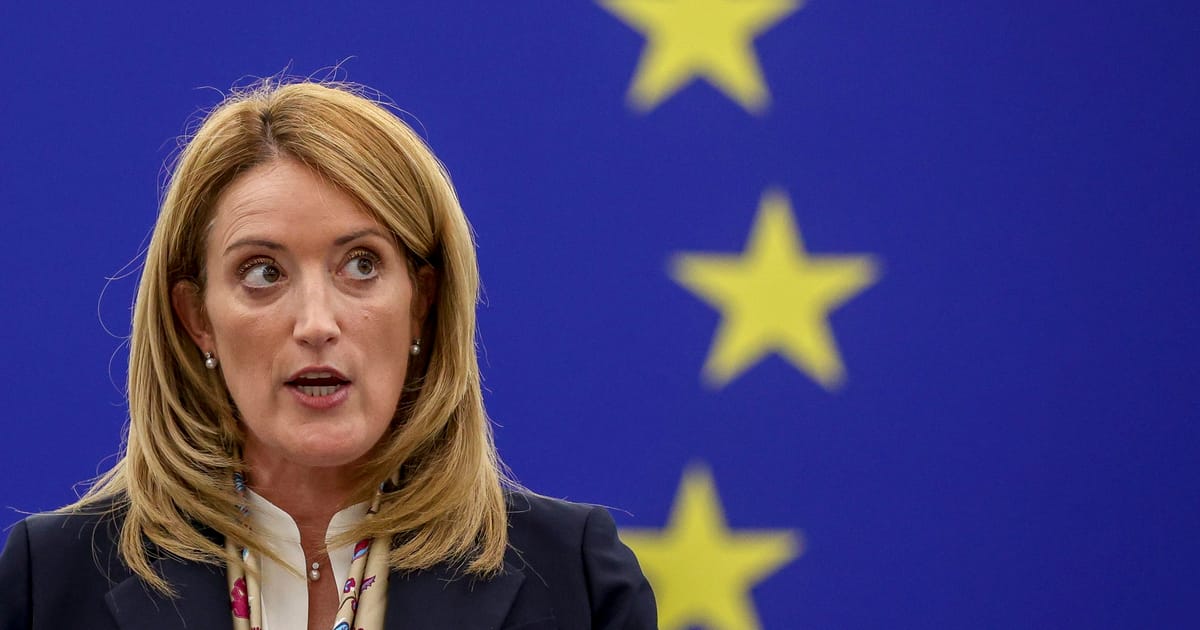 EU Parliament wants its own hotel in Strasbourg

President Roberta Metsola mulls deal to convert a Strasbourg Parliament building into a hotel, facilitating the purchase of a new office block in the city.
Roberta Metsola, the president of the European Parliament, is considering converting a building owned by the institution in Strasbourg into a hotel — in what is being widely viewed as a move to shore up the Alsatian city’s status as an EU capital.

In a February 8 letter to then-French Prime Minister Jean Castex, seen by POLITICO’s Brussels Playbook, Metsola welcomed the idea of “establishing a hotel in the Salvador de Madariaga building,” which is part of Parliament’s Strasbourg real estate portfolio. The move “could help ease the burden on the hotel sector,” Metsola wrote.

MEPs, their staff, journalists, lobbyists and others travel to Strasbourg, the legal seat of the European Parliament under the EU treaties, for a few days a month for plenary sessions, booking out the city’s hotels in the process. Critics of the expensive monthly decamp argue it is unnecessarily costly, doubling up Parliament’s infrastructure, and bad for the environment, given the emissions involved.

Paris, however, strongly opposes any move to scrap the Strasbourg seat.

France has been pushing Metsola to buy another piece of prime real estate in Strasbourg to cement the city’s place as an EU capital: the recently completed Osmose building, which was commissioned by France’s Banque des Territoires in cooperation with local and regional authorities.

The plan to turn the Salvador de Madariaga building into a hotel would reinforce the case for Parliament to buy the Osmose, reducing the amount of office space available in Strasbourg for MEPs.

That’s exactly what critics of the traveling circus fear.

“European Parliament should save money/energy,” tweeted Daniel Freund, a German MEP for the Greens, who was part of a recent cross-party initiative to suspend the Strasbourg sessions because of the current energy crisis. “Not spend extra cash on extra buildings.”

Correspondence seen by Playbook and conversations with multiple officials suggest Metsola is keen to grant the French request and purchase the Osmose.

“To my knowledge,” a spokesman for Metsola said in a written reply to POLITICO, the hotel plan was an option that has “not been taken further” and in any case would be decided “based on the needs of the institution” and on “due process.”

The Parliament’s budget committee will discuss the potential deal to buy the Osmose during a meeting Wednesday morning. MEPs already had a chance to block the purchase last week. In a vote on Parliament’s 2023 budget, 274 MEPs voted in favor of an amendment to “oppose the acquisition of Osmose building in Strasbourg,” while 275 voted against it.
Add Comment