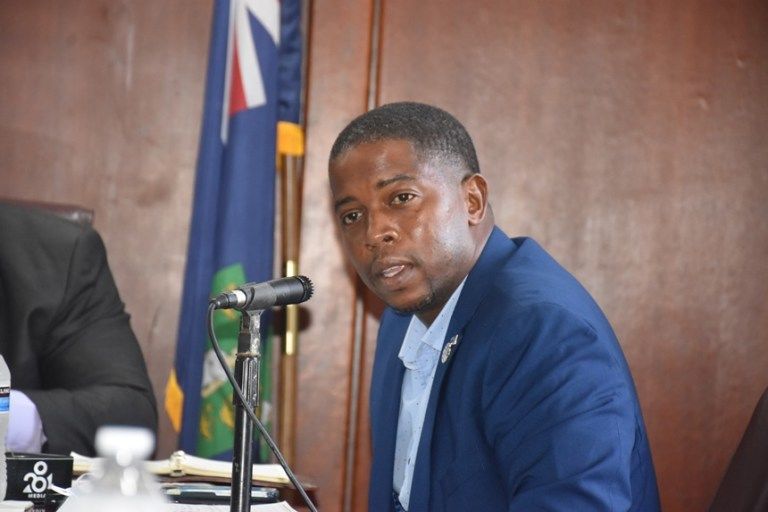 Not an easy road for Unity Gov’t - Mitch

Minister of Natural Resources and Labour Melvin ‘Mitch’ Turnbull has hinted that the BVI’s affairs were not in a good state when the Government of National Unity assumed power earlier this year.
While making a statement in the House of Assembly on October 25, Turnbull seemed to be berating some his Opposition counterparts when he said there are “individuals who keep rising up as if they have all the answers” instead of helping the current government to fix the problems which they helped to create.

“Don’t try to rise as a hero because if people should pull open your file and uncover some of the things that the five of us (government ministers) are here seeing … it’s not an easy road, who feels it knows it,” Turnbull said.

Turnbull said it seems everyone wants to criticize the National Unity government to score political points. But he said a greater effort needs to be placed on working together to improve the BVI and secure the country’s future.

“Everybody has a microscope on us, waiting for us to fail so they can rise to power. But what are we rising to if we don’t work together?” Turnbull questioned.

Earlier this year, local politicians formed the coalition Government of National Unity and presented it to the United Kingdom (UK) after the country threatened to suspend the BVI’s constitution and snatch power away from local leaders.

Many have said the National Unity government is more focused on pleasing the UK than addressing the needs of the people in the territory.
Add Comment