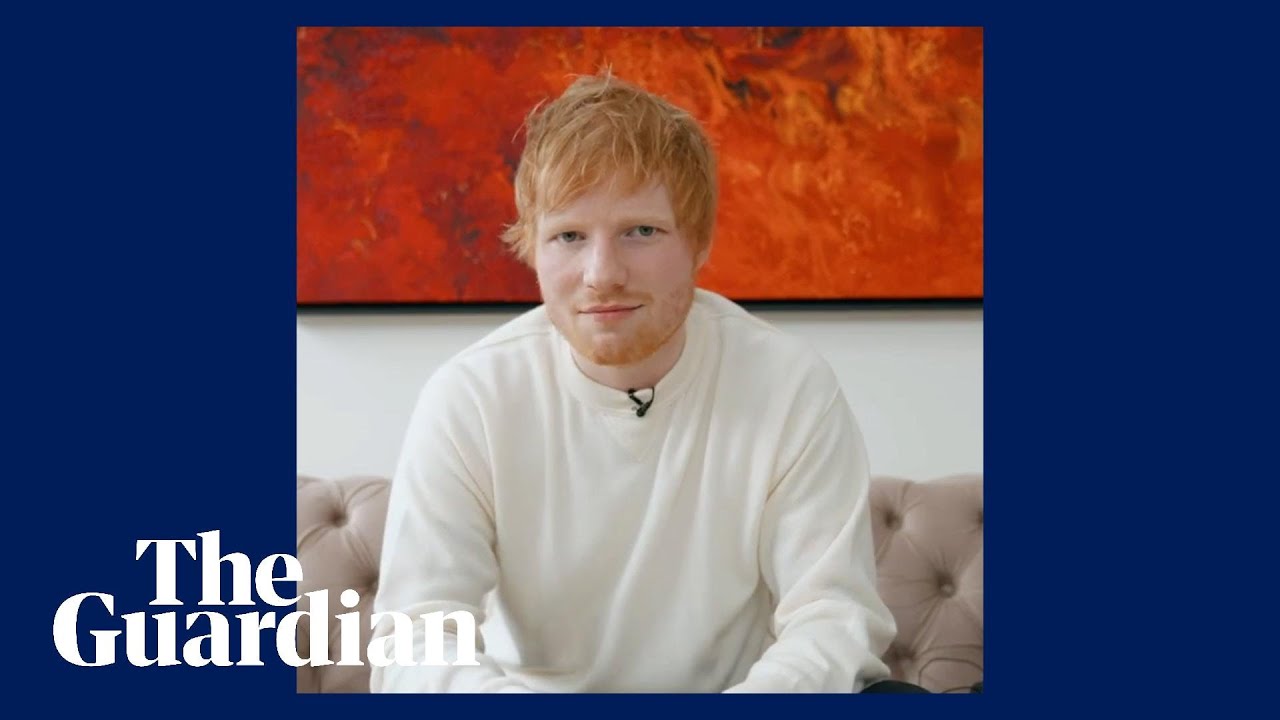 British singer ‘neither deliberately nor subconsciously’ copied a phrase from song by Sami Chokri, judge says

Ed Sheeran has called for an end to “baseless claims” of plagiarism after winning a high court battle over whether he copied another artist’s track for his hit single Shape of You, the most streamed song in Spotify’s history.

At a trial last month, Sheeran and his Shape of You co-writers, Snow Patrol’s John McDaid and producer Steve McCutcheon, faced accusations that they had ripped off the 2015 song Oh Why by Sami Chokri and Ross O’Donoghue.

Over the course of 11 days, Sheeran – one of world’s biggest musicians, who has maintained a firm grip over pop for close to a decade with an array of chart topping hits – took the stand to defend himself against allegations that he had a habit of copying the work of other artists without giving them due credit.

But on Wednesday, he was vindicated after Mr Justice Zacaroli concluded that Sheeran “neither deliberately nor subconsciously” copied a phrase from Oh Why.

The judge said that while there were “similarities” between the one-bar phrase that repeats the words “Oh why” in Chokri’s song and the repetition of “Oh I” in Sheeran’s, such similarities are “only a starting point” for a copyright infringement claim, and there are also “significant differences” between the phrases in the songs.

In a video on Instagram shared with his 37.7 million followers after the ruing, Sheeran condemned a growing culture of unwarranted copyright claims.

“Claims like this are way too common now and have become a culture where a claim is made with the idea that a settlement will be cheaper than taking it to court, even if there is no basis for the claim, and it’s really damaging to the songwriting industry,” he said.

“There are only so many notes and very few chords used in pop music and coincidences are bound to happen if 60,000 songs are being released a day on Spotify, that is 22m songs a year, and there are only 12 notes that are available.”

The singer said he did not want to “take anything away from the pain and hurt suffered from both sides of this case but I just want to say I’m not an entity, I’m not a corporation, I’m a human being, I’m a father, I’m a husband, I’m a son.

“Lawsuits are not a pleasant experience and I hope with this ruling it means in the future baseless claims like this can be avoided. This really does have to end.”

A further joint statement with co-writers McDaid and McCutcheon emphasised that all three respected and acknowledged the music of their influences and collaborators, no matter “how successful something appears to be”.

They said the case had come at a cost to “creativity” and their mental health. “When we are tangled up in lawsuits, we are not making music or playing shows. There is an impact on both us and the wider circle of songwriters everywhere.”

Chokri, a grime artist who performs under the name Sami Switch, and his co-writer Ross O’Donoghue had claimed the “Oh I” hook in Shape of You was “strikingly similar” to the “Oh why” refrain in their track.

Legal proceedings began in May 2018, with Sheeran and his co-writers asking the high court to declare they had not infringed Chokri and O’Donoghue’s copyright. Sheeran also said his reputation had been sullied by the allegations.

Two months later, Chokri and O’Donoghue issued their own claim for “copyright infringement, damages and an account of profits in relation to the alleged infringement”. Both parties anticipated costs in the region of £3m between them.

The judge dismissed Chokri’s counterclaim on Wednesday and granted a declaration to Sheeran and his co-writers that they had not infringed the copyright in Oh Why.

He added: “As for Mr Sheeran, the justification for declaratory relief was only increased by the fact that although the case only relates to Shape [of You], it was pursued against him on a basis – which I reject – that he is a ‘magpie’ who habitually deliberately copies and conceals the work of other songwriters.”

During the trial, Sheeran frequently burst into song and hummed musical scales and melodies from Blackstreet’s No Diggity and Nina Simone’s classic Feeling Good to demonstrate how common the melody that Shape of You uses is.

He said it uses “a basic minor pentatonic pattern” which is “entirely commonplace”.

The singer has already given the writers behind TLC’s 90s hit No Scrubs a credit on Shape of You after comparisons were made between the two songs.

Ian Mill QC, representing the Shape of You writers, said the legal battle had been “deeply traumatising”, arguing the case should never have reached trial.

The Oh Why co-writers’ lawyer, Andrew Sutcliffe QC, alleged that Sheeran’s lawyers brought the legal proceedings because PRS for Music – the industry body that collects and distributes royalties – had “frozen” any royalties from the performances or broadcasts of Shape of You.

He said the case was not about “how famous the claimants are, it boils down to that the defendants are not … Shaggy, Coldplay, Rihanna or Jay-Z. If they were, they would have been treated in a very different way”.

Sheeran, it was alleged, was targeted with a “concerted plan” by Chokri’s former management to secure his interest in the singer, with Oh Why being sent to those around the star, including the late SBTV founder Jamal Edwards.

Chokri told the trial he felt “robbed” by the music star and was left shocked when he first heard Shape Of You on the radio.

But the judge said on Wednesday that the evidence “provides no more than a speculative foundation” for Sheeran having heard Oh Why.

Shape of You, which Sheeran said he had originally envisaged being performed by Rihanna or Little Mix, was a worldwide hit, becoming the bestselling song of 2017 in the UK.