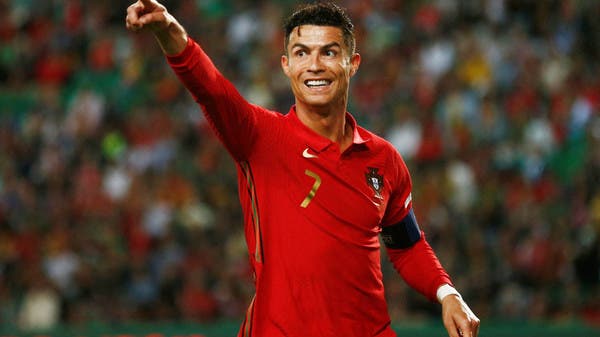 Football star and Portuguese striker Cristiano Ronaldo has been voted as most likely to be the best performing player and win the Golden Ball at the FIFA World Cup football tournament in Qatar this year, a new survey found.
Ronaldo received nearly double the number of votes compared to his rival Lionel Messi, based on a survey commissioned by SoccerTop, a UAE-based football impact company that returns one-third of profits to good causes.

“Cristiano Ronaldo might have fallen out with his bosses at Manchester United, but UAE football fans still love him. His popularity is matched by people’s belief he will have a great World Cup and win the Golden Ball. He’s by far and away the number one player for soccer shirt sales at this year’s tournament,” SoccerTop co-founder Kai Hoo-Lochrie said in statement on Monday.

The SoccerTop poll also found that UAE fans think football has the power to make a positive difference. More than 1,000 people were asked the question ‘do you think football brings communities together?’ and the result was that 88 percent agreed the sport had the ability to forge stronger communities.

The survey of 1,009 UAE-based respondents was commissioned by SoccerTop and conducted by YouGov.
Add Comment