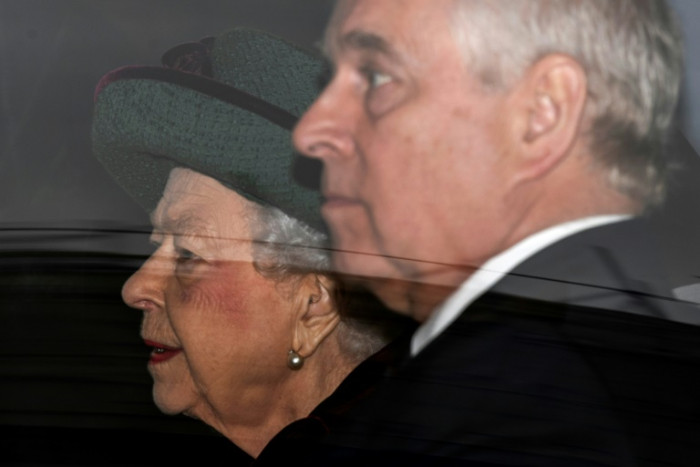 The royal family's perceived botched response to Diana's death sparked a gradual and largely successful shift in its image management, but recent crises have renewed questions about that modernisation effort.

The death of the princess of Wales on Aug 31, 1997, prompted an outpouring of national grief that senior royals, including Queen Elizabeth II and her son Prince Charles, initially seemed out of step with.

There was eventually an acknowledgement missteps were made and that the family needed to turn the page on a damaging decade of divorces, family infighting and scandals that had dented their public standing.

A quarter-century on, the monarchy now has a far more nimble PR operation, adept at social media and rapid-response while still able to stage grand events like June's Platinum Jubilee celebrations with aplomb.

"Diana's death is this whirlwind moment, which requires the monarchy to reorientate its public image, to embrace a more modern, expressive kind of celebrity image as a way of appealing to audiences," royal historian Ed Owens told AFP.

Noting "that story lives on through her sons", he sees particular peril in Harry's apparent estrangement, the queen's recent handling of scandal-tarred Andrew and heir Charles' looming reign.

"I think there are troubled times ahead," Owens predicted.

In the immediate aftermath of Diana's death, the queen and Charles, whose divorce from Diana had been finalised the previous year, remained for days at Balmoral Castle, their remote Scottish residence, making no public statements.

Fuelled by other missteps, a media-driven narrative took hold that the family were out of touch at a moment of national significance.

Royal commentators disagree on how fair this criticism was, noting the family's priorities were supporting William and Harry over the sudden loss of their mother as well as organising an elaborate funeral service.

Robert Hardman, author of this year's "Queen of Our Times: The Life of Elizabeth II", argued it was a measured "evolution" as the 24-hour news cycle ramped up and then social media arrived.

"Monarchy is not like a brand of cereal, it doesn't relaunch," he cautioned.

"It changes slowly, imperceptibly, but firmly for a reason (and) there was definitely a sense in those years that things needed to change. But you don't suddenly tear the whole thing up."

The shift offered a more "human" image of the queen, who had been reported as being more concerned about her dogs and horses than her subjects.

Charles, mocked as haughty and stiff, underwent an expensive image makeover, according to royal insiders.

William and Harry were key, emerging as Diana-esque "princes of feeling" supported by their father, said Owens.

"His image is very carefully rehabilitated around this idea that he is a loving father to two sons both touched by this tragedy of their mother's death," he added.

Hardman said today, instead of a past palace strategy to "stick our heads down and see how this pans out", it generally responds swiftly -- and assertively -- to unfolding controversies.

He pointed to its deftly-deployed line last year that "recollections may vary" following sensational claims from Meghan and Harry that she faced racism within the family.

But for other royal observers, the couple's 2020 departure to America -- dubbed "Megxit" -- requires more than damage-limitation PR, with Harry leaving "a huge hole" in the institution, Owens said.

"Meghan also embodied some of the virtues that Diana had sought to project as well, in terms of emotion and being in touch... with the lives of people in the developing world," he noted.

Meanwhile, the queen's response to the scandal that has engulfed Andrew -- rumoured to be her favourite son -- has echoes of Diana-era errors, with Owens branding it the 96-year-old's "great mistake" of recent decades.

In February, Andrew settled a sexual abuse lawsuit in the US with an Epstein victim. A month later the queen drew widespread criticism after letting him accompany her to a very public thanksgiving service for late husband Prince Philip.

"The Andrew debacle would suggest that the queen possibly hasn't learned from the late 1990s as well as she might have done," said Owens.

"She should've been more responsive to public opinion in keeping Andrew out."

The royal historian sees plenty of similar "pitfalls" ahead in the imminent reign of Charles, who has faced several scandals over fundraising for his charities in addition to longstanding concerns over political interventions.

In contrast to the queen, Charles lacks "subtlety" said Owens. "So you've got problems here."