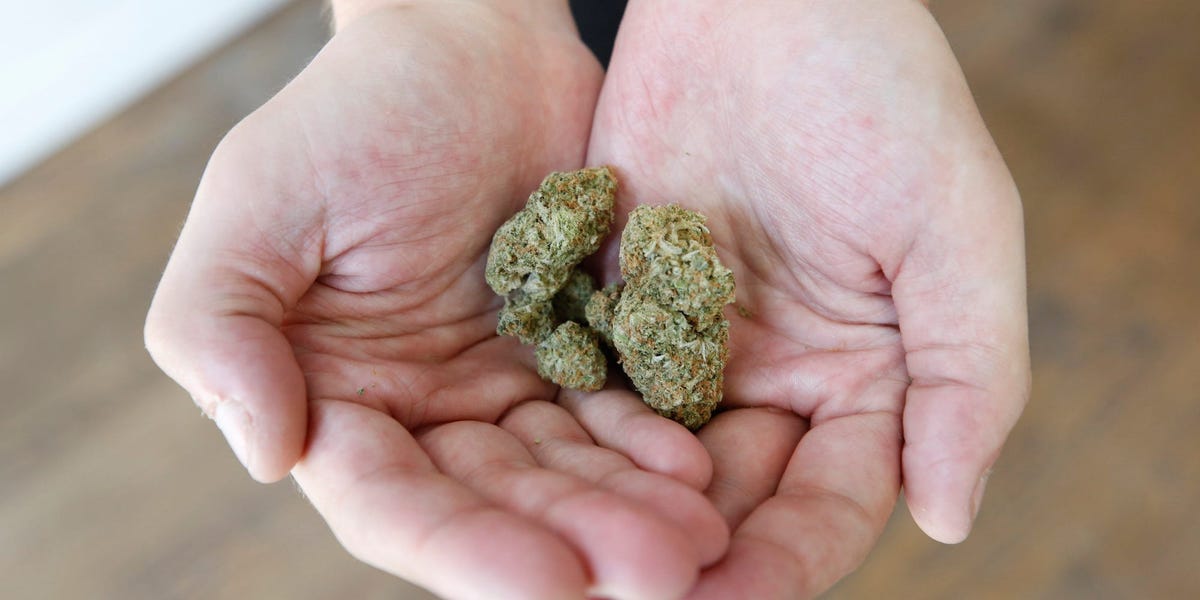 Cannabis giant Curaleaf cut about 220 jobs, then sent the workers it laid off a survey asking why they left

The cannabis giant Curaleaf laid off about 220 employees in November — and then sent those ex-workers an exit survey asking why they had left the company, Insider has learned.

One laid-off employee, who requested anonymity to speak freely in a tight-knit industry, told Insider they felt the question was insulting. A spokesperson for Curaleaf told Insider in a statement that while sending the exit survey was standard practice, it was a mistake to send it to laid-off employees.

"Our intent has always been to make our departing team members' voices heard, though we recognize that an exit survey in this scenario was an oversight," the statement reads. "We recognize and hear all feedback, both negative and positive, and will continue to work to improve communications with current, future and former team members." 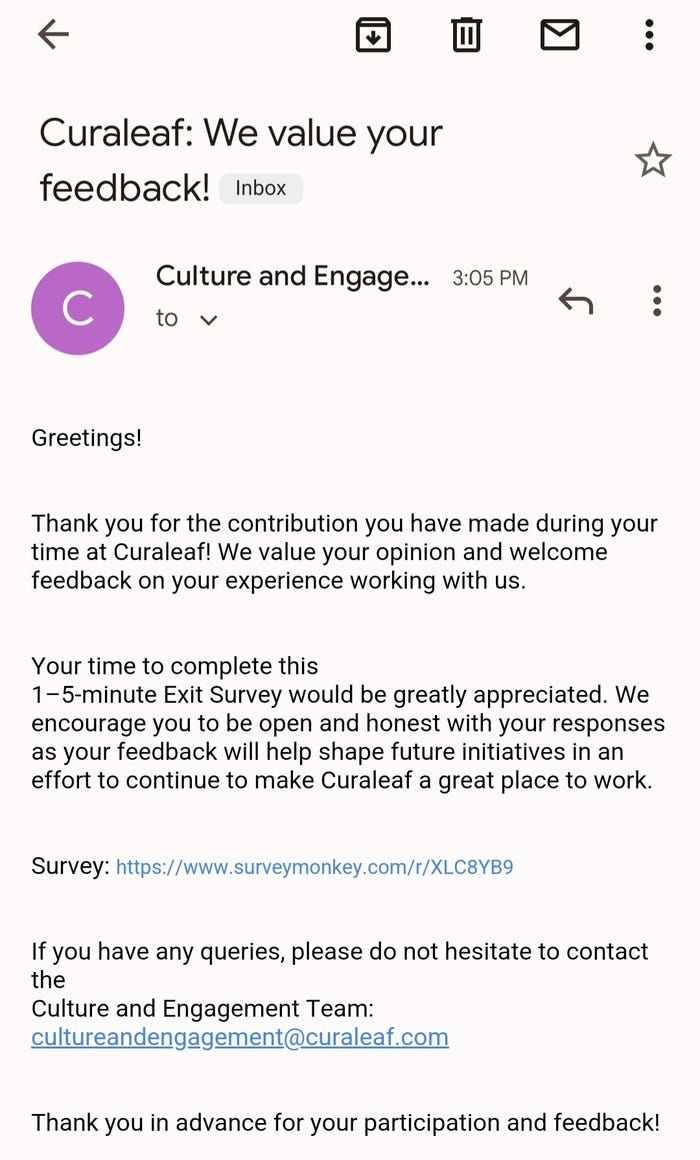 A screenshot of Curaleaf's exit survey sent to Insider.

Curaleaf's layoffs come during a challenging period for the cannabis industry as much-needed regulatory changes — like freeing up banks to work with cannabis companies — have failed to materialize in Congress. That's on top of the wholesale price of cannabis falling, burdensome taxes, and broader macroeconomic trends like rising inflation.

The company closed a major facility in Sacramento in August as well.

Curaleaf is far from alone in making cuts. The cannabis tech firm Weedmaps laid off 25% of employees in December, with the now-former CEO, Chris Beals, citing a sales slowdown in California in a letter to employees, as Insider reported. The cannabis startups Eaze and Dutchie cut staff earlier this year. And the Curaleaf competitor Trulieve cut an undisclosed number of staffers in Florida and Pennsylvania, as various news outlets have reported.