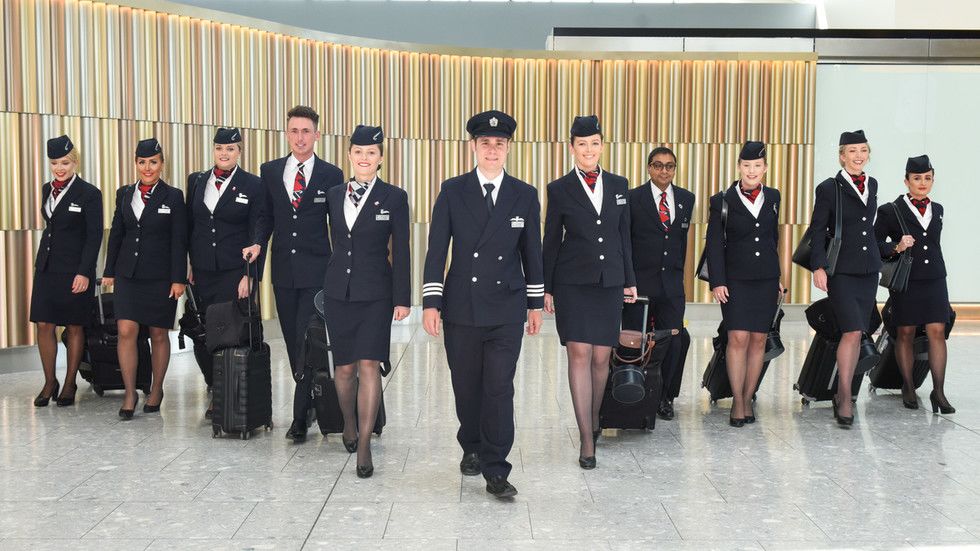 British Airways says all pilots and cabin crew can paint their nails and wear mascara, regardless of gender

British Airways staff were told to “be bold, be proud, be yourself” as the airline overhauled its strict uniform rules to allow male cabin crews and pilots to wear make-up and carry handbags during flights.

In an internal memo released on Wednesday and cited by the media, the company told staff the new guidance would be “embraced by everyone regardless of gender, gender identity, ethnicity, background, culture, sexual identity, or otherwise.”

The airline said it was close to completing a review of its long-standing uniform policies after other airlines such as Virgin Atlantic decided to make their traditional male and female uniforms gender-neutral.

The move comes as airlines such as British Airways have been moving away from traditional divisions by gender and have even dropped “ladies and gentlemen” from its announcements in order to make “all customers feel welcome.”

According to the Daily Mail, British Airways told their male pilots and cabin crew that they can wear “a touch of mascara and lip color” as well as fake eyelashes and paint their nails. All staff will now also have more options when it comes to hairstyles, meaning male employees will be allowed to wear “man buns,” and everyone will now be allowed to carry handbags, regardless of gender identity or sex.

The company decided to stick with its traditional male and female uniforms, as well as keeping its ban on visible tattoos.

A British Airways spokesperson told the outlet that the company is “committed to an inclusive working environment,” and that the updated guidelines for grooming, beauty, and accessories will allow employees to “bring the best, most authentic version of themselves to work every day.”

In September, Virgin Atlantic updated its uniform policy, but went a step further than BA, completely removing gendered clothing requirements, allowing male workers to wear skirts and make-up, and introducing pronoun badges for staff to be able to “wear uniforms that express their true identity.”

The move towards allowing male flight attendants to wear dresses and make-up has been met with criticism from customers. Some say that airlines making these “inclusivity” updates should instead focus on improving the experience for travelers, while others have called it “woke madness.”

Other airlines around the world have also updated their guidelines. Russia’s S7, Latvia’s AirBaltic, and Air New Zealand have recently allowed staff to have visible tattoos, piercings, bright-colored hair, as well as beards for male employees.