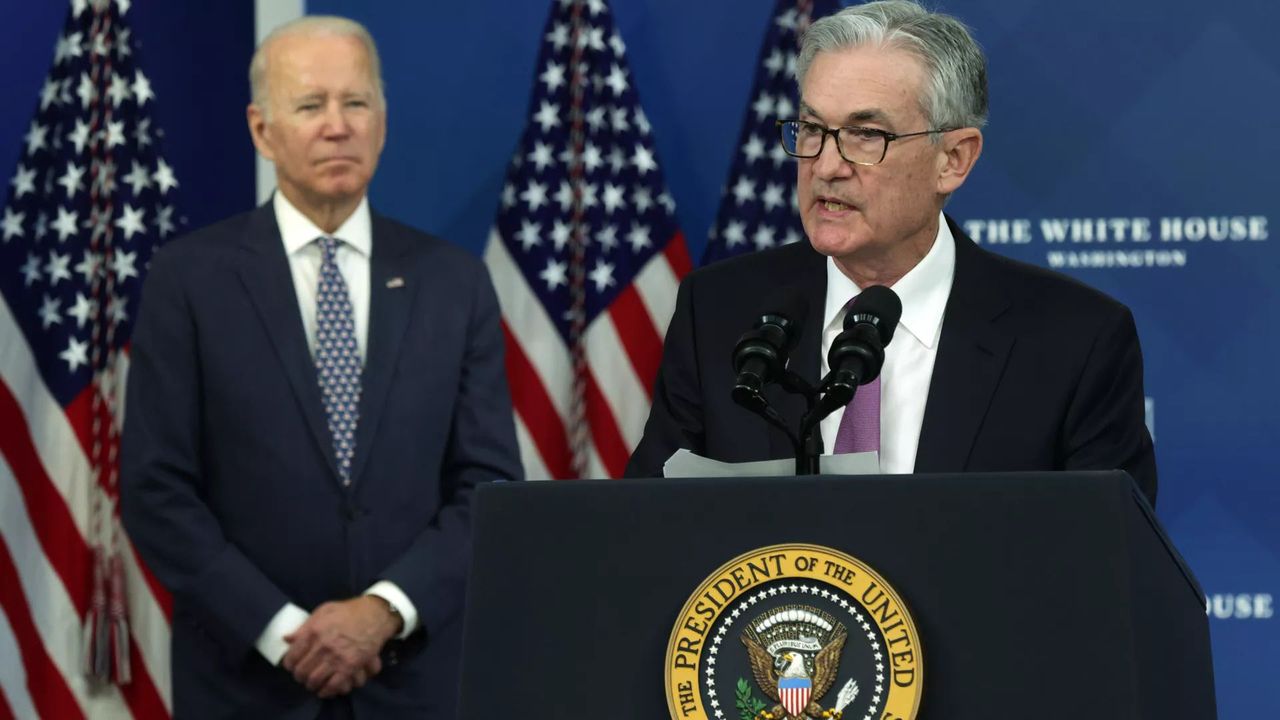 President Biden and Federal Reserve Chair Jerome Powell are scheduled to meet at the White House Tuesday, as the Fed's campaign to bring down inflation gathers steam — and with it the risk of a recession.
Biden and his advisers have often cited the Fed as having the primary responsibility for bringing down price pressures, a responsibility that Powell and his colleagues embrace.

Past presidential administrations, including those of Richard Nixon, Ronald Reagan, and George Bush, have pressured the Fed not to raise interest rates, for fear it will weaken the economy.

But this dynamic has been turned on its head with inflation surpassing 8%, which has been deeply damaging to Biden's popularity. Without discussing details of the Fed's policies, the administration has been broadly supportive.
“We need to give the Fed the space and the independence to do its job, which is to get inflation under control,” White House National Economic Council Director Brian Deese said on CNN this month.

Biden and his advisers have often cited the Fed as having the primary responsibility for bringing down price pressures, a responsibility that Powell and his colleagues embrace.
The Fed has already raised interest rates by 3/4 of a percentage point this year and plans to raise rates by half a percentage point more at each of the next two meetings, with potentially more rate increases to come after that.

Those rate hike plans have caused a sharp rise in mortgage rates, steep drops in the stock market, and led analysts to lower their forecasts for economic growth and raise their odds of a recession.
Add Comment