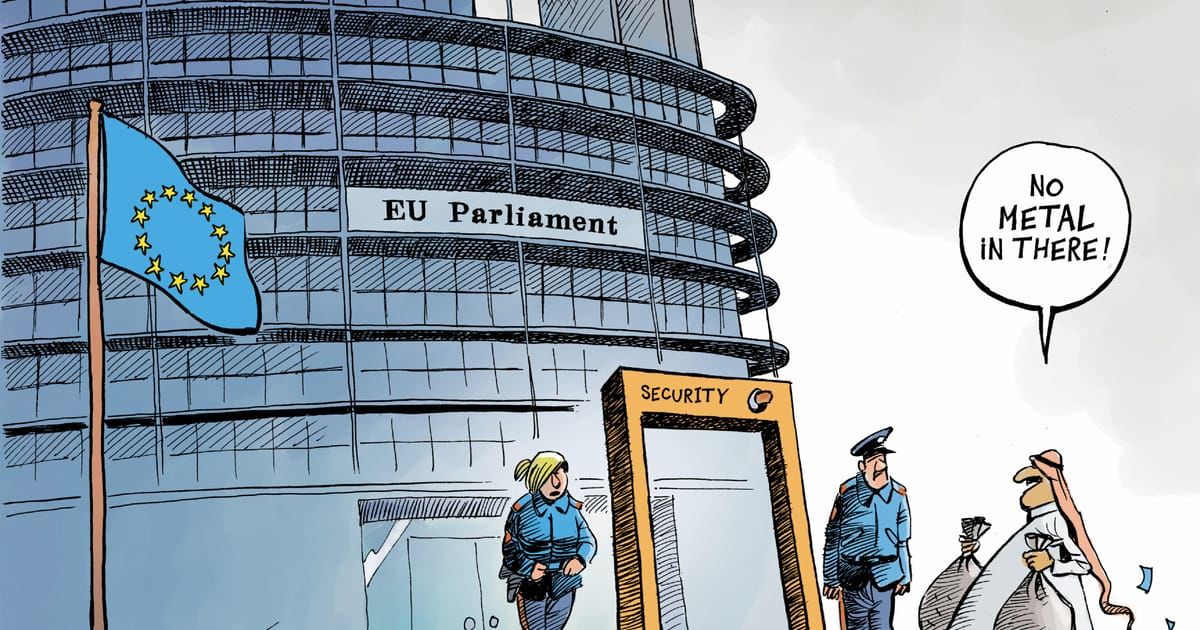 Anatomy of a scandal: How ‘Qatargate’ crisis shook EU to its core

European leaders are desperate to stop the Parliament corruption crisis trashing their democracy. Is it already too late?

It was a typically sleepy Friday evening in the European Union’s sprawling headquarters in Brussels. The thousands of diplomats, officials and politicians who swarm the Belgian capital during the week had long since headed home for their weekends.

But at the steel and glass offices of the European Parliament in Place Luxembourg, a drama that is shaking the very foundations of the bloc’s democracy was about to begin.

As dusk fell on December 9, Belgian police and parliamentary security officers moved stealthily through the pristine corridors of the empty building, sealing off rooms and offices as they went. At the same time, detectives were preparing to launch a series of raids on homes and apartments across the capital.

In the hours that followed, six suspects were rounded up, including Eva Kaili, a glamorous 44-year-old Greek politician who, as a vice president was one of the highest profile politicians in the European Parliament.

Her partner and his former boss were also detained. Raids on at least 20 homes and offices in Belgium, Italy and Greece in the days that followed yielded €1.5 million in cash, as officers seized computers and mobile phones in evidence. Police found €150,000 in notes the apartment Kaili shared with her partner and, in one of the more bizarre details, her father was caught carrying a suitcase stuffed with cash as he left the Sofitel hotel in the city center.

Kaili and her partner are now locked up in Belgian jail cells as investigations continue. They are among four suspects held on preliminary charges of corruption and money laundering. The suspicion, according to official documents, is that they accepted payments in exchange for doing the bidding in Parliament of Qatar and perhaps also Morocco.

While the details of the alleged crimes are still sketchy a week later, the case has shocked the European Union to its core. It is the biggest corruption scandal to hit the EU in almost a quarter of a century — and arguably its most serious. What little is known so far has called into question the integrity of the democratic process underpinning the 27-country bloc’s entire political machinery.

“European democracy is under attack,” Roberta Metsola, president of the European Parliament, said when she addressed her colleagues in a crisis session.

Not since the mass resignation of Jacques Santer’s European Commission amid allegations of fraud in 1999 has Brussels been so badly destabilized by a corruption scandal.

As today’s Commission President Ursula von der Leyen put it on Thursday: “This is painful and we have to work hard again to regain trust and confidence.”

Yet to a large extent, the crisis is now out of the EU’s control.

It is the colourful figure of Michel Claise, the investigative judge prosecuting the case, who holds the reputation of European Union democracy in his hands. Abandoned as a baby outside a bakery, Claise has become one of the most successful prosecutors of his generation.

Nicknamed “the sheriff” for his relentless refusal to give up, he has delivered results in major cases of complex financial crime, including money laundering gangs in Belgian football clubs, drug trafficking and tax evasion by bankers. Now he writes crime thrillers in his spare time.

When the scandal blew up, there was a sense that it was a crisis that had been waiting to happen. Transparency campaigners have been warning about lax rules and weak enforcement for years.

The European Parliament has long been a magnet for lobbyists and visiting dignitaries, keen to make their voices heard in one of the EU’s centers of power. While the Parliament is arguably the least influential of the EU institutions, its power has grown since it was given a new remit in 2009, and its 705 lawmakers now have the authority to shape legislation — usually in its final stages.

Perhaps more relevantly, the Parliament offers a high-profile forum for public debate. Its chamber is a place where lawmakers from the bloc’s 27 countries make speeches on behalf of causes close to their heart, conferring a kudos that money isn’t supposed to be able to buy. 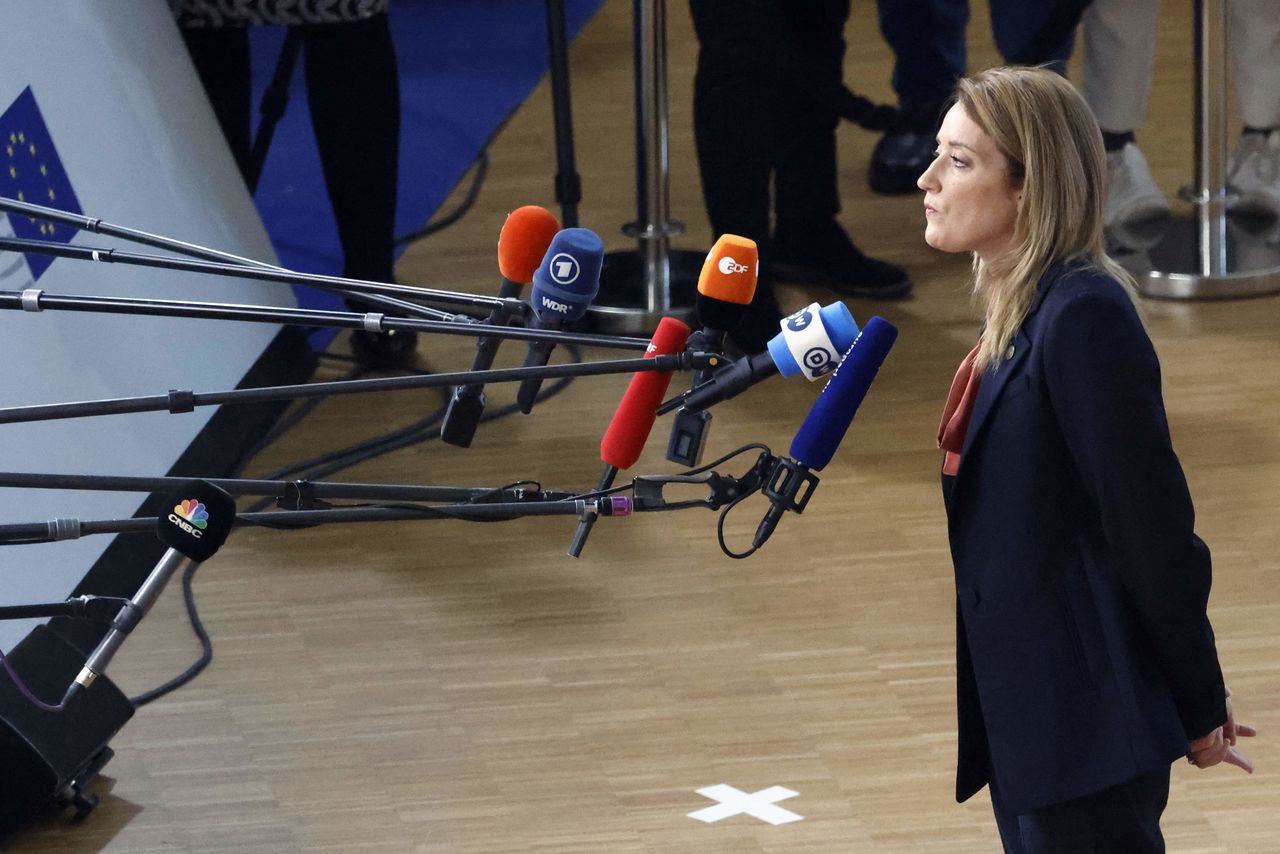 “European democracy is under attack,” Roberta Metsola, president of the European Parliament, said

As the week went on, further details emerged of the alleged campaign of influence by Qatar, which denies any involvement in the scandal.

Kaili had visited Qatar in early November, meeting with the country’s labor minister and others. Soon after in the European Parliament, she delivered a glowing speech, hailing the host of the World Cup as a “frontrunner in labor rights,” and praising the country’s “historic transformation.” It was an unpopular view at odds with stark criticism from campaigners who had warned of construction workers being treated like slaves as the soccer stadiums were built.

Questions quickly emerged about the role of NGOs. One in particular has come under intense scrutiny — Fight Impunity, a think tank led by Pier Antonio Panzeri. He is a former member of the European Parliament and a close associate of Kaili’s partner, Francesco Giorgi. Both Panzeri and Giorgi have been charged with corruption, alongside Kaili, and remain in jail while investigations continue.

The think tank was not listed in the official transparency register of lobbyists but still managed to gain significant access, including through Parliament’s subcommittee on human rights.

As the Parliament gathered for its final session of the year in Strasbourg, the shock among its members was palpable. “We are all standing in the middle of a crime scene with offices sealed, colleagues in prison, confronted with the allegation that at least one of us has become a Trojan horse of corruption and foreign interference,” said German lawmaker Hannah Neumann, capturing the feelings of many.

While technically the Qatar scandal has involved only one of the EU’s institutions, the threat to the rest of the bloc’s political and policy-making machine is clear.

From a public relations perspective, the timing could hardly have been worse. On Thursday, European presidents and prime ministers gathered in Brussels for the EU’s final leaders’ summit of the year. Alleged corruption was not on the official agenda but Qatargate, as it had become known, overshadowed the gathering.

As they entered the summit, leaders were assailed by journalists demanding to know what the EU would do to crack down on corruption. When the doors closed and they were able to speak in private, the presidents and prime ministers turned to each other in horror.

Dutch Prime Minister Mark Rutte urged the group to coordinate their messaging to the media, stressing the gravity of the crisis. Romanian President Klaus Iohannis said the problem threatened to poison the entire EU project, and Latvia’s Krišjānis Kariņš shared the fears.

The next European Parliament elections are due in 2024 and the worry for many in the Brussels establishment is that this scandal will turn euroskeptics into hardened cynics and drive voters into the hands of anti-EU parties.

Throughout the head-spinning week there has been much talk of action. Metsola promised a new plan next year to reinforce ethical standards, including more protection for whistleblowers and a clamp-down on access to Parliament.

Von der Leyen, the European Commission president, pledged to speed up her plan for an over-arching watchdog for the whole of the EU. But that’s something she proposed over three years ago. Given the notoriously slow process of EU decision-making, few are holding their breath. 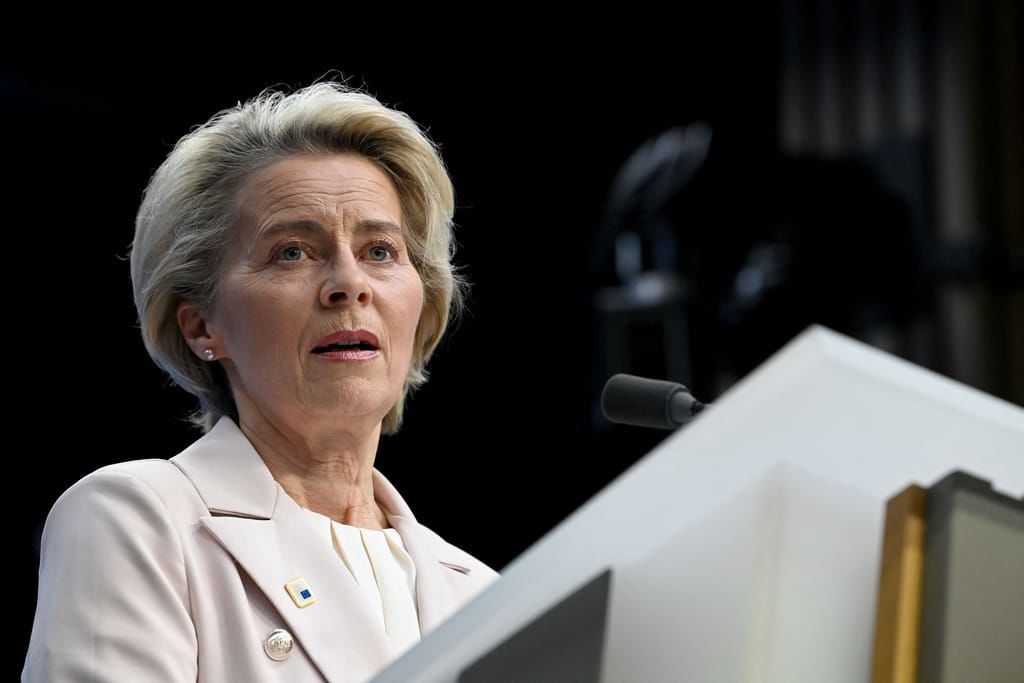 Von der Leyen, the European Commission president, pledged to speed up her plan for an over-arching watchdog for the whole of the EU

There’s another reason why the leaders of Europe’s vast trading bloc may be wary of too quick a response to the crisis. The EU now depends increasingly on Qatar for crucial supplies of gas.

European Council President Charles Michel attended the opening of the EU’s new embassy in Doha in September, and has talked about the need to constructively engage with the Qataris, particularly in light of the energy crisis exacerbated by Vladimir Putin’s invasion of Ukraine. This week, Germany’s Economy Minister Robert Habeck said Berlin wants to maintain gas supplies from Qatar, despite the corruption scandal.

In the days ahead, there will be more soul-searching as the criminal inquiry continues. Kaili, who has denied the allegations against her, is due in court on December 22. Her boyfriend, Giorgi, has allegedly confessed in prison, according to local media, telling prosecutors he took money and pleading for the couple to be released so they can care for their baby.

Whatever happens next in Michel Claise’s investigation, for one victim of the crisis — the EU’s battered credibility — it may already be too late.