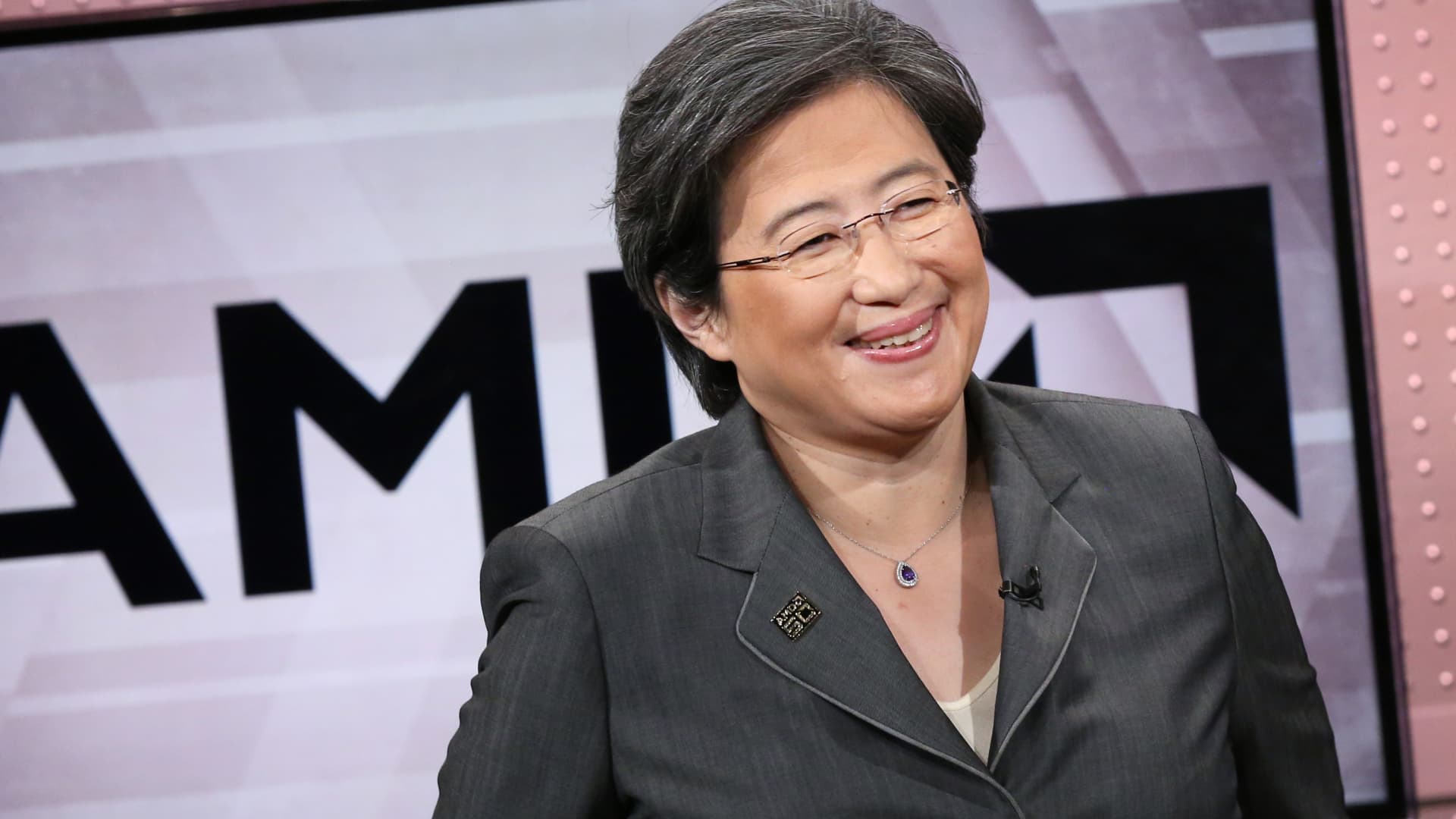 The milestone also suggests that investors may value an asset-light chipmaker over one that's investing heavily in manufacturing.
AMD surpassed rival Intel’s market cap on Friday.

AMD stock rose over 3% for the day, giving the chipmaker a market capitalization of $153 billion. Intel fell nearly 9%, a day after disastrous earnings that missed expectations for profit and showed declining revenue. Intel’s market cap was $148 billion at the end of trading on Friday.

The shift is mostly symbolic, but it signifies a much more competitive market for PC and server chips, where the two companies compete directly.

The milestone also suggests that investors may value an asset-light chipmaker over one that’s investing heavily in manufacturing. AMD outsources production to outside “fabs,” or chip factories, whereas Intel has said it plans to continue building and operating plants.

In recent years, AMD chips have become much more competitive with Intel’s products in terms of performance, even surpassing their speed and efficiency for some applications.

Intel said on Thursday that its disappointing report reflected execution issues and dropped its forecast for full-year earnings per share from $2.30 to $3.60. Intel also blamed a slowing PC market and macroeconomic conditions for its miss.

Intel CEO Pat Gelsinger compared the company’s comeback strategy to climbing Mount Kilimanjaro in an interview with CNBC on Friday.

AMD reports fiscal second-quarter earnings on Tuesday, when investors will be watching to see if it is facing the same macroeconomic challenges as Intel as PC sales drop around the world.
Add Comment