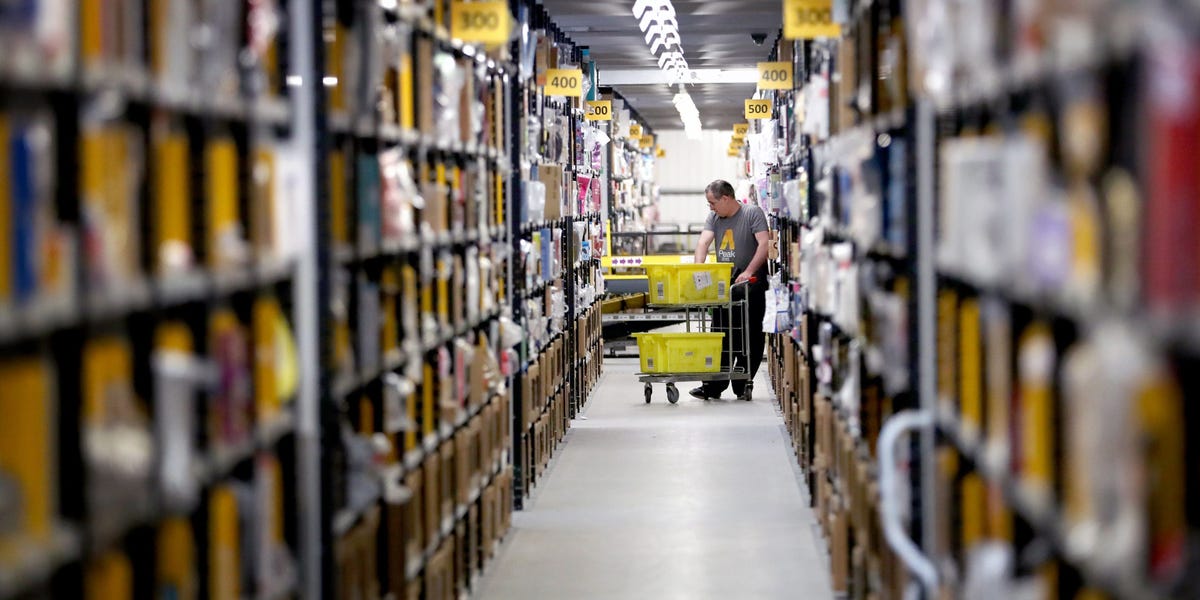 Amazon slammed by US government for failing to record warehouse worker injuries. The investigation is ongoing.

Amazon has said it's reducing injuries at its warehouses. But if the company isn't recording all injuries, those claims could be hard to gauge.

Amazon kept some worker injuries off federally mandated injury reports, according to citations from an ongoing investigation of the company's warehouses by federal regulators.

The citations complicate Amazon's previous statements that the company is successfully lowering injury rates at its fulfillment centers. The company's self-reported data to the Department of Labor shows that Amazon warehouse employees get hurt roughly twice as often, on average, as non-Amazon workers in the same industry. Amazon has said it's taking steps to bring injury rates at its warehouses in line with the industry average by 2025.

An Insider investigation earlier this year found that Amazon's high productivity goals sharply increase the risk of injury for its more than 750,000 US warehouse workers.

Nothing will be done if injuries are not recorded

On Friday, federal officials said Amazon's underreporting could make it harder for the company to address the root cause of injuries at its facilities. Regulators have previously found that Amazon's rigorous disciplinary framework for underperforming workers and the company's intense focus on speed and productivity are contributing to excessively high rates of strains and sprains at its warehouses. Amazon has denied that its productivity goals are causing injuries.

"Our concern is that nothing will be done to keep an injury from recurring if it isn't even recorded in the logbook which — in a company the size of Amazon — could have significant consequences for a large number of workers," Doug Parker, the Department of Labor's assistant secretary for health and safety, said in a statement.

Kelly Nantel, an Amazon spokesperson, characterized the findings as "a small number of administrative errors."

The company is "confident in the numbers we've reported to the government," Nantel said, noting that regulators classified the violations as "other than serious," the least-severe category of workplace-safety infraction. "The safety of our employees is our top priority, and we invest hundreds of millions of dollars every year into ensuring we have a robust safety program to protect them," Nantel added.

An injury in Colorado goes unreported

The citations describe dozens of injuries that never made it into Amazon's official logs. The government requires that companies record every injury that requires medical treatment, time off, or a work accommodation.

One worker at an Amazon warehouse in Colorado, for instance, reported shoulder pain after repeatedly lifting packages. Amazon's in-house clinic gave the worker a prescription for a muscle relaxer, and after five days, transferred the worker to a new role that would not aggravate his injury. The company did not report this injury.

At a warehouse in Albany, New York, where a union election earlier this fall ended in defeat for labor organizers, Amazon failed to record 11 injuries over a six-week period in 2022, according to the citations.

Following referrals from the US Attorney's Office for the Southern District of New York, the Department of Labor began investigating the Amazon warehouses this summer. Its investigation is ongoing.