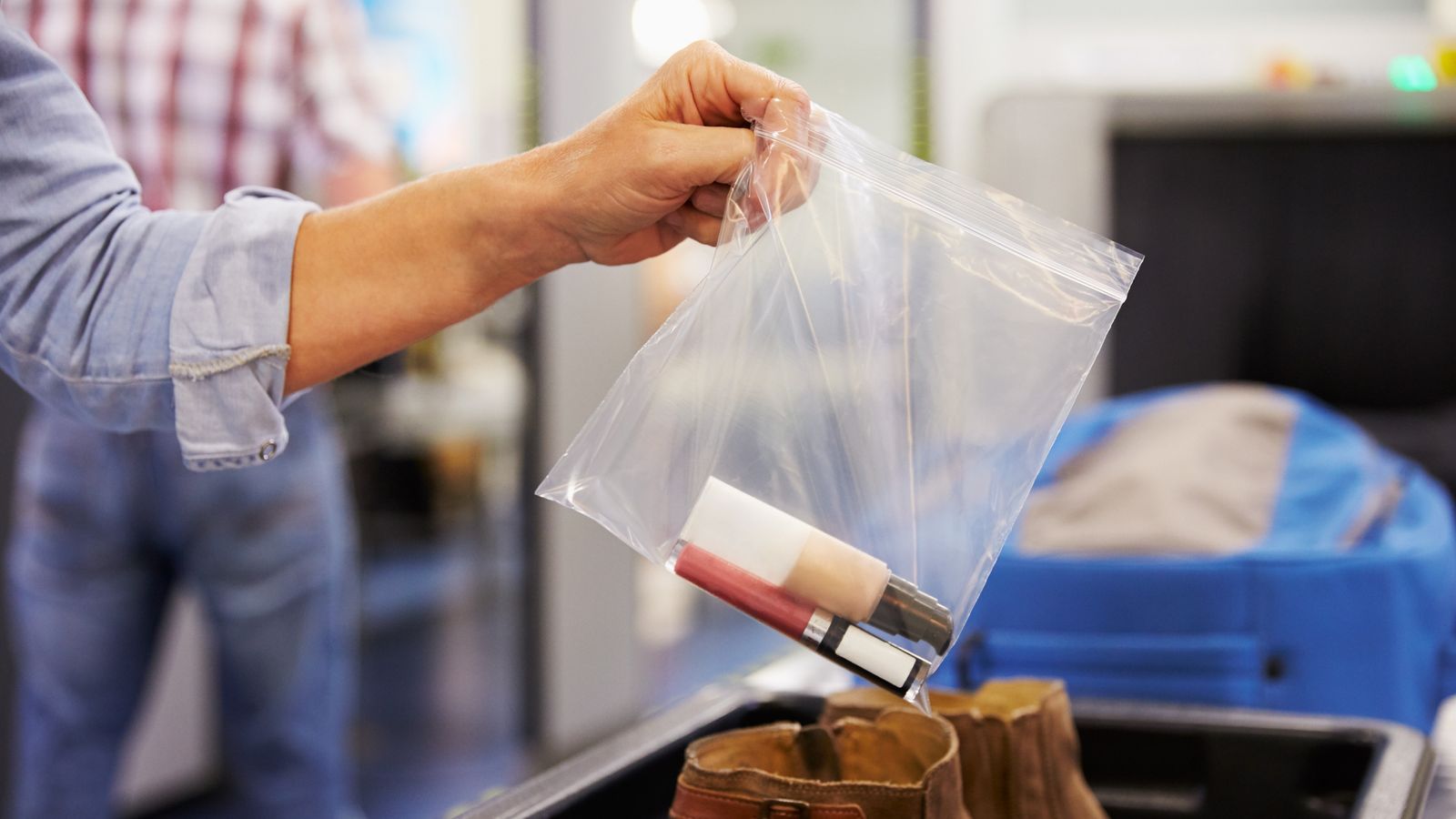 Airport security rules on liquids and laptops to be relaxed

The government has set a deadline of June 2024 for major UK airports to install new security technology, which will make obsolete the rule to bring no more than 100ml of liquid in a container and remove large electronics from hand luggage.
The rules limiting the volume of liquids allowed on planes and requiring electronics to be taken out of hand luggage in security are to change.

The government has set a deadline of June 2024 for major UK airports to install new security technology, which will make obsolete the rule to bring no more than 100ml of liquid in a container and remove large electronics, such as laptops and tablets, from hand luggage before proceeding through scanners.

New regulations being put in place by the Department for Transport removes parts of EU law governing how new technology and processes can be implemented, allowing new technology to be installed, a spokesperson said.

The department said major airports, such as Gatwick, Heathrow, Manchester and Birmingham will be subject to the deadline.

Current rules will remain in place until then.

Since a terrorist threat in 2006, liquids have been limited in volume to 100ml and must be shown in a clear plastic bag. The rule is aimed at stopping liquid explosives being carried on to planes.

But this will no longer be a requirement and passengers may bring up to 2 litres of liquid through security.

Most major airports are to roll out the technology over the course of the next year, Transport Secretary Mark Harper said.

"By 2024, major airports across the UK will have the latest security tech installed, reducing queuing times, improving the passenger experience, and most importantly detecting potential threats," he added.

The department warned customers to check the return rules for carrying liquids at any airport which they may travel or transfer through.

"Many destinations may not have implemented this new technology," it said.

Trials of new 3D security scanners had been conducted at some airports.

Those trials demonstrated the effectiveness of the screening equipment, the department said.

They are already used in airports such as Schiphol in Amsterdam.

Responding to the announcement, the Airport Operators Association (AOA) said: "This investment in next generation security by the UK's airport operators will provide a great step forward for UK air travel, matching the best in class around the world."

"It will make the journey through the UK's airports easier and air travel itself more pleasant," said AOA's policy director, Christopher Snelling.

The finances of airports have been hit by COVID-19 related lockdowns, with passenger numbers yet to return to pre-pandemic levels at airports such as Heathrow.
#COVID-19  #Covid
Add Comment