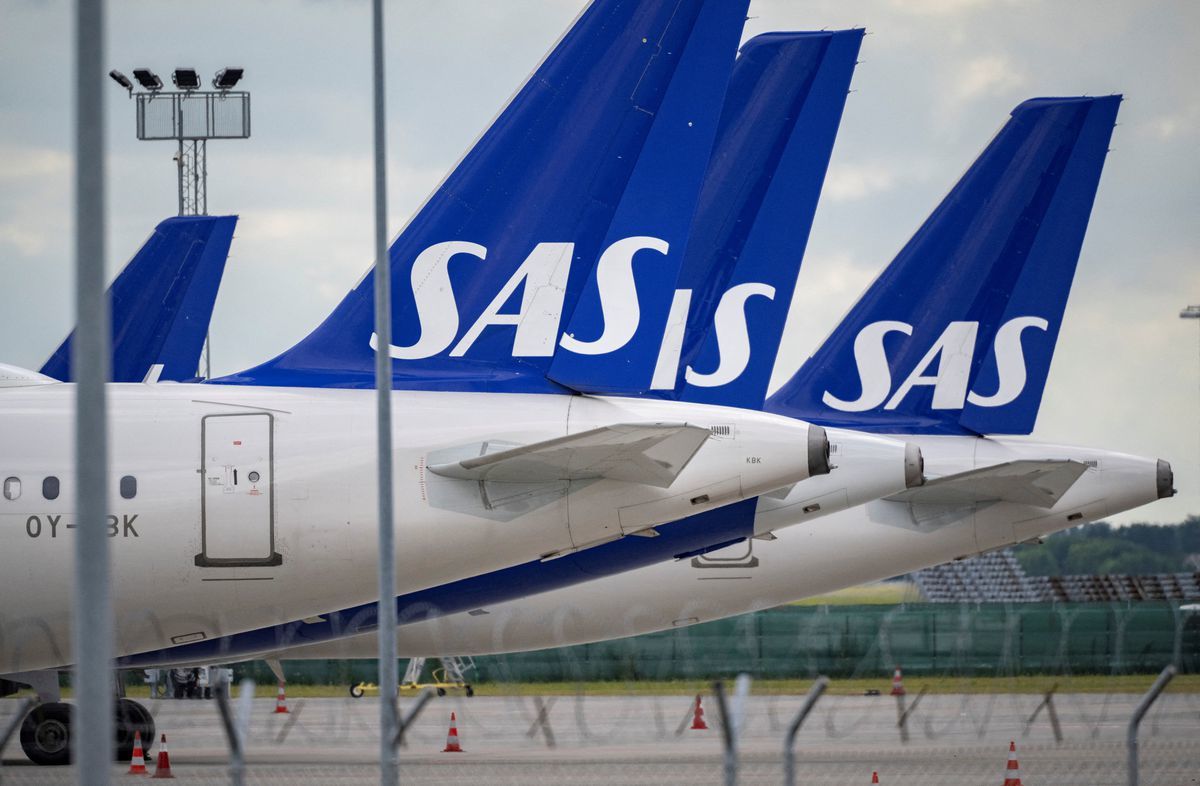 Scandinavian airline SAS has filed for bankruptcy protection in the United States to help cut debt, it said on Tuesday, warning strike action by pilots had deepened its financial crisis.
Wage talks between SAS and its pilots collapsed on Monday, triggering a strike that adds to travel chaos across Europe as the peak summer vacation travelling season shifts into full gear for the first time since the COVID-19 pandemic struck.

That accelerated the airline's decision to file for Chapter 11 bankruptcy protection in the United States, its Chief Executive Anko van der Werff said, as it sought breathing space to carry out restructuring plans.

"SAS aims to reach agreements with key stakeholders, restructure the company's debt obligations, reconfigure its aircraft fleet, and emerge with a significant capital injection," it said.

The company said in its court filing the strike would cost it $10 million to $13 million per day, while a Sydbank analyst estimated in a worst-case scenario it could erase up to half of its cash flow in the initial four to five weeks alone.

SAS said discussions with lenders regarding another $700 million of financing were "well advanced".

It said it would continue to serve its customers throughout the bankruptcy process, although the strike is grounding roughly half the airline's flights, affecting some 30,000 passengers per day.

Data from flight tracking website FlightAware showed 232 SAS flights - 77% of those scheduled - had been cancelled on Tuesday, while Oslo's Gardermoen airport, one of SAS' hubs, had the world’s highest cancellation rate on the day.

The airline, whose biggest owners are the Swedish and the Danish states, said the bankruptcy protection filing was aimed at accelerating a restructuring plan announced in February.

It expects to complete the Chapter 11 process in nine to 12 months, it added. SAS shares, which can be traded as normal during the bankruptcy proceedings, were down 14% at 1019 GMT.

Wallenberg Investments, SAS's third biggest shareholder with a 3.4% stake, said it supported the decision and would allow for talks to continue to attain a level of costs and debts that made the airline competitive.

"For decades, SAS has had too-high costs and too-low productivity compared to its rivals," it said.

SAS needs to attract new investors and has said to do that it must slash costs across the company, including for leased planes that stand idle because of closed Russian airspace and a slow recovery in Asia.

Its finance chief Erno Hilden said in the court filing the airline had so far been unable renegotiate lease terms, many of which it said were "significantly above" market rates.

In terms of debt, SAS had three bonds outstanding , , with a total face value of 5.4 billion Swedish crowns ($519 million). They now trade at deeply distressed levels of around one third of face value.

The airline predicted its cash balance of 7.8 billion Swedish crowns was sufficient to meet its business obligations in the near term.

It added however that the strike "has a negative impact on the liquidity and financial position of the company and, if prolonged, such impact could become material".

Sweden's government has said no to injecting more cash into the carrier, while Copenhagen has said it may do so if SAS is able attract new investors.

Nordnet analyst Per Hansen said the application showed SAS needs a fresh start and that it thinks the strike will drag on.

"Chapter 11 protection comes early," he said. "Management and the board want to make it absolutely clear for all stakeholders that the situation is very serious."