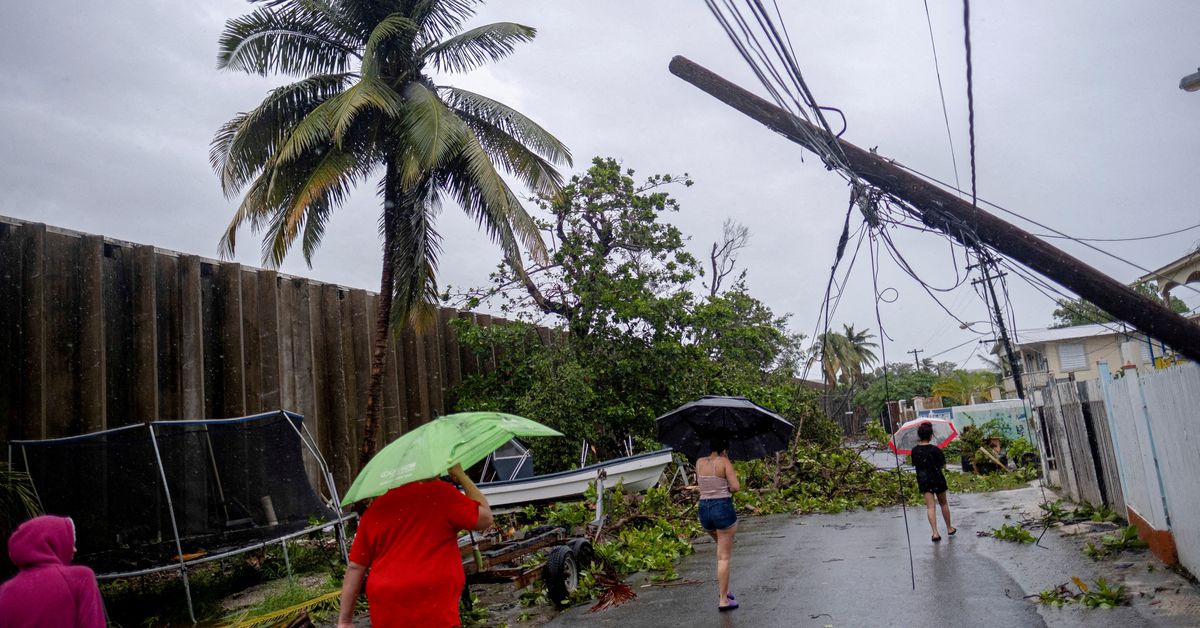 Around 82,000 homes and businesses were still without power in Puerto Rico on Thursday, over two weeks after Hurricane Fiona caused an island-wide outage for its 3.3 million people.

Fiona plowed into Puerto Rico on Sept. 18, about five years after Hurricane Maria also knocked out all power on the Caribbean island.

After battering Puerto Rico and the Dominican Republic, Fiona turned north and slammed into eastern Canada on Sept. 24, leaving more than a third of Nova Scotia without power.

PowerOutage.us said that about 82,000 customers were without service in Puerto Rico Thursday afternoon, down 118,000 from early in the day, based on information from LUMA Energy, which operates the island's grid.

That pace of restoration - though slow - was faster than after Maria when almost all 1.5 million customers had no power for a week. At that time the now bankrupt Puerto Rico Electric Power Authority (PREPA) was still operating the grid.

It took PREPA about 11 months to restore power to all customers, but Maria was a much more powerful storm than Fiona.

LUMA Energy said it restored service to 1.407 million, or about 96% of all customers by early Thursday and expects to return power to 90% of customers in the hardest hit areas by the end of the day, so long as sufficient generation is available. 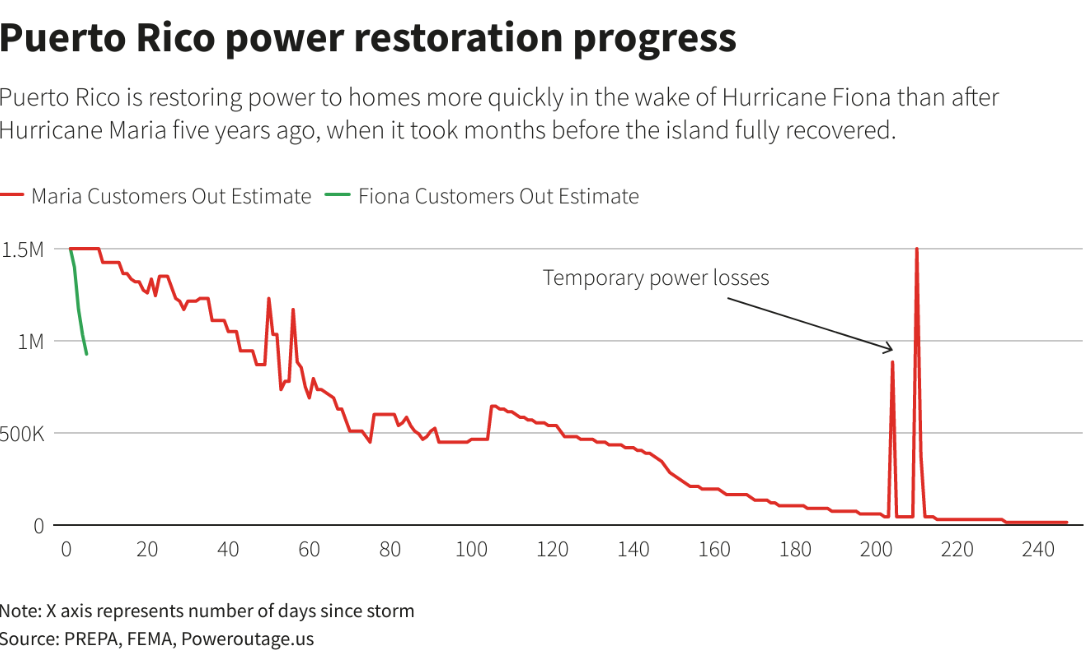 Puerto Rico is restoring power to homes more quickly in the wake of Hurricane Fiona than after Hurricane Maria five years ago, when it took months before the island fully recovered.